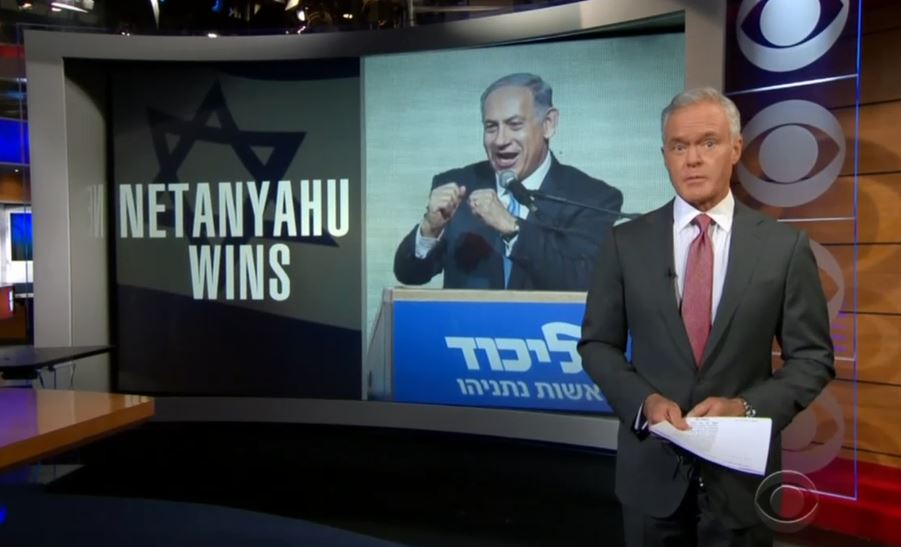 This week, the media’s reaction to the Israeli election seemed indistinguishable from the reaction of the Obama White House.

Not only were journalists surprised by Benjamin Netanyahu’s victory on Tuesday (they apparently believed pre-election surveys showing his party trailing by 2 to 4 seats; they ended up winning by 6 seats), but they seemed distressed by the result.

On Tuesday’s NBC Nightly News, fill-in anchor Lester Holt predicted the results “could destroy any chance of a peace plan.” Over on CBS that night, correspondent Barry Petersen fretted that because of Netanyahu’s victory, “peace will be hard....Not a lot of optimism on this front.” 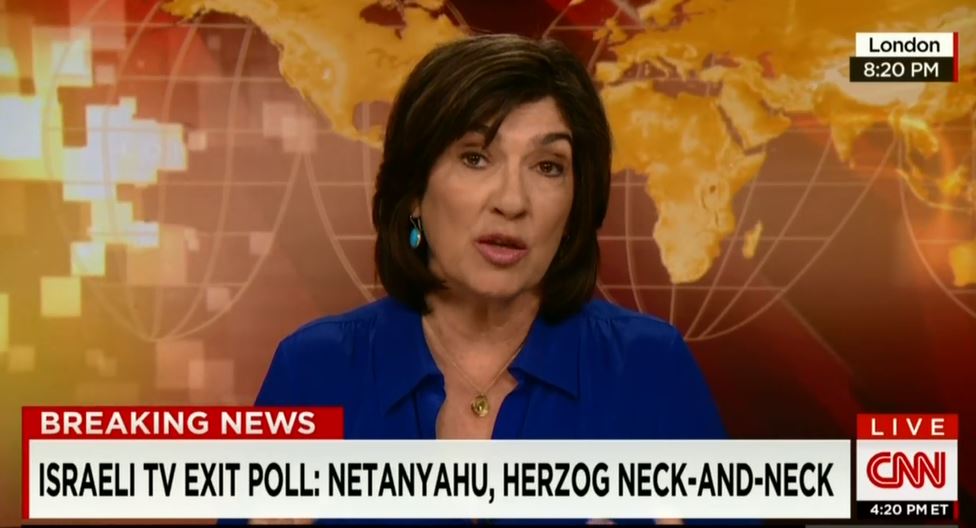 Earlier on CNN, shortly after the polls closed and it became clear Netanyahu had done better than expected, Christiane Amanpour channeled the hostility of Arab Israelis who, she said, “feel that the Likud Party and the right wing do have a, sort of, racist policy towards them and it’s very scary for them.”

Usually after an election, there’s at least a short media “honeymoon,” where journalists try and support the voters’ decision. But liberal outlets didn’t soften their criticism of Netanyahu; they torqued it up after his victory.

The alleged “news” story on the front page of the next morning’s New York Times by Jerusalem bureau chief Jodi Rudoren said Netanyahu’s campaign “offended many voters and alienated allies....It remained to be seen how his divisive — some said racist — campaign tactics would affect his ability to govern a fractured Israel.”

In attacking Netanyahu’s campaign tactics, some liberal journalists smeared American conservatives as well: “In what appeared to be a panicked last-ditch ploy to turn out right wing voters today, he took another page in the American playbook, resorting to demagoguery,” MSNBC’s Chris Hayes announced on Tuesday night, saying of Netanyahu: “He is Israel’s George W. Bush.” 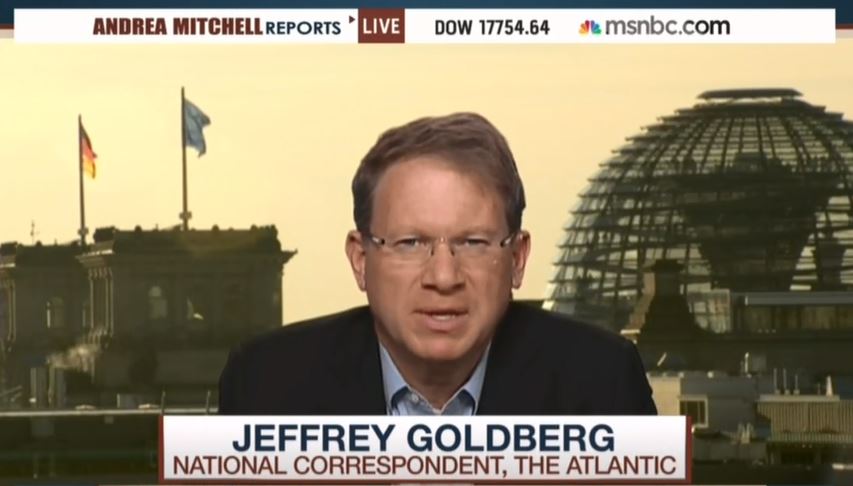 On Wednesday, The Atlantic’s Jeffrey Goldberg hit the same note on MSNBC’s Andrea Mitchell Reports: “He kind of played the Israeli version of the Southern Strategy and basically tried to scare his base into coming out and giving their votes to him by saying, essentially, ‘the Arabs are coming.’...He used that as a scare tactic. So it’s a pretty brutal 48 hours from certain perspectives.”

Here’s what Netanyahu posted on his Facebook page on Tuesday that so offended journalists: “The right-wing government is in danger. Arab voters are coming out in droves to the polls. Left-wing organizations are busing them out.”

The various Arab parties that cooperated to form a Joint List for Tuesday’s election all vehemently opposed Netanyahu for Prime Minister. So how is it wrong to point out, in essence, that “the other side seems to be getting its voters out, so we’d better, too.”?

The New York Times editorial page on Wednesday was especially apoplectic: “It is hard to know what is more depressing: that Netanyahu went for the gutter in the last few days in order to salvage his campaign — renouncing his own commitment to a two-state solution with the Palestinians and race-baiting Israeli Jews to get out and vote because, he said, too many Israeli Arabs were going to the polls — or the fact that this seemed to work,” griped columnist Tom Friedman.

Friedman was mild compared to the paper’s main editorial that day: “Mr. Netanyahu’s demagogy further incites the rage that has torn the country apart. There were other inflammatory moments in recent days....He made a subversive speech before Congress to castigate the Obama administration for seeking a nuclear deal with Iran....In his desperation, Mr. Netanyahu resorted to fear-mongering and anti-Arab attacks...”

The broadcast networks all cast Netanyahu’s victory as a setback for U.S.-Israeli ties. “The relationship with President Obama is going to be more poisonous,” NBC’s Andrea Mitchell said on Today on Wednesday. The next day, she personally confronted Netanyahu in an interview: “Why should President Obama trust you when you came to Congress to lobby against his negotiations with Iran?”

Since when is giving a speech an act of betrayal? 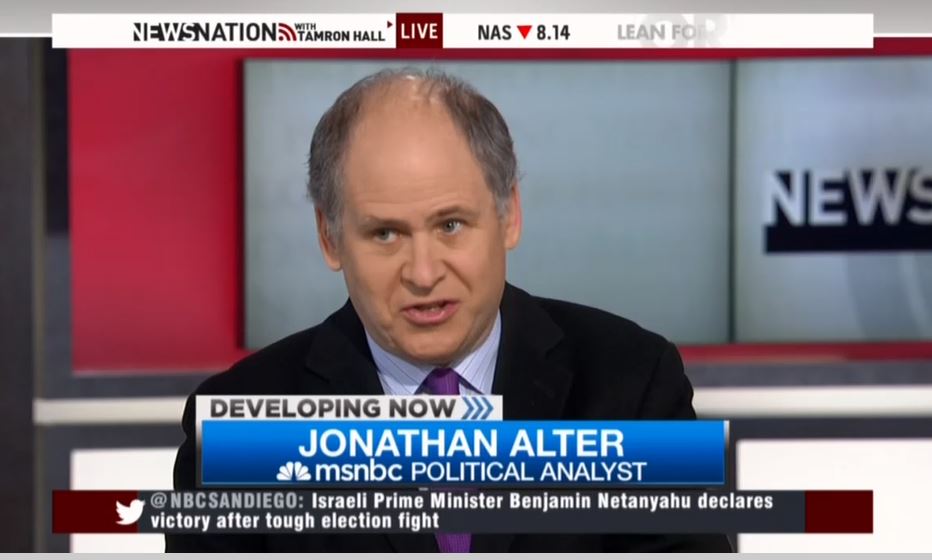 On MSNBC, longtime Newsweek editor Jonathan Alter spoke for most liberal journalists who had hoped the Zionist Union (mostly made up of the left-of-center Labor Party) would win. “Bibi Netanyahu won and Israel lost, because it will now become more isolated in the world....It is very harmful, I think, for the state of Israel in the medium — and definitely in the long term.”

Liberal journalists clearly had hoped, along with the White House, that Tuesday’s election would sweep out the troublesome Netanyahu and replace him with someone more likely to accept Obama’s left-wing approach to ISIS, Iran and other Middle East crises.

What they didn’t count on was that, perhaps, advertising Obama’s disapproval of Netanyahu actually helped the Prime Minister. As guest Frank Luntz said on CBS This Morning on March 18: “The Obama administration today has got to be very disappointed because they had their people over there trying to make a difference and Netanyahu pointed that out. And Israelis don’t want other people, including Americans, telling them how to vote.”