Liberal Web Pundits on the RNC: Reagan’s ‘Morning In America’ Is ‘in the Dumpster’ 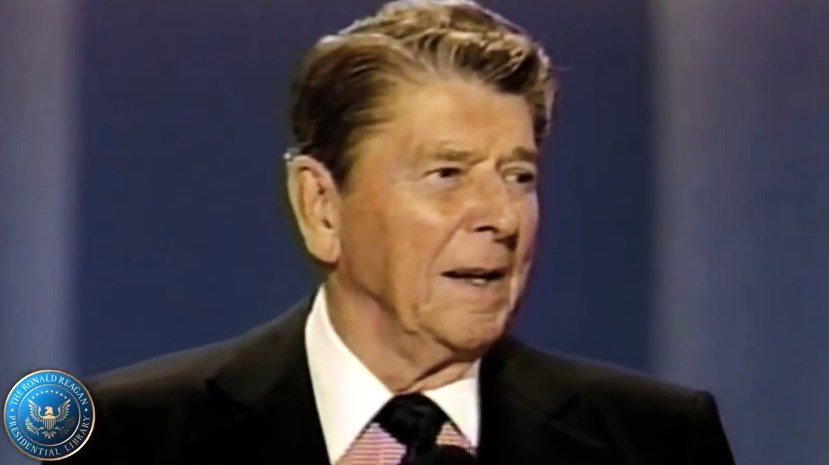 The debate rages on as to whether Donald Trump has remodeled or vandalized the Republican party. In any event, left-wing pundits spent the week gaping at, and writing about, what they viewed as the grotesque spectacle of the RNC. Highlights (bolding added):

Early in the week, Daily Kos’s Hunter opined that the Melania Trump plagiarism story helped the GOP because reporters covered it instead of “the clusterf--k that was the entire rest of” Monday. Otherwise, “the punditry would be agape…at a Republican convention that was barely one step up from an internet-peddled snuff film.”

After the convention was over, another DKos writer, Mark Sumner, alleged sweepingly that Donald Trump’s Thursday-night address “was the ugliest speech ever delivered in the United States—certainly so when it comes to speeches delivered in the name of a major political party, and quite possibly true even if the ranks of venues were expanded to include basement gatherings of Aryan Nations and the bonfires of the KKK.”

Daily Kos founder and publisher Markos Moulitsas proclaimed that a “new Republican Party” had emerged: “Zombie Reagan is good and buried, his ‘Morning in America’ in the dumpster…But as ugly as this is, it’s also refreshing. Because Republicans are no longer pretending to be something that they are not. This is it, modern conservatism, raw and uncensored.”

Salon’s Heather Digby Parton declared that “all that’s left of the ‘three-legged stool’ of conservatism is the seat — racism, nativism and xenophobia.” Similarly, Josh Marshall of Talking Points Memo described Trump as “the product of a political and cultural breakdown on the American right, a swaggering reductio ad absurdum of every breach and breakdown and violation of extra-statutory norms we've seen over the last two or three decades.” Consequently, “as [Slate writer] Will Saletan memorably put it, the GOP is a failed state and Trump is its warlord.”

Trump is hardly a movement conservative, while Barry Goldwater would have been a first-ballot inductee into the Conservative Hall of Fame if such a place existed. Nonetheless, Harold Meyerson of The American Prospect saw similarities between the RNC of 1964 and that of 2016: “These are the two conventions in which an air of barely suppressed violence, of sulfurous hatred, suffused the proceedings.”

Finally, liberals often used to say that Rush Limbaugh was the face of the Republican party, but The New Republic’s Alex Shephard has a different radio host in mind for that title:

The RNC showed much of the Party to be united around a few crucial themes like, “There are too many nonwhite people in this country,” “The nonwhite people inside and outside of the country are going to kill us,” and “Hillary Clinton should be in jail for....uh, all the bad stuff she does.”

There has been a lot of discussion of whether or not the RNC would “normalize” these hateful and abnormal attitudes, but there’s plenty of evidence that they’ve already been normalized throughout much of the Republican Party, if not beyond: This is Alex Jones’s party now.