There is a determined disinformation campaign by the establishment press contending — in the face of admitted evidence to the contrary — that Barack Obama's FBI didn't spy on Donald Trump's presidential campaign in 2016. Mollie Hemingway, senior editor at The Federalist., appeared Thursday on Tucker Carlson's Fox News show to debunk that nonsense.

TUCKER CARLSON: This afternoon, Congressional leaders received a classified briefing from DOJ and intel officials about actual spying that took place in 2016, not spying from spooky Russian agents sent from the Kremlin, but from the Obama FBI. And that might put some of this in perspective. Tom Fitton is the President of Judicial Watch. Mollie Hemingway is an editor at The Federalist. They join us now. Thank you two both. Mollie, I'll start with you. And I hate to start on a media question, but it determines how people understand the story, what they read, and what they see on television. There are still news outlets as of tonight that are pretending like there was no spying on the Trump campaign. So can you just say definitively, do we know as a factual matter that the Obama FBI spied on the Trump campaign, or don't we?

MOLLIE HEMINGWAY: Well, everyone knows that there was a spy. And in fact, people who were involved in the spying are admitting that there is a spy. There's saying, though, that because the government term is "human intelligence," "informant," or something like that, that therefore it's not a spy. Whereas normal Americans understand that when you are gathering information on someone surreptitiously, that's the common definition of "spying." And more than that, that's just a stunning revelation, that this was happening under the previous administration, that there would be this kind of surveillance, not just at least one human intelligence informant, but also wiretaps, national security letters — which are how you can secretly get a subpoena —

HEMINGWAY: And who knows what else is going on? So actually like, widespread spying, involving multiple people in the Trump campaign. And we still don't really know what's going on, because they're trying to fight (unintelligible).

In later portions of the segment, Judicial Watch's Fitton reinforced Hemingway's point about federal law enforcement's lack of cooperation. Later, Hemingway assessed why the agencies involved are holding out so stubbornly:

FITTON: ... These agencies have contempt for Congressional oversight.

HEMINGWAY: ... In addition to the issue that the Department of Justice thinks they are accountable to no one, not the President, under whose, in whose branch they serve, or Congress, which funds them and created them — I think it also must mean that the information is really damaging, really dangerous, that they're willing to subvert any authority in order to keep that a secret. 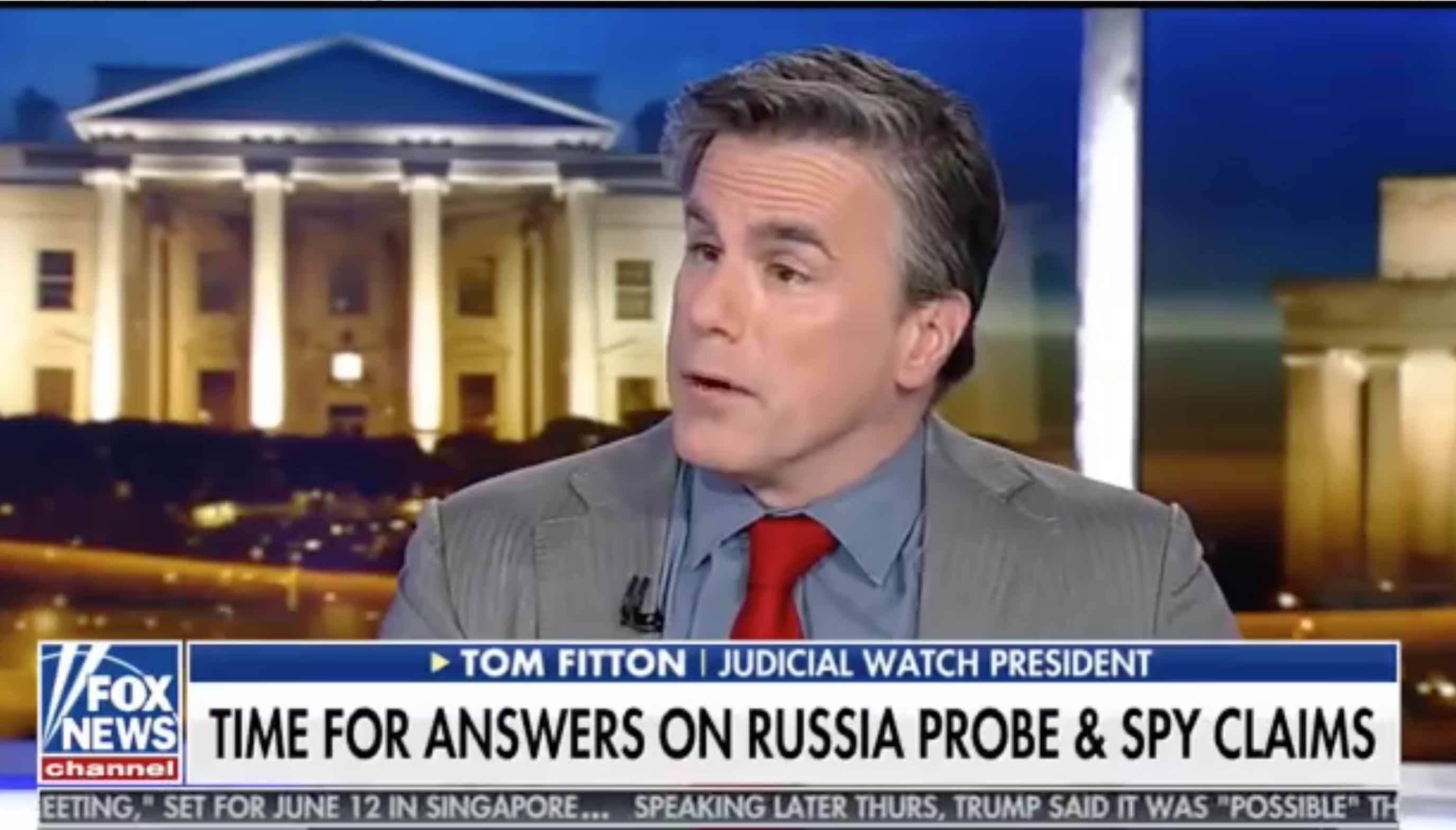 CARLSON: They (the FBI) held that back on grounds of national security. Does that imperil us, Tom, as a country, now that our enemies know that Andy McCabe spent $70,000 on a piece of office furniture?

FITTON: I mean, of course it doesn't, and it shows that the FBI and the Department of Justice can't be trusted to evaluate fairly whether documents should be released or not.

Journalists claiming that the FBI didn't spy on the Trump campaign are using former Director of National Intelligence James Clapper admission of spying as (you can't make this up) their justification.

“They were not. They were spying — a term I don't particularly like — on what the Russians were doing," Clapper said during an appearance on The View to promote his new book, “Facts and Fears: Hard Truths From A Life In Intelligence.”

You simply cannot have an information inside a political campaign and then claim you weren't spying on their interactions with the alleged focus of your undercover efforts — but this is the bizarre alternative reality on which so many reporters and pundits have staked what little remains of their credibility.