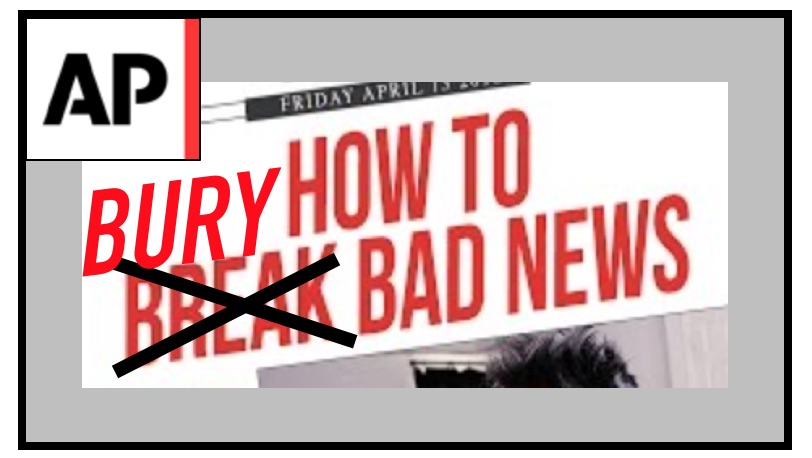 Assuming the journalists there think that orchestrated voter registration fraud and fraudulent voting are legitimate problems, the Associated Press's Friday attempt to explain the developing situation in Indiana on Friday was woefully incomplete.

Unlike in other instances of documented and alleged fraud cited during this election cycle, and perhaps only because law enforcement is involved, the AP has at least given the Indiana situation national attention. But after two shorter stories describing the growing scope of the probe to nine Hoosier State counties and then to 57 (now 56), a Friday "answers" dispatch by Rick Callahan provided woefully insufficient detail about the ACORN-like group behind the alleged fraud under investigation.

Here's what Callahan wrote about the the Indiana activities of and who's behind "Patriot Majority USA," the group that is running the investigated Indiana Voter Registration Project:

Indiana State Police are investigating possible voter registration fraud in 56 of the state's 92 counties in a probe that began in August. The investigation is focusing on the efforts of a Washington, D.C.-based voter mobilization group, Patriot Majority USA, which denies any wrongdoing and says it is being unfairly targeted for political reasons.

WHAT ARE INDIANA STATE POLICE INVESTIGATING?

State Police spokesman Capt. Dave Bursten says the agency began its investigation in late August when it was contacted by voter registration officials in Hendricks County, just west of Indianapolis. They reported that some voter registration applications submitted by the Indiana Voter Registration Project may have been forged, or were otherwise suspicious, he says. Investigators then found "a number of applications" where the signatures were apparently written in the same person's handwriting, raising concerns about forgery. Bursten says other concerns that could suggest fraud were subsequently found on applications the group submitted in Marion County, home of Indianapolis. ...

... The investigation has expanded to 56 Indiana counties because, Bursten says, the State Police have concerns the same problematic applications "might be happening" in those counties. Bursten says State Police are looking into whether the Indiana Voter Registration Project may have submitted applications on behalf of people already registered to vote, without those individuals' knowledge. The probe is also looking at whether the applications contain "possible fraudulent or false information and a combination of made-up names, made-up addresses, real names with made-up or incorrect addresses, false dates of births with real names" — and combinations of those examples, he says. 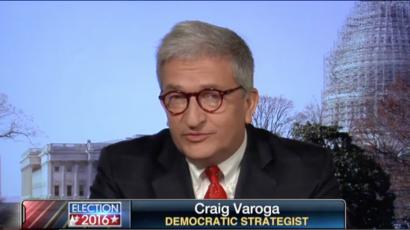 WHAT IS THE VOTER REGISTRATION GROUP THAT'S UNDER SCRUTINY?

The Indiana Voter Registration Project is a statewide voter registration push by Patriot Majority USA, which the Center for Public Integrity calls "a liberal nonprofit" group that's "the most active branch of a family of organizations" that includes a super PAC. The group is helmed by longtime Democratic strategist Craig Varoga, who has worked on numerous Democratic campaigns, including Bill Clinton's, Al Gore's and John Kerry's presidential campaigns. Varoga says he's a Democrat and has "never quibbled" with the Center for Public Integrity's characterization of the group.

Saying that "the family of organizations" which which this group is involved includes "a super PAC" and stopping there is inexcusably vague.

Despite its ready availability, Callahan did not report what the Indianapolis Star reported about the group's funding two weeks ago:

A so-called "dark money" group is at the center of a burgeoning controversy over possible voter registration fraud in Indiana.

Patriot Majority USA, a nonpartisan charitable organization that is allowed to keep its donors secret, is behind the Indiana Voter Registration Project ...

... The group received more than $30 million in contributions in 2014, according to its most recent publicly available filings with the Internal Revenue Service. More than a quarter of that — $8.25 million — came from a single, undisclosed donor.

In a dispatch supposedly designed to provide "answers," Rick Callahan, even though the information was right there, wouldn't tell readers anything meaningful about Patriot Majority USA.

Callahan's failure to disclose extends further. He managed to go to the Center for Public Integrity's description of Varoga's group, but failed to disclose what the Center wrote about it three years ago:

Patriot Majority USA was formed in 2008 and technically spun off into a separate entity in 2011. When it applied to do that, it told the IRS it didn’t plan to hire employees and would instead rely on a “large base of volunteers” to developing and disseminating the organization’s message.

This hasn’t proven true. The organization reported no volunteers last year and paid its founder and president, Craig Varoga, $144,053 last year for 25 hours of work per week, according to its 2012 tax return. Other expenses reported include $11.6 million on a “media buy,” $2.5 million for direct mail production and $1.5 million on voter registration efforts.

... Varoga ... (said) that his group “has been recognized by the IRS and has a very well defined, multi-year, bipartisan primary purpose, which is to work on economic solutions and encourage job creation throughout the United States.”

He wrote that it spent most of its energy last year on a national advocacy campaign including a bus tour and ads promoting voters’ rights and fighting policies promoted by billionaires David and Charles Koch and other conservative interests.

Once again, Callahan, in a dispatch which promised "answers," had nothing to say about damning information readers deserved to see.

For all practical purposes, Patriot Majority USA, deliberately misleading name and all, is perhaps the nation's largest manifestation of the widely predicted low-visibility resurrection of ACORN, the national group which was driven out of business by videographer James O'Keefe in 2009 after sensational videos showed its clearly amateur representatives showing people how to commit tax fraud to facilitate other crimes.

I demonstrated in a post seven years ago that ACORN's "economic activities" were from all appearances a front for its primary mission: submitting large numbers of new voter registrations, many of which ended up being fraudulent in many of the same ways Indiana's police are now describing those submitted by Varoga's group. Likewise, Varoga as much as admitted to the Center for Public Integrity that Patriot Majority USA is in reality putting most of its resources into "voters' rights," apparently including fictitious voters' rights. Given that Democrats at the time held the balance of economic power in Washington, Varoga's supposed economic "fight" with the Koch brothers, who do not hold political office, was a deliberate, low-cost misdirection from his group's real mission.

If the IRS were genuinely interested in monitoring the activities of not-for-profits instead of almost exclusively focusing on harassing conservative and genuine "patriot" groups, it would have followed up on how the Varoga group's activities failed to reflect its stated intentions.

Callahan reports that the supposedly "non-partisan" Patriot Majority USA is now playing the partisanship and race cards, and has gone running to Washington to in an attempt to shield itself from its alleged crimes:

WHAT DOES PATRIOT MAJORITY SAY ABOUT THE ALLEGATIONS?

Varoga says some voter registration applications the group submitted to county clerk's offices were missing information, but none were fraudulent. Attorneys for Patriot Majority USA have asked the U.S. Department of Justice's Civil Rights division to look into whether the State Police investigation is an attempt to suppress the votes of black residents.

Callahan's failure to fully report on the activities and background of Patriot Majority USA — and to give Varoga a platform to recklessly charge that Indiana's Secretary of State is behind the investigation — gives it, and Varoga, a semblance of credibility neither deserve.

The AP's pattern of weak reporting on voter fraud this election season is well-established. The wire service only gave "local story" treatment to a James Madison University student's attempt to submit 19 fraudulent registrations in Harrisonburg, Virginia. More egregiously, it has failed to given any national notice to a shocking study by the Virginia Voters Alliance which found, before being completely stonewalled by state and local officials, that just 8 of Virginia's 133 localities had identified over 1,000 noncitizen registered to vote, and that these noncitizen had cast over 200 actual votes.

As has been the case in the past, the AP's performance in covering potential voter fraud in this election cycle has been poor. Over time, as the problem has grown, its failures have arguably become less excusable as oversights and more likely as instances purposeful, negligent and irresponsible journalism.