When Target Stores reported results for its second-quarter, which ended on July 31, on August 17, the Associated Press's Anne D'Innocenzio told readers that "Sales at stores open at least a year fell 1.1 percent, reversing seven straight quarters of gains," and that "Customer traffic fell for the first time in a year and a half."

What could have caused such a stark reversal, especially in light of the fact that the next day, larger arch rival Wal-Mart reported, as seen in the Wall Street Journal, that "sales at established stores (were) up for the eighth consecutive quarter and more shoppers visiting for the seventh period (i.e., quarter) in a row"? The AP's D'Innocenzio dutifully relayed a statement from Target's chief financial officer in Paragraph 17 of her 19-paragraph report that "the impact of the bathroom issue has 'really not been material.'" Balderdash.

While denying that the problem was significant, Target essentially answered that question to the contrary by announcing that it would spend $20 million to ensure that single-stall bathrooms are available in all stores. Alatheia Nielsen and Katie Yoder at NewsBusters commented on this development on August 19, noting that Target was implementing a solution "that conservatives came up with ... four months ago."

It's not too difficult to build a case that the company's in-your-face response to North Carolina's Public Facilities Privacy & Security Act has already cost it hundreds of millions in annual sales and permanently damaged its brand. 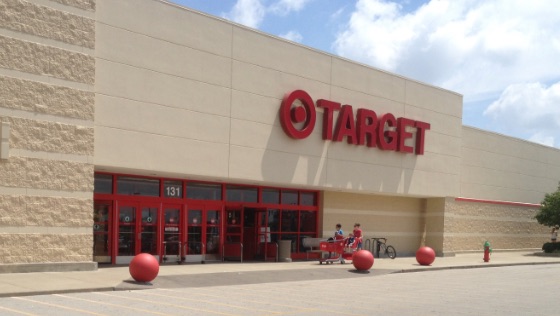 Let's generously assume that only half of that 1.1 percent same-store sales drop occurred because customers incensed with the company's recalcitrance started shopping elsewhere. That's a generous assumption, as the first decline didn't occur until the first full quarter after the bathroom controversy ensued, following seven quarters of sales gains. 0.55 percent of Target's topline full-year revenue of $73.8 billion would be $406 million.

That's painful, but the damage is arguably quite a bit higher. If all of the decline is bathroom controversy-related, the lost sales amount to $812 million. That's not all. One has to address the fact that the company is missing out on sales increases its competitors have seen.

Let's assume that consumer spending during the 12 months which began in May will increase by as much as it did ($420 billion) during 2015. (The fact that consumers have done so largely on borrowed money and that the increases doesn't seem sustainable is a topic for another time.)

The company's topline revenues of $73.8 billion represent about 0.6 percent of all U.S. consumer spending. During their second quarter, Target completely missed out on the increase in consumer spending. If that continues to happen for the next nine months, as it clearly did in the previous three, the company will have missed about $252 million in sales (0.6 percent of $420 billion) it should have garnered. Combined with the $406 million to $812 million calculated earlier leads to a total of $658 million to $1.064 billion.

If one believes that the company's single-stall solution is considered acceptable — many involved in the original outcry and ensuing boycott insist that it's not — there's still the question of lingering resentment. Once you lose a customer in these situations, it's quite difficult to get them back. Ask General Motors about that. Lingering resentment over the Obama administration's first-term $50 billion bailout of the company partially explains why its market share has steadily declined to below 17 percent year-to-date compared from over 19 percent in 2010.

Most of the press, with the notable exception of Hayley Peterson at BusinessInsider.com (Headline: "The Target boycott is costing more than anyone expected"), has done what the AP's D'Innocenzio did in merely relaying the company's hardly credible denial. If the company doesn't think that serious damage has been done, why has it also lowered its sales and earnings guidance for the rest of the year, including a statement, as relayed by AP, that "Same-stores sales could fall as much as 2 percent in the second half of the year"?

Of course, that statement, which should have appeared in very early paragraphs, didn't show up until D'Innocenzio's final sentence.