On May 1, the Washington Post's Jackson Diehl warned: "We ignore Venezuela’s imminent implosion at our peril," noting that the South American nation of 30 million "has descended into a dystopia where food, medicine, water and electric power are critically scarce." Given the dire humanitarian crisis which has enveloped that country, broadcast media coverage during the ensuing seven weeks, particularly on the Big Three networks, has been sparse to non-existent.

Yesterday, as Major League Baseball's Los Angeles Dodgers faced the Milwaukee Brewers in LA, legendary Hall of Fame broadcaster Vin Scully, in a 20-second monologue between pitches, did more to substantively educate his audience about the tragic reality in Venezuela than most of the U.S. press has done in months (HT Twitchy):

VIN SCULLY: Socialism failing to work as it always does, this time in Venezuela. You talk about giving everybody something free and all of a sudden there's no food to eat.

And who do you think is the richest person in Venezuela? The daughter of Hugo Chavez. Hello. Anyway, 0 and 2.

Scully's statement about María Gabriela Chávez is from all appearances correct.

It was likely true a year ago: 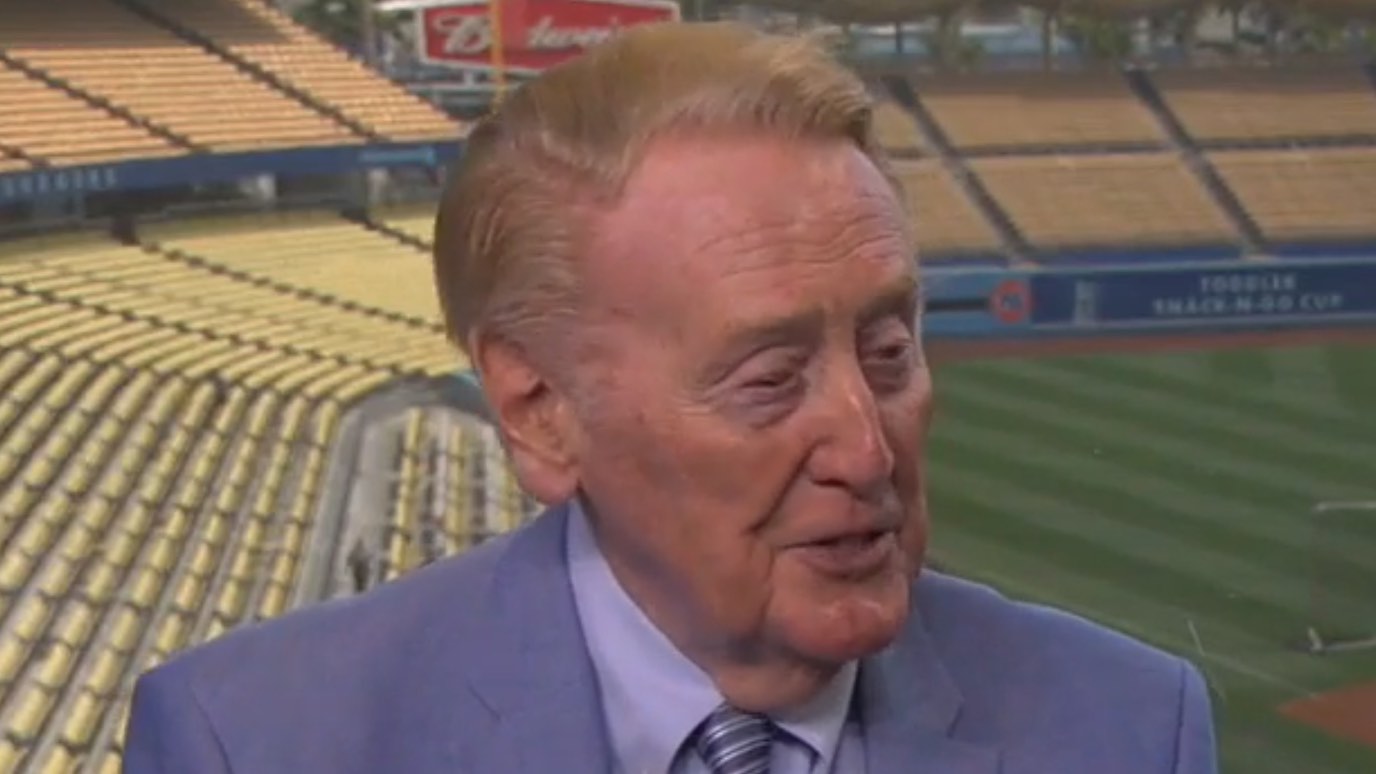 Media reports suggest that Chávez’s daughter has US$4.2 billion stored in bank accounts in the United States and Andorra, which might make her the wealthiest person in Venezuela.

Critics have pointed to a supposed inconsistency: how can one support the so-called Bolivarian Revolution while enjoying such enormous riches? However, the premise of this critique is flawed, because it assumes that Chavismo emerged to uphold rights and equality.

In countries like Venezuela, the inequality between crony politicians and common citizens is evident. The first group enjoys considerable privileges, while the latter struggles to avoid drowning in a sea of inflation, shortages, and unemployment.

A year ago, Chavez's $4.2 billion fortune stashed overseas would have put her ahead of Venezuelan billionaires "telecommunications magnate Gustavo Cisneros (worth $3.6 billion, according to Forbes) and food and beverage mogul Lorenzo Mendoza ($2.7 billion)."

But this year, Forbes estimates those two gentlemen's net worths as $2 billion and $1.5 billion, respectively, making Ms. Chavez reportedly twice as rich as anyone else in Venezuela.

Scully had only 20 seconds, so he didn't have time to mention the fact that doctrinaire socialist governments inevitably devolve into outright tyranny.

In Venezuela's case, though the press refuses to accurately characterize the situation, "President" Nicolas Maduro, in full possession of "temporary" emergency powers he will renew as long as he feels like it, has been that country's de facto dictator for months, and will continue to be unless and until his opponents' one last hope for nonviolent reversal, a national recall facing huge legal and Maduro-inspired obstructionist hurdles, is successful.

In the meantime, to name just two outrages in a very long list, babies who could have been saved routinely die in disgracefully undersupplied hospitals, and food riots have brought out the military.

The problem, as explained by someone whose sympathies are clearly ordinarily leftist, is that "The left acts as if all 'leftist' governments must be unconditionally defended, no matter how authoritarian and corrupt they become."

In the pre-New Media era, the sympathetic press's role in this was to suppress the reality. Now all it can do — which, to be clear, is still dangerously derelict and irresponsible — is to avoid relaying the reality to the average person as long as possible, and when it can no longer be ignored, to relay it grudgingly.