Apparently, the establishment press is waiting for its marching orders on how to handle what an Investor's Business Daily editorial has already called a "scandal."

This one's a joint effort involving Hillary Clinton, Sidney Blumenthal, a recently deceased former CIA operative named Tyler Drumheller who worked with Blumenthal — and CBS News. As Mark Hemingway at the Weekly Standard reported Tuesday afternoon (i.e., now approaching two overnight news cycles ago), "Drumheller, the former chief of the CIA’s clandestine service in Europe who was working directly with Blumenthal as a member of Clinton’s spy network, was concurrently working as a consultant to CBS News and its venerable news program 60 Minutes." IBD's question, reacting to Hemingway's report: "Who is more corrupt, Clinton or the mainstream media?"

Hemingway writes that Drumheller, who brought forth cheers from the the establishment press during the previous decade, and even in an August obituary, for exposing false claims made by an Iraqi defector — note that this doesn't change the fact that there were weapons of mass discussion in Iraq, something that will never change regardless of the press's attempt to discredit it —wasn't just some guy who showed up to give his opinion from time to time on talking-head shows.

It was much more than that. Hemingway presented evidence that Drumheller influenced CBS's coverage of the Benghazi, Libya attack which killed U.S. Ambassador Christopher Stevens and three others, coverage which "just so happened" to protect the Obama administration and Mrs. Clinton and discredited a story a year later presented by 60 Minutes' Lara Logan:

What Was a Member of Clinton's 'Secret Spy Network' Doing While Working for CBS News? 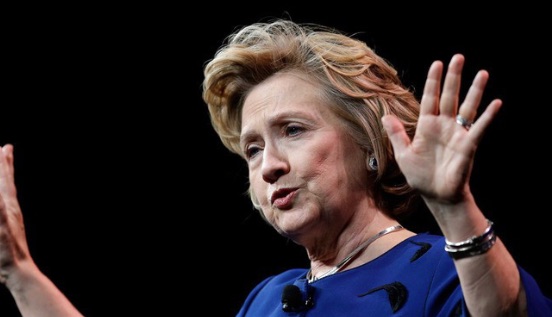 ... According to WEEKLY STANDARD sources, Drumheller was active in shaping the network’s Benghazi coverage. His role at the network raises questions about what went wrong with the retracted 60 Minutes report on Benghazi that aired in October 2013. Despite his former life as a high ranking CIA official, Drumheller was laden with political baggage, making him a curious choice to be consulting with a major news operation—especially so given that he was working directly with Sidney Blumenthal, whose primary occupation appears to be manipulating media coverage on behalf of the Clintons.

CBS does not deny that Drumheller was working with the network, though a CBS spokesman would only say, "Tyler Drumheller was not involved in any way on the Benghazi story." CBS was also asked if the network understood he was helping Blumenthal prepare reports on Libya for Secretary of State Clinton at the same time he was working with the network. Additionally, THE WEEKLY STANDARD asked CBS to clarify if Drumheller otherwise involved in the network's coverage sensitive national security issues while he was also apparently working on Hillary Clinton's behalf. Finally, CBS News was asked if they had done any internal review to determine whether Drumheller had influenced coverage in a way that may have unfairly benefited Hillary Clinton and the Obama administration, since the public revelation of his conflict of interest. CBS did not clarify whether their statement that Drumheller was not involved "on the Benghazi story" referred specifically to the controversial Lara Logan report for 60 Minutes or CBS's coverage of the Benghazi scandal generally. The network was given an opportunity to address these specific questions and actively declined to expand on their terse statement.

... As for his role at CBS News, CBS's statement that their prominent intelligence consultant wasn't involved in consulting in their coverage of the biggest intelligence story in years is curious. Multiple WEEKLY STANDARD sources told us that Drumheller played an active role in shaping the most controversial CBS News report since Rathergate, correspondent Lara Logan’s now retracted 60 Minutes report on Benghazi. The report focused on the story of “Morgan Jones” (whose real name was Dylan Davies), a military contractor who was allegedly present for the attack on Benghazi. Jones’s account told a tale of fighting bravely and vainly to rescue the men in the embassy under attack, and reinforced the narrative that the U.S. government could have done more to save the men who died that night. However, after 60 Minutes’s Benghazi report aired on October 27, 2013, it soon emerged that Davies’s story did not match up with State Department reports or the account of his actions that night he gave to his employer, private security firm Blue Mountain Group. Lara Logan eventually took responsibility for the erroneous report, and 60 Minutes went so far as to request Nexis remove the transcript of the broadcast. Davies’s book was scrapped, and he has disappeared from the public eye. After the report, Logan took a seven-month leave of absence from CBS.

However, what seems like a serious but straightforward failure to do basic fact checking is complicated by claims Drumheller was consulting on the report.

Given the Weekly Standard piece's length, this is a good time to interject how Thomas Lifson at American Thinker interprets what happened to Logan's story: "the words 'set up' start to come to mind." Here's why Lifson would write that, getting back to Hemingway's report:

According to a source with extensive knowledge of CBS News operations, of all the senior figures at CBS News and 60 Minutes, Drumheller had a “close relationship” with Bill Owens who was charged with fact checking the story. While New York [Magazine] notes that 60 Minutes made “no calls were made to the State Department or the FBI specifically to vet Davies’s claims,” based on the publicly available emails it would appear that CBS News’s intelligence consultant should have had no problems getting information from the highest levels of the State Department.

All three outlets cited in this post mention another person who was a CBS reporter at the time but no longer is. Here's what the IBD editorial has to say about her:

At least three CBS journalists did try to get the facts — and in varying ways were all punished by their bosses, who were being advised by Drumheller.

Investigative reporter Sharyl Attkisson was repeatedly treated as a troublemaker by CBS executives for her Benghazi coverage, which she recounted in her book "Stonewalled," and saw her stories relegated to the CBS website instead of the evening news.

If this were a story about a Republican administration and conflicts of interest at a center-right media outlet, the establishment press would have had this matter on the front pages and nightly newscasts by now, and would be doing their own independent digging into this conflict-of-interest-riddled mess.

Instead, it involves heavily protected Democrats and the so-called Tiffany network. Thus, a search at the Associated Press on Tyler Drumheller's last name comes up empty, and a Google News search on his full name (not in quotes, sorted by date) returns only the American Thinker item cited earlier.

Perhaps someone at Google can explain why Hemingway's work, which comes up in a general web search, doesn't come up in the news search.