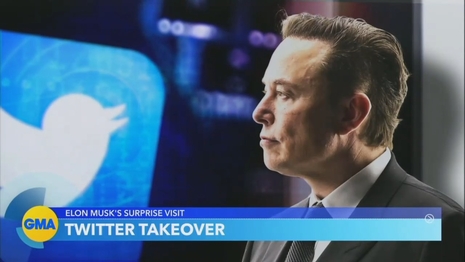 Taxpayer-subsidized NPR had been aggressively ignoring the "Twitter Files" revelations, but when they finally acknowledged them on Tuesday's Morning Edition, the new information was described as an "attention-grabbing stunt," "not a bombshell," and an "ugly" spectacle causing threats of violence to Dr. Anthony Fauci and former Twitter "trust and safety" czar Yoel Roth.

The online headline was Elon Musk is using the Twitter Files to discredit foes and push conspiracy theories.

Morning co-host A Martinez said Musk and Twitter "released internal documents to a handpicked group of journalists who have been digging through them and posting excerpts on Twitter. But is this corporate transparency or just the latest attention-grabbing stunt by the billionaire CEO?"

Tech reporter Shannon Bond bizarrely claimed that Republicans are wrong to claim they were suppressed by Twitter's leftist executive clique:

SHANNON BOND: Now, many Republicans have long claimed they are being censored on social media, even though Twitter's own internal research has found its algorithms favor right-leaning political content. And so Musk and those that he's given access to have framed these documents as this bombshell, as proof that Twitter has, in fact, intentionally suppressed conservatives for politically motivated reasons.

A MARTÍNEZ: All right, Shannon. So now that we have a peek behind the Twitter curtain, what's new to you?

SHANNON BOND: Well, you know, I've covered social media for a while. And this is, you know, an interesting look inside these high-stakes, controversial moderation processes. But it's not a bombshell. I mean, take Twitter's decision in 2020 to briefly [!] block people from sharing a New York Post story based on Hunter Biden's laptop. You know, that was controversial. The company said very publicly later it was a mistake how it had handled this. And these new internal documents -- they show Twitter employees struggling with what to do in that case and questioning their own policies.

MARTÍNEZ: Now, the audience for these files seems to be Elon Musk's conservative supporters. So how are they receiving this?

BOND: Yeah, I mean, for many of them, the mere existence of these internal discussions is the smoking gun. And that's certainly how Musk is framing this. And it's quickly gotten quite ugly. You know, Musk is using this project, which purports to be about transparency, in part to harass people he disagrees with. And he's giving his followers easy targets to go after. Over the weekend, he attacked Twitter's former head of safety, Yoel Roth, who features heavily in these documents, as well as Dr. Anthony Fauci. Musk says he will feature in future installments of the Twitter Files. And in both cases, Musk endorsed conspiracy theories and has triggered violent threats against both men.

Nowhere in this four-minute report was any disclosure of NPR's mistake of claiming the Hunter laptop story was a "pure distraction."

Why haven't you seen any stories from NPR about the NY Post's Hunter Biden story? Read more in this week's newsletter➡️ https://t.co/CJesPgmGvo pic.twitter.com/jAi7PnpbZf

This shows the "Public Editor" shop is not to be mistaken as an independent arbiter of NPR's professional ethics. To read their output it looks like they are there to handle left-wing complaints that NPR is insufficiently left-wing.

They can't imagine anyone rolling their eyes at their latest newsletter topic:

Our last newsletter of the year is out now, and we focus on corrections in journalism. It seems fitting to end the year by discussing the healthy and humbling process of correcting errors. LINK https://t.co/IYt38R8KAy

This report really reveals the NPR hostility to conservatives and how Twitter's "a much less friendly place" for NPR types. Feel free to contact NPR's Public Editor and ask when they'll address their 2020 Hunter Biden mistakes.