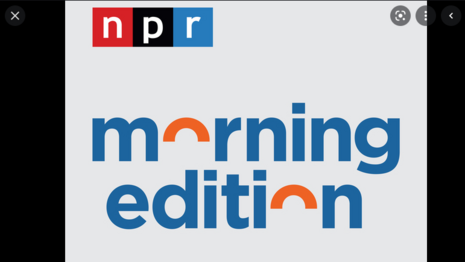 NPR's Morning Edition on Wednesday delighted in a supposedly nonpartisan group that they called the "Sedition Hunters," who have helped scoured videos to help identify suspects in the January 6 riot.

NPR turned to reporter Odette Yousef, whose alleged beat is "extremism," but it's all about right-wing extremism, because this is NPR. In her reports, Antifa or Black Lives Matter only seem to come up as targets of the far right.

Nowhere in this seven-minute story is it explicitly reported that these "hunters" are left-wingers, although it should be obvious. They used more positive terminology. "Sedition hunters" or close variants were used 15 times.

Anchor A Martinez (not the actor) began: "In the days after the violent attack on the U.S. Capitol on January 6 an informal community started coming together online to identify people who took part. These amateur sleuths have come to be known as sedition hunters. And they've been a big help to police. NPR's Odette Yousef is here to tell us more. Odette, all right, 'Sedition Hunters' has a HGTV reality show vibe to it. Who are they?...How are they organized?"

YOUSEF: Well, there have been two big collectives on Twitter called Sedition Hunters and Capitol Hunters, which have been kind of a clearinghouse for information.

But there are also a bunch of independent researchers and some smaller crews that have organized. One of those smaller crews is a group that Forrest Rogers helped to bring together. Rogers is a German American living in Switzerland. And he joined up with a bunch of other online sleuths in the days after January 6 to form a group called the Deep State Dogs. And about a week after the riot, they settled on their first investigation. It was a woman who from some videos made them wonder if she was some sort of congressional insider. 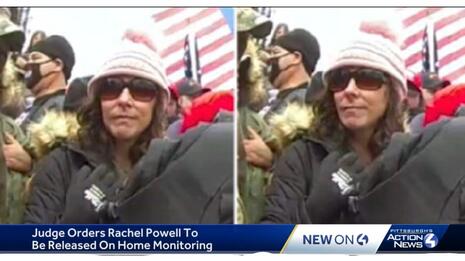 That was the "Pink Hat Lady," who they identified as Rachel Powell from Mercer County, Pennsylvania. After Powell gave an interview to Ronan Farrow about her involvement, she was arrested.

Notice how this probe has Europe-based "sedition hunters." Rogers is not alone:

YOUSEF: Mary has been working with a group called Capitol Terrorists Exposers from her home in The Hague. For security concerns, NPR has agreed only to use her first name. She says she's amazed at how quickly the sedition-hunting community organized itself. They agreed on hashtag nicknames for rioters like Pink Hat Lady. Some built whole websites to organize videos and photos into searchable databases.

Yousef and Martinez seemed to miss the irony of people who are seeking the full names of rioters won't give their own names to media outlets that are glorifying their "sedition hunting." Yousef noted "very few are willing to be publicly identified because there are risks to doing this work. Mary has been doxxed -- meaning her personal information, including pictures of where she lives in The Hague, have been published."

The completely one-sided story was rounded out by the HuffPost:

RYAN REILLY: This is going to unfold, I would say, at least over the next -- I would say, definitely well into 2024, we're still going to be seeing new cases.

It's somehow non-ideological to find all the "sedition" on the far right, and none of it from Antifa. If right-wingers scoured videos of left-wing protesters to get them arrested, that would be painted as terrifying vigilantism.

It's not as fun when NPR snobs get punked with videos.

NPR is paid for by....you. You can share your opinion on this by contacting NPR Public Editor Kelly McBride here.