Just a day after CNN anchor Brooke Baldwin shamed Democrats for using lynching metaphors in politics, CNN commentator Keith Boykin leapt right back into the mudslinging sleaze on The Lead with Jake Tapper on Thursday, comparing Republicans surging into a House impeachment hearing to a Ku Klux Klan lynching party.

First came formerly conservative CNN pundit S.E. Cupp, who used milder metaphors of college streakers: "Matt Gaetz is basically the Will Ferrell [in Old School] of the party -- 'I'm goin' streaking! Who's with me?" Cupp said "These are fraternity stunts...They look like fraternity brothers crashing a party that by the way, many of them were invited to!”

“This looked like a Klan group assembled outside a jail trying to get the sheriff to let them in so they could deliver justice to somebody who was inside. It’s not a good look for our democracy or the Republican Party. Republicans are already on these committees that are in this impeachment investigation… That’s a quarter of the entire Republican caucus already represented, and they’re creating these political stunts in order to throw off the attention. They’re not focused on the issue of why Trump is being impeached.”

CNN's Bianna Golodryga then went on a tear about how President Trump didn't show enough respect for diplomats. Tapper then circled around to tell Boykin that maybe he was just a wee bit, a tad too harsh by dropping the KKK-bomb. 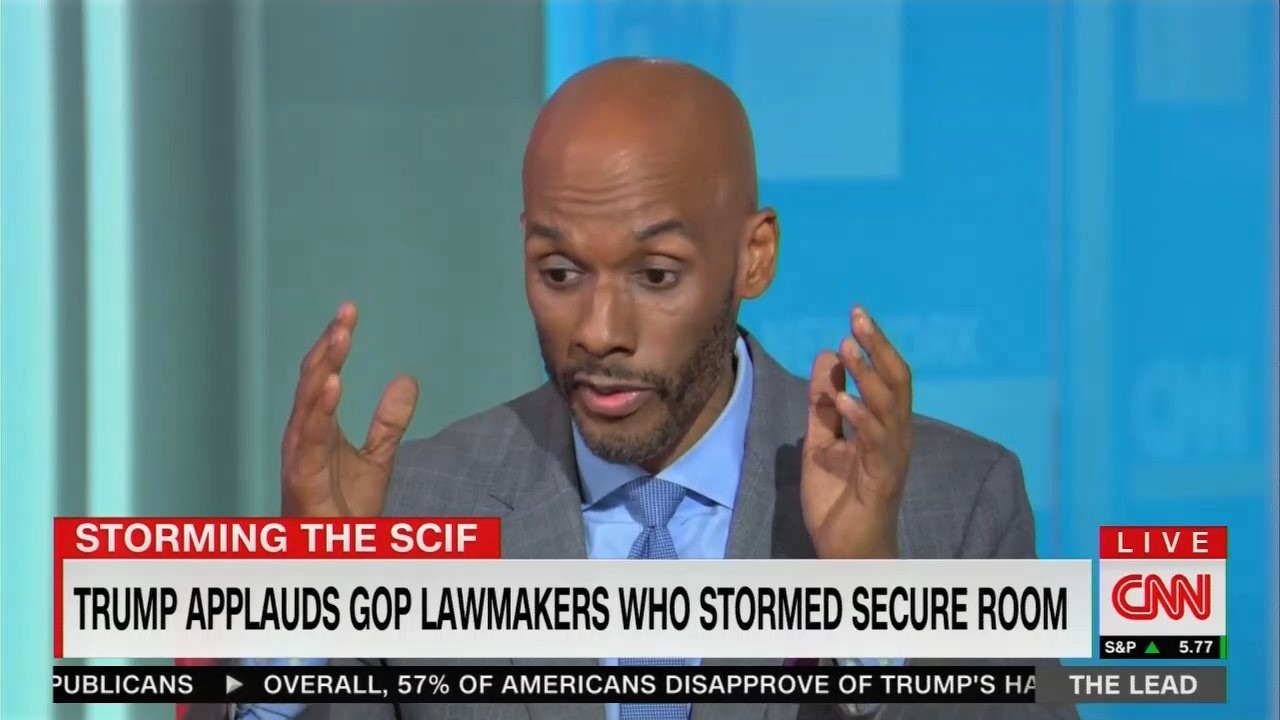 “Respectfully, I think the Klan metaphor was a little strong. I don’t want to get into a whole thing, but earlier this week we were talking about lynching and using that word lightly,” Tapper said.

Boykin wasn't budging. “I used it purposefully, because it's a visual problem, too, to have this group of almost all white men going in – in defense of the white man who already is, I think, by most accounts a racist, instead of dealing with this person who is abusing his power as president of the United States."

“I just wanted to register and we can move along,” Tapper said, and move along he did.

The idea that Tapper's show is some kind of salon of civility took a sizable hit. On the same day when CNN boss Jeff Zucker was crowing to Brian Stelter that Fox News isn't a "news organization" and is "conspiracy TV," CNN is spending its air time comparing Republicans to murderous Klan lynchers.