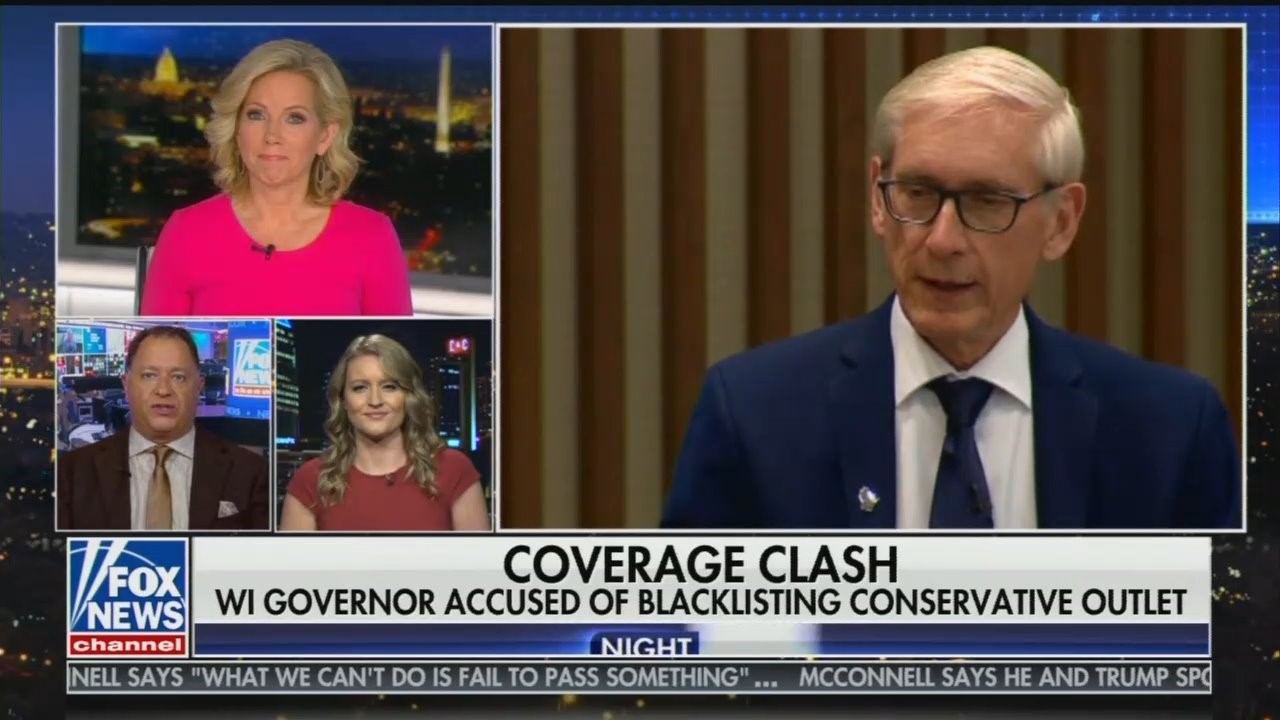 While CNN has obsessed over the Trump administration denying access to hostile journalists in the White House press, only Fox News has noticed that the Democratic governor of Wisconsin, Tony Evers, is giving the cold shoulder to the conservative media in Madison.

The MacIver Institute, which calls itself the "free market voice for Wisconsin,"  initially asked Gov. Evers' office to add them to the media list when he first took office in January. But they didn't receive a response, and haven't received a media advisory notifying them of the governor's planned news conferences or announcements. They also say they were blocked from attending a late February budget briefing hosted by the governor's office, which provided reporters with embargoed information about Evers' proposed two-year spending plan.

So last week, they filed suit against the governor's office.

“The First Amendment guarantees freedom of the press. Courts nationwide have held this means government officials can’t pick and choose which reporters cover their public events. Gov. Evers has spent the past six months excluding the MacIver journalists from his press conferences and briefings. That’s wrong,” said Daniel Suhr, associate senior attorney at the Liberty Justice Center, which was hired by MacIver. “Our country relies on vigilant watchdogs from the news media, and government officials can’t duck hard questions by barring anyone who might ask those questions in a briefing.”

On August 9, Fox News at Night with Shannon Bream explored this controversy.

Attorney Jenna Ellis Rives suggested to Bream to imagine "President Trump saying, or the Press Secretary's office or the DOJ saying, we are going to exclude you from a press list and certain events just because you're the Huffington Post or you're CNN. And so, just because these journalists have gone to one or two events does not justify public officials saying you can't be on our e-mail list, you can't have other information that's generally available to other journalist and specifically excluding them from other events where other members -- and other journalists are able to access."

Attorney Bob Bianchi added that this is something both Democrats and Republicans do. "If they don't like somebody or they don't like a law, then they just decide they're not going to execute or enforce that law, and they're going to force the people that are offended by that to have to go to court, spend a lot of money. Because this governor is not playing to the court of law here in my opinion, Shannon. He's playing to the court of public opinion. His base loves this. So, he wins even if he loses [in court]."

Bream wrapped up the segment by noting Bill Lueders, editor of The Progressive magazine, opposes the Democrat governor on this. "He's like super far left, and he's even out there supporting these guys. He says, if Tony Evers has what it takes to lead state government....he ought to be able to withstand the inclusion and presence of reporters from a conservative news outlet -- even he is on their side."

One would think the First Amendment champions at CNN and the "Democracy Dies in Darkness" corps in D.C. and New York would care about this as well.