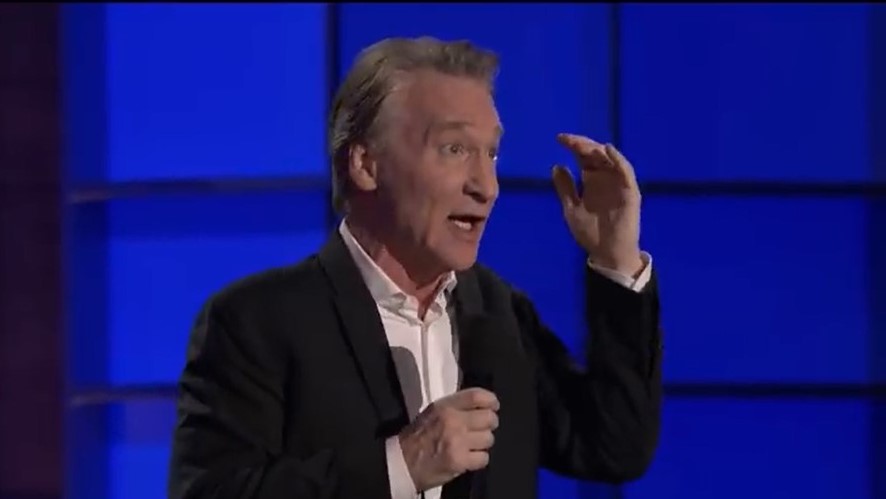 HBO proudly aired their star Bill Maher doing stand-up in Tulsa, Oklahoma on Saturday night, with a routine centering on mocking President Trump. "Doesn’t everything about this man scream microdick? The bragging, and the buildings with my name on it! And the debates. He was talking about his dick at the debates! That guy is president." Maher went on to suggest Trump "never once brought a woman to orgasm."

He added: "Who has rallies after the election is over? Only this psychopath!" That's just false. Clinton had rallies after the Monica Lewinsky scandal broke. Barack Obama had rallies to push Obamacare. But then, Maher would claim he's a comedian, and he doesn't have to be a historian. He also falsely implied Reagan was senile in the White House: "Reagan, the last year, thought the coat rack was Barbara Stanwyck."

He insisted "Above all things in this world, what needs scrutiny and criticism is religion. And that means all of them. This ridiculous fetishization of Islam on the part of so many liberals has got to stop. It's a religion, like every religion, antiquated and dangerous." He said "I'm against it when they throw a tarp over a woman like she's a motorboat...Men make women walk around all day in a f---ing voting booth so they don't have to be responsible for their erections. Your move, #MeToo."

Maher mocked Christians who tried to defend Trump after the Access Hollywood tape came out. “Why even have this argument? I win automatically because I believe in an intellectually embarrassing Bronze Age myth. Boom! Mic drop!”

But Maher doesn't think impeachment would be terrible. “Mike Pence is the kind of loathsome Christian hypocrite that, if I didn’t hate religion already I would start,” Maher said. “But Mike Pence is not trying to become a dictator. He does not talk about locking up journalists and political opponents. He can name all three branches of government. He is within the normal parameters of Republican awful. He is not the head a crime family.”

Marlow Stern at the Daily Beast was not a fan:

For all the vitriol he spews at the president, there are quite a few similarities between a Bill Maher stand-up performance and a Donald Trump rally. There’s yelling. Wild gesticulation. Mocking nicknames. Chanting (“whiny little bitch!”). Punchlines. Obsessing over perceived slights. Culture-war griping. And, for those in the crowd, an unwavering allegiance to the man with the mic, even when he’s, say, lobbing cheap redneck-incest jokes—in Tulsa.