Kelly Jane Torrance of The Weekly Standard wrote a startling article on "Our self-obsessed parochial press corps" in the magazine's May 7 edition. The setting was an April 20 State Department briefing on its report on human-rights abuses in other countries by senior advisor Michael Kozak...but the reporters wanted to focus on the horrors of America, where a president says "Fake News."

The first question came from the Associated Press’s Matt Lee, whose reporting is distributed to outlets across the country and beyond. “I realize that this report doesn’t cover the United States,” he said as he began his query—which focused almost entirely on the United States. “I’m just wondering how effective you think that you can be in leading by example when you accuse numerous countries of, say, assaults on press freedom when here in this country we have a president who routinely excoriates the press, calling individual media outlets—and individual reporters sometimes—fake news,” he asked. “How do you not open yourself up to charges of hypocrisy?”

Kozak gave a clear answer, free of bureaucratese: “[T]he countries that we criticize for limiting press freedom, it’s for things like having criminal libel laws where you can be put in jail for what you say. It’s for things like yanking the licenses of media outlets you don’t like or, in many cases, killing the journalists,” he said. “So I think we make quite a distinction between political leaders being able to speak out and say that that story was not accurate or using even stronger words sometimes, and using state power to prevent the journalists from continuing to do their work.”

The press thinks criticizing them is a human-rights abuse. But the press calling Trump Hitler and so on? That apparently keeps democracy from dying in darkness. Then came Michelle Kosinski from CNN: 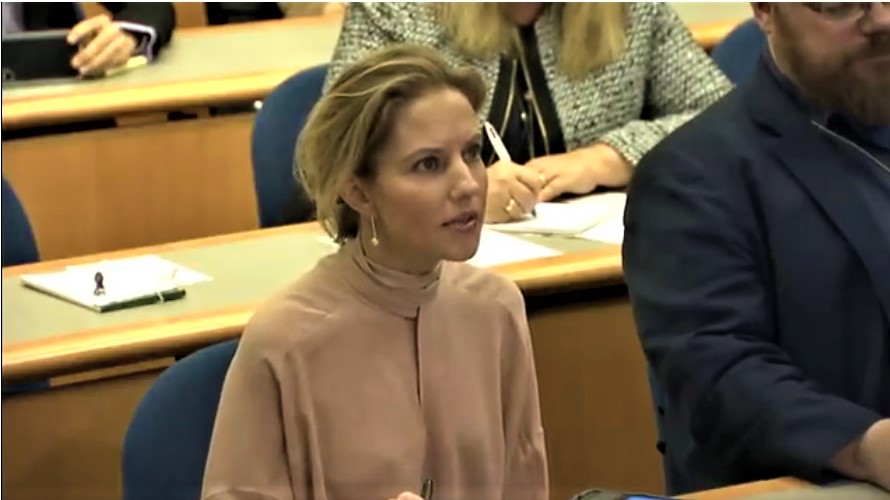 The second question wasn’t any different from the first. “I’d like to know if you think that such statements in the United States weaken the impact of this report, because the American president has called the press an enemy of the people. And I think at one point he called for a closer look at libel laws or something like that,” a CNN reporter said. “Do you think in the eyes of people that are looking at this report, as an example and as a resource, do statements like that currently weaken its impact?”

Kozak, who has served as an ambassador to Belarus and chief of mission in Cuba, where diplomats were sickened by sonic attacks, used his own experiences in reply. “I don’t think we’d have a hard time explaining that in a lot of places. When you talk to some of my friends in Cuba, for example, who try to be independent journalists there and are routinely slapped around—they also get called names. But I think if it were limited to that, they’d be pretty happy as compared to the situation now.”

Torrance also noted another fraction of the opening hypocrisy question from AP’s Lee:

“I’m wondering how you can criticize countries for discrimination against LGBT people when this administration’s stated policy is to exclude transgender people from serving in the military.” It’s astonishing for a reporter to wonder how the State Department can rebuke nations that make same-sex relations illegal or worse. It’s a capital offense in some countries. Can he really be unaware of the number of people murdered each year for their sexual orientation by the actions—or with the approval—of their own governments?

Just an FYI: I found no evidence that AP or CNN found the human-rights report worth a story, but Lee proudly tweeted out his question.

I couldn’t find a single one, for example, who’d had the gumption to ask Iranian foreign minister Javad Zarif about his regime’s harsh treatment of protesters during the many interviews he granted while in New York last week. Since late December, the Iranian government has arrested 8,000 and murdered 50 protesters. Reporters, though, were more interested in his view on the other thing that obsesses them, besides themselves. A not atypical question: “Do you see President Trump as a crafty adversary, a bumbling fool, or someone who is simply ignorant of international relations?”

That question came from Jacob Heilbrunn, editor of the journal The National Interest.

Video of the State Department briefing is below: