Bobby Ross Jr at the blog Get Religion asked a great question: Why must major newspapers publicize “satirical bills” from the Left? It’s not just publicizing them, it’s giving them the press-release treatment, and no opposing view is included. Take this report on a feminist prank in Texas from the Houston Chronicle: 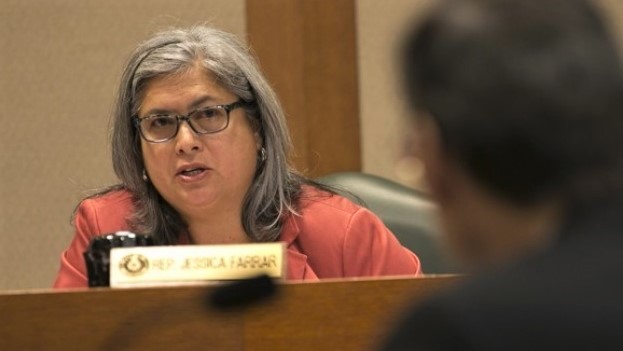 The satirical House Bill 4260 would encourage men to remain "fully abstinent" and only allow the "occasional masturbatory emissions inside health care and medical facilities," which are described in the legislation as the best way to ensure men's health.

Farrar said she created the bill after feeling fed up with the various legislative bills introduced by men addressing women's healthcare.

"A lot of people find the bill funny," Farrar said in a phone interview. "What's not funny are the obstacles that Texas women face every day, that were placed there by legislatures making it very difficult for them to access healthcare."

A man would face a $100 penalty for each emission made outside of a vagina or medical facility. Such an emission would be considered "an act against an unborn child, and failing to preserve the sanctity of life," according to the legislation....

Ross reported that this marks at least the fourth time a state lawmaker somewhere in America has generated a wave of news media coverage with legislation poking fun at pro-life advocates. He pointed out the Texas headlines, which sound serious, not satirical:

Ross noted other news organizations reporting on the bill include the San Antonio Express-News, the Washington Post, BBC News, the Huffington Post and the International Business Times.

Ross wrote that only the Texas Tribune website sought out a pro-life rebuttal in the Texas stories he cited, and that came after Tribune editor Ross Ramsay tweeted “I'm Pretty Sure This Is Going To Be A Famous Bill.”

"I'm embarrassed for Representative Farrar,” Tinderholt said. “Her attempt to compare [HB 4260] to the abortion issue shows a lack of a basic understanding of human biology. I would recommend that she consider taking a high school biology class from a local public or charter school before filing another bill on the matter."

Farrar said the filing of her bill was necessary this session because of the bills she says directly targeted women’s ability to make choices about their own bodies and care. And she told the Tribune that the election of President Donald Trump will add additional hurdles and that the tone regarding women’s health has gotten worse from years past.

“Especially with Trump as president, I think these folks are on fire now. They’re off the chain now,” Farrar said. “If they can elect someone based on making racist remarks and derogatory remarks toward women and such, then we’ve just given them license to offend and license to be even worse than before.”

Abortion advocates can't seem to differentiate between killing a baby and male sexual options. Ross last wrote about a Kentucky bill that Reuters promoted: "A Kentucky lawmaker fed up with anti-abortion laws in her state has introduced a bill that would require men seeking erectile dysfunction drugs to visit a doctor twice, get a note from their wives and swear on the Bible to be faithful." NBC News and The Washington Post also promoted this one-sided satire.