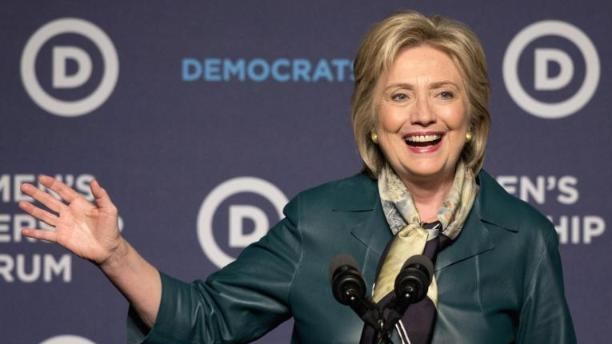 “Begrudging WaPo” became a trending topic on Twitter on Sunday afternoon as Paul Bedard at the Washington Examiner mocked how the Washington Post buried the lead in Sunday’s story on their new poll:

It's not the headline, and it takes 219 words to get there, but a new Washington Post poll on the presidential race reveals that Republican Donald Trump leads Democrat Hillary Clinton among registered voters 46 percent to 44 percent.

Four paragraphs and a sentence in, Dan Balz and Scott Clement arrived at the numbers:

At this point, the two candidates are in a statistical dead heat among registered voters, with Trump favored by 46 percent and Clinton favored by 44 percent. That represents an 11-point shift toward the presumptive Republican nominee since March. Among all adults, Clinton holds a six-point lead (48 percent to 42 percent), down from 18 points in March.

The front-page Balz-Clement article was headlined “Voters accentuate the negative in poll.” (As opposed to the Post, which buried the negative for Hillary fans.) They vaguely said the race “begins in a virtual dead heat,” so why not just throw the numbers, and especially the numbers vs. March?  Instead, they focused on Clinton and Trump having equally bad favorable/unfavorable ratings.

So ask the next obvious question: Did the bury the lead in March? Nope. On March 10 (on page A6), the headline was “Clinton has big edge in matchup with Trump, poll shows.” The news was all good for the liberal perspective:

Powered by the same coalition that twice elected Barack Obama, Democrat Hillary Clinton holds a clear lead over Republican Donald Trump in a hypothetical matchup for the November election, according to the latest Washington Post-ABC News poll.

The survey shows that the former secretary of state is viewed more favorably than the New York billionaire on a series of issues and on a series of candidate attributes, although both rate poorly on the question of honesty.

Clinton leads Trump 50 percent to 41 percent among registered voters and has made steady progress against her potential rival over the past six months. Her margin over Trump has increased from three points last September to six points in December to the current nine points.

That lead is gone. The Post pollsters also showed Democratic favoritism by just trying a three-way race with Mitt Romney (and not one with Bernie Sanders, who is ahem, still running):

The Post-ABC poll tested a hypothetical three-way race that included Trump, Clinton and Mitt Romney, the GOP’s 2012 nominee and one of the most outspoken critics of the New York businessman. Among registered voters, Clinton gets 37 percent, Trump 35?percent and Romney 22 percent. Underscoring the divisions within the GOP ranks, Romney gets a third of Republicans in a three-way race.