CNN journalist Jeff Zeleny on Sunday mocked Donald Trump’s speech in Poland as an antiquated address designed to appeal to “white America” and those who want “America first.” The cable network’s White House correspondent huffed that last week's address, which produced chants of “USA! USA!” from the crowd, “wasn't a modern day speech.”

The nasty Zeleny dismissed, “Thousands and thousands of people were waving American flags and Polish flags. This was not a speech he could have given really any place else. This is a white America, America First kind of speech.”

Mr. Zeleny, why, exactly, couldn’t Trump give that speech in America? One wonders what the reporter would have thought of Ronald Reagan’s “Tear down this wall” remarks.

In 2009, Zeleny wrote for the New York Times and embarrassed himself with this softball to Barack Obama:

A Vox article said the speech sounded like an "alt-right manifesto," and the Washington Post‘s Jonathan Capehart claimed it was full of "white-nationalist dog whistles." 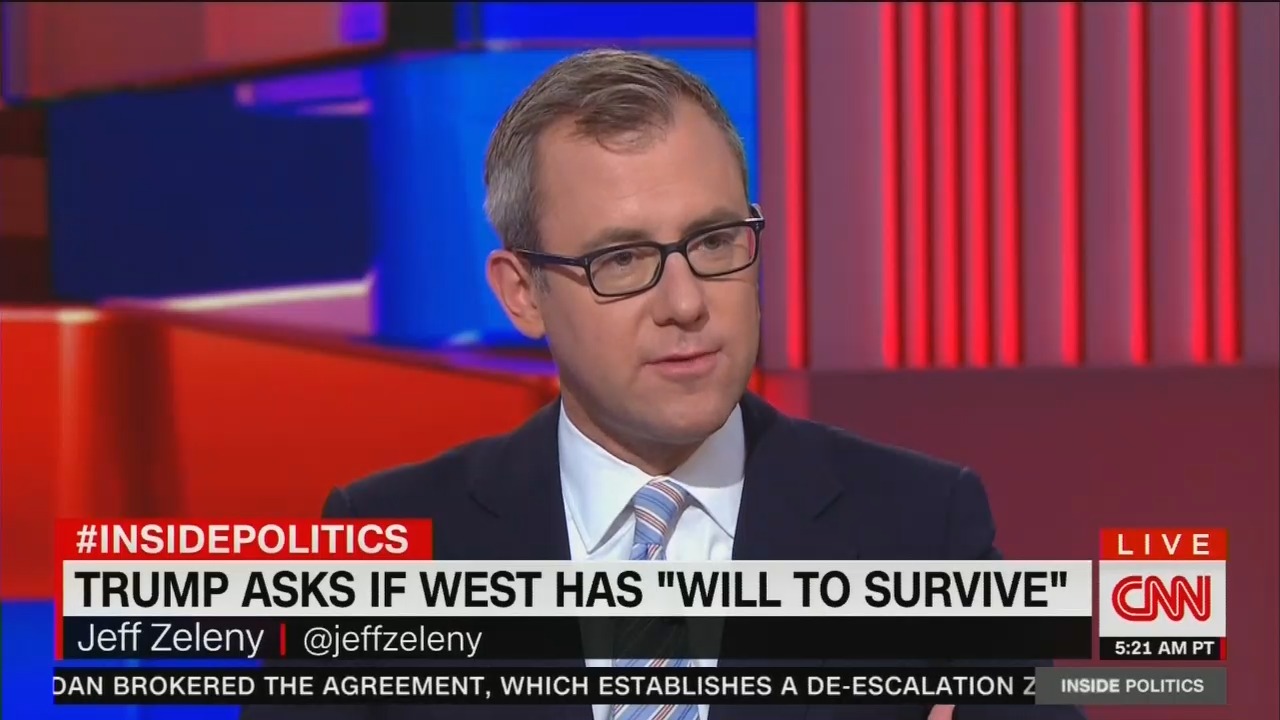 JEFF ZELENY (CNN senior White House correspondent): I think we learned something about his world view. I would argue that this speech is one of the best speeches in terms of thematic and staying on message and offering a world view that he’s given yet. And the setting was interesting. It was in the Krasinski Square in Warsaw.

Thousands and thousands of people were waving American flags and Polish flags. But this is not a speech he could have given really any place else. This is a white America, America First kind of speech. He was offering a very stark view, actually, about the —  about migration, about immigration, about other things. It wasn't a modern day speech, if you will. It was sort of a throwback speech. But he was offering a sense that “be afraid of what is happening in the world now.” This is a Steven Miller-written speech. He’s one of his top policy advisers here. And it was praised in a lot of corners. But he probably couldn't have given that speech here in America.

KING: Whether you agree or disagree with it, it is good to hear a coherent speech from the President outlining his world view. People at home can disagree. They’ll have a debate about it. He connected some dots that a lot of people were saying how does he get from here to there? He did that.