Ever since Colorado legalized marijuana in 2014, CBS This Morning has obsessed over all things pot, showcasing the best places to get high. On Monday, reporter Mark Strassmann touted a new app called High There. Strassmann gushed, "Think of it as Facebook or Tinder for stoners where nearby cannabis users can connect."

As though he were writing a blurb for a movie poster, the journalist enthused, "In Colorado, marijuana apps are part of this altered state. Weed 2.0." There were no hints about the downside to pot usage. Instead, Strassman lamented that a "stigma lingers for stoners, even here."

He promoted the app's founder, Todd Mitchem and the difficulty for pot afficianados to find each other: "Todd is a 44-year-old divorced dad. He said dates often become debates about why he gets high three times a week. It could be a deal breaker. It's legal but not accepted." 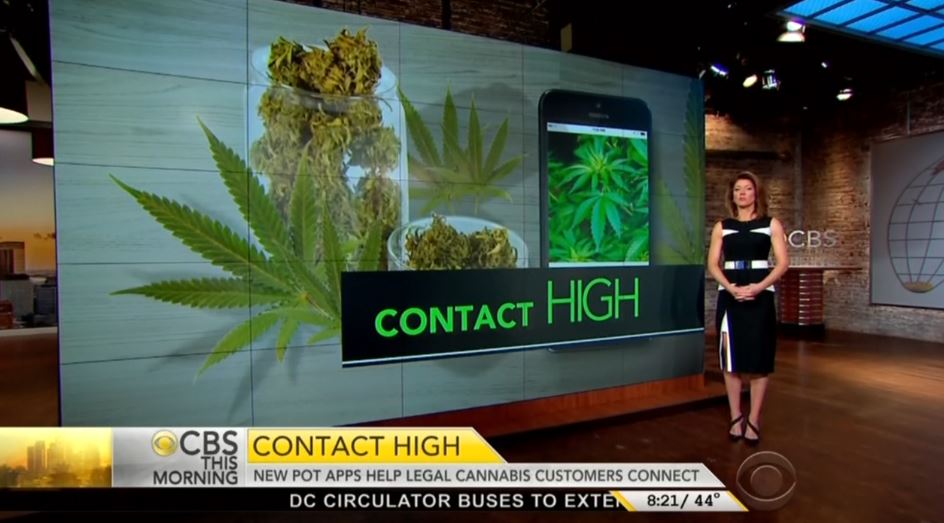 On January 24, 2014, CBS journalist Barry Petersen touted "cannabis capitalism" and "pot tours" that cure the "marijuana munchies."  On February 19, 2014, Petersen came around to the downside of legalized pot. He featured a doctor who said of the newly legalized drug: "We have found molds, mildew, e-coli...What you can die from is contaminated cannabis."

On October 27, 2014, CBS extolled the marijuana "miracle" in Colorado.

A transcript of the March 30 CBS This Morning segment is below: 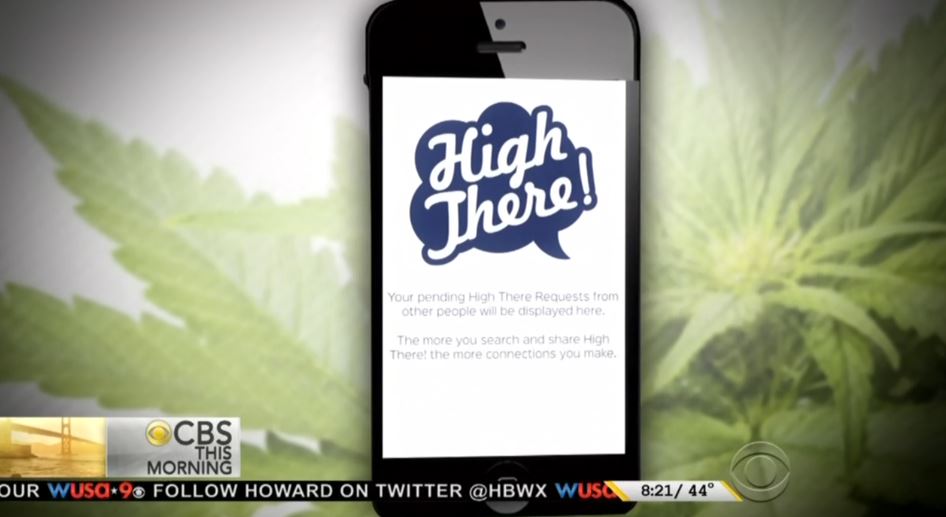 NORAH O'DONNELL: There's a new gold rush in Colorado from the state's legal pot industry. Instead of growing weed, some entrepreneurs are cashing in without getting anywhere near the crop. Mark Strassmann shows us a new source of money from Colorado's billion-dollar marijuana market.

MARK STRASSMANN: In Denver, there are now more pot shops than Starbucks. In all, they sold almost 150,000 pounds of marijuana last year. But a stigma lingers for stoners, even here.

TODD MITCHEM: There was a lot of lecturing that would go on and a lot of, sort of, stiff arm. 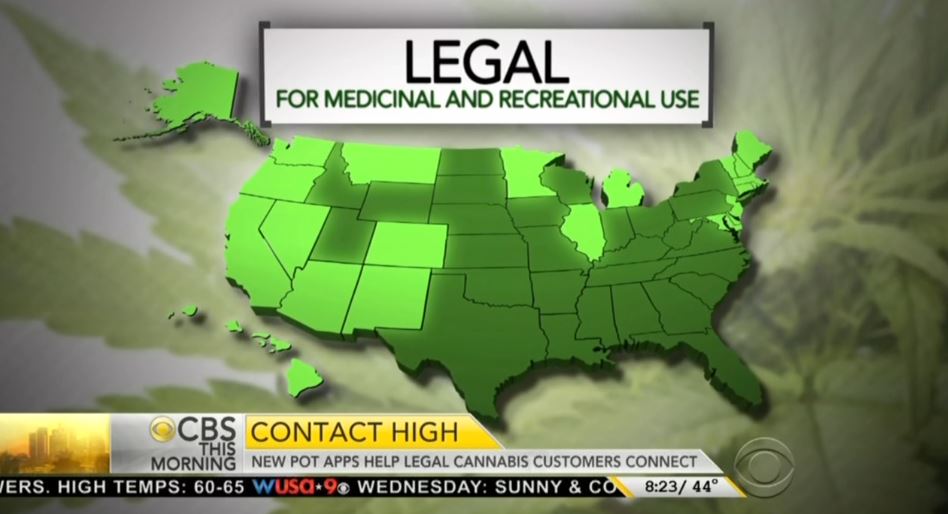 STRASSMANN: Todd is a 44-year-old divorced dad. He said dates often become debates about why he gets high three times a week. It could be a deal breaker. It's legal but not accepted.

MITCHEM: I used to joke it's not like there are weed women falling out of the sky. There's still a stigma that's attached to the cannabis culture.

STRASSMANN: Mitchem helped create this app called High There. Think of it as Facebook or Tinder for stoners where nearby cannabis users can connect. In its first five weeks High There had more than 36,000 downloads.

MITCHEM: The cannabis industry is still very fragmented from a consumer-based perspective. So, we are sort of at the cutting edge of pulling together all those consumers in one place where they can talk to each other. They can date. They can give advice on ways to use cannabis safely or ways to use it for medical purposes.

MEGAN PAGE: I don't go out. I'm not a bar girl. I don't like to drink. So it's actually hard to actually make new friends.

STRASSMANN: Megan Page is a 29-year-old accounts manager. Sam Tagget is a 39-year-old musician. Both are users of pot and High There.

SAM TAGGETT: It has people share what they like do when they smoke, if they're energetic or passive or lazy or eat themselves into a coma or whatever. I like that.

STRASSMANN: You're looking for girl friends that like to hike.

PAGE: That like to hike or join a kickball league, or, you know.

STRASSMANN: Is the cannabis really such an issue?

PAGE: You can't necessarily light up next to somebody that doesn't approve of it. You know, so it kind of makes it a little bit harder.

STRASSMANN: High There may be one of the newest apps but certainly not the first. But it's certainly not the first. We did a quick search in the Apple store and found almost 250 marijuana related apps. Weed Maps points you to the nearest marijuana store. Leafly, a Yelp for weed variety, just received a multi-million-dollar investment from an earlier backer of Facebook.

UNIDENTIFIED MAN: Could I get an eighth of the herbal wrap?

STRASSMANN:  Another new app called Bump Up is a rewards program for frequent marijuana consumers.

CHAD JENNEWINE: They all have certain preferences just like any other product, whether its microbrews or wine

STRASSMANN: Chad Jennewine's company created Bump Up. He used to grow pot for a living. Now he helps others sell it. His app sends discounts to big spot spenders and helps stores create loyal customers.

JENNEWINE: That market just gets bigger and bigger and the opportunities continue to grow.

STRASSMANN: These marijuana apps work only in the 23 states where pot is legal, recreationallly or medicinally. It's a sizeable and growing market. An estimated 15 million pot consumers.

MITCHEM: We're past the bag of weed scenario. We're into, like, how do you run a company, hire employees? How do you deal with the banking issues. How do you do that and still function and thrive?

STRASSMANN: in Colorado, marijuana apps are pa rt of this altered state. Weed 2.0. For CBS This Morning, Mark Strassmann, Denver.

GAYLKE KING: Got it. Now you guys know where to get a discount on your weed, Charlie. Did you write that down? You got it, Norah?

CHARLIE ROSE: Why did you --

NORAH O'DONNELL: I don't know anything about this. It's a whole other world.