Five Ways the Media Can Prove They’re Fair and Balanced

The Democrat’s national convention starts today in Philadelphia, and the networks would seem to be superficially matching what they did last week in Cleveland at the GOP convention. The three broadcast networks will offer an hour of live coverage at 10pm ET each weeknight; cable news will camp out at the convention site and go pretty much wall-to-wall.

But the real test for fair and balanced coverage isn’t the amount of airtime, but the spin reporters employ in reaction to the speeches and events at each convention. Using media coverage of last week’s Republican convention as a template, here are five ways the media can prove they’re not biased by treating the Democrats in a similar fashion: 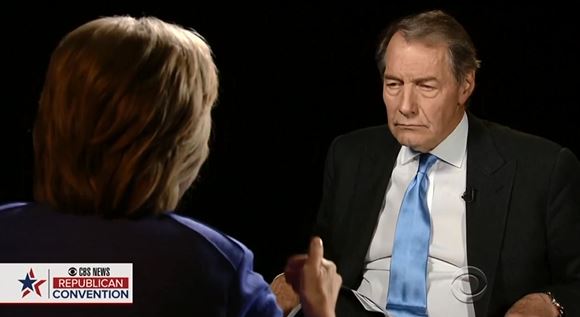 ■ CBS needs to give Donald Trump or another high profile GOP figure a chance to bash Hillary Clinton in primetime. During the first night of the GOP convention, CBS’s primetime coverage included a four-minute long segment of an interview of Hillary Clinton conducted by CBS/PBS host Charlie Rose. Rose invited Clinton to bash her Republican opponent, asking if he was “The most dangerous man ever to run for President of the United States?”

Clinton readily agreed: “I believe that.” After the interview aired, CBS’s Norah O’Donnell patted Rose on the back: “Charlie, I mean, it’s great...On the night they’re saying ‘Make America Safe Again,’ Hillary Clinton is saying this guy can’t be trusted with the nuclear codes.”

If fair is fair, CBS needs to give the same opportunity to the Republicans to bash Clinton during primetime coverage of the Democratic convention this week. 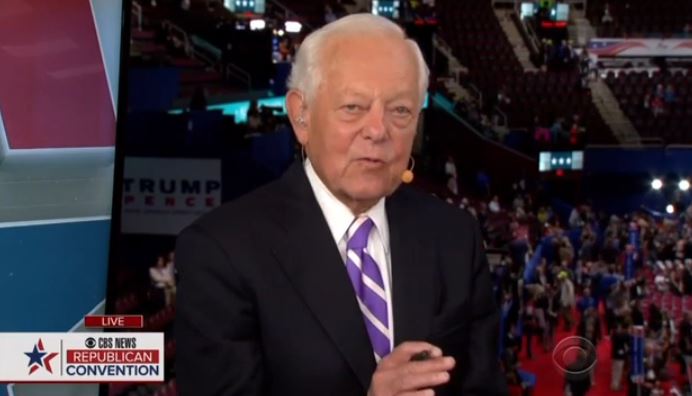 ■ If the Democratic convention speakers launch negative attacks on Donald Trump or Mike Pence, the media need to chastise those doing it. Partisan attacks on the opposition are a staple of convention speeches, but during the GOP convention, journalists vigorously criticized negative comments made about Hillary Clinton as out of bounds and motivated by hate and sexism. CBS’s Bob Schieffer on July 19 said Clinton had been “accused of everything from a ‘who’d a thought it’ to the diphtheria epidemic.” Over on NBC, Tom Brokaw said the convention was trying to “work up a big hate for Hillary.”

On MSNBC that same night, Chris Matthews called the convention a “festival of hating Hillary tonight, this brewing up of almost a witch-like ritual tonight,” adding the words “bloodthirsty” and “blood curdling” to describe the delegates’ reaction to Chris Christie’s speech. On ABC, correspondent Terry Moran asked Christie directly if it was a “good thing for American politics” for the Republican delegates to act like “a mob.”

The next night, MSNBC host Chris Hayes confronted GOP Representative Marsha Blackburn to charge the GOP with sexism: “Do you feel that some of the invective directed towards Hillary Clinton is misogyny, is about her being a woman?” On NBC’s Today show on Thursday, correspondent Andrea Mitchell said the Republicans were out to “demonize Hillary Clinton.”

If they want to be fair and balanced, the networks need to be just as appalled if and when Democratic speakers attack Donald Trump’s ethics or his fitness for office.

■ The networks need to provide obsessive coverage of any controversy that might erupt at the Democratic convention. Following the first night of the GOP convention, someone noticed that a portion of Melania Trump’s speech closely matched the speech given by Michelle Obama in 2008. The next morning, the broadcast and cable news shows devoted massive coverage to the speech flap — 130 minutes just between 7am to 9am ET.

The media’s feeding frenzy crowded out coverage of important moments from the first night of the coverage — for example, Patricia Smith’s impassioned speech about the loss of her son in the 2012 Benghazi attack was granted less than two minutes of coverage the next morning. So if a similar controversy erupts at the Democratic convention, the networks need to provide similarly obsessive coverage — or else acknowledge that partisanship played a role in their hyperbolic response.

■ When Democrats invite grieving mothers to speak at their convention, journalists need to criticize them for emotional exploitation. On Tuesday, the DNC schedule calls for speeches by the mothers of individuals killed by police, including the mother of Michael Brown, who was shot by police in Ferguson, Missouri, in 2014.

If the media are going to be consistent, reporters should react the same way they did when Pat Smith spoke about Benghazi during the GOP convention. ABC’s Terry Moran on Monday cited the speech by “a grieving mother of one of the dead from Benghazi” as evidence that “it has been a dark night.”

“I don’t care what that woman up there, the mother has felt — her emotions are her own — but for the country in choosing a leader, it’s wrong to have someone get up there and tell a lie about Hillary Clinton. It’s not true,” MSNBC’s Chris Matthews complained.

NBC’s Chuck Todd was dismissive: “Beating up Hillary, using Benghazi to beat up Hillary is an easy way to do it....It’s sort of lowest common denominator stuff.”

So if Michael Brown’s mother criticizes law enforcement from the podium of the Democratic convention, pundits will need to quickly “fact check” her about the several investigations that found the Ferguson police shooting justified, and dismiss the event as “lowest common denominator stuff” for the Democratic base.

■ The networks need to paint liberal Democrats as just as ideological as conservative Republicans. CBS’s Major Garrett on July 19 talked about the GOP platform being “one of the most conservative platforms in Republican Party history.” The week before, an article by New York Times reporter Jeremy Peters described it as a “rightward lurch even from the party’s hard-line platform,” without ever acknowledging the Democrats leftward lurch.

Given Pence’s American Conservative Union rating of 99, that’s a fair label — but Democratic vice presidential candidate Tim Kaine has received a lifetime score of zero from the same group, and the networks have yet to call him “liberal” or “progressive.” Instead, CBS’s Nancy Cordes called Kaine a “moderate,” while ABC’s Dan Harris said he’s “not a liberal.”

Given Kaine’s liberal history, and how Senator Bernie Sanders proudly pointed out that “we now have the most progressive platform in the history of the Democratic Party,” a fair news media would be just as quick to attach ideological labels to the Democrats’ platform and vice presidential candidate as they’ve been for the Republicans.