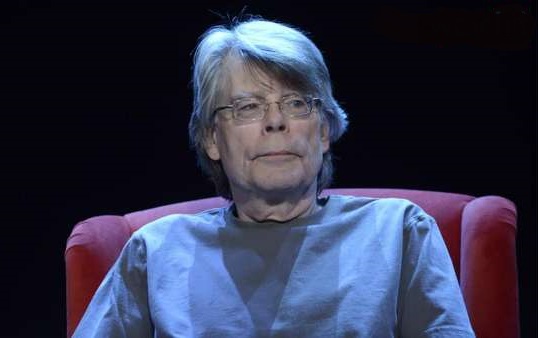 Creepy horror story writer Stephen King promised an electoral horror show for Maine's Republican Senator Susan Collins if she votes to confirm Brett Kavanaugh as Supreme Court justice. King's prediction came in the form of a tweet he posted on Saturday. This comes as no real surprise since King has a track record of really hating Donald Trump.

First a look at his tweet threat followed by a trip into the dark recesses of King's mind.

IF Susan Collins votes to confirm Kavanaugh, and IF she runs for re-election—two bigs ifs—she will be defeated. It would be unwise for anyone to mistake how angry most Americans are at the way this is being railroaded through.

That tweet was par for King who revealed in the U.K. Guardian on April Fool's day last year how a couple of his book villains were like Trump although he wrote about both long before Trump became president.

I had written about such men before. In The Dead Zone, Greg Stillson is a door-to-door Bible salesman with a gift of gab, a ready wit and the common touch. He is laughed at when he runs for mayor in his small New England town, but he wins. He is laughed at when he runs for the House of Representatives (part of his platform is a promise to rocket America’s trash into outer space), but he wins again. When Johnny Smith, the novel’s precognitive hero, shakes his hand, he realizes that some day Stillson is going to laugh and joke his way into the White House, where he will start world war three.

Big Jim Rennie in Under The Dome is cut from the same cloth. He’s a car salesman (selling being a key requirement for the successful politician), who is the head selectman in the small town of Chester’s Mill, when a dome comes down and cuts the community off from the world. He’s a crook, a cozener and a sociopath, the worst possible choice in a time of crisis, but he’s got a folksy, straight-from-the-shoulder delivery that people relate to. The fact that he’s incompetent at best and downright malevolent at worst doesn’t matter.

Both these stories were written years ago, but Stillson and Rennie bear enough of a resemblance to the current resident of the White House for me to flatter myself I have a country-fair understanding of how such men rise: first as a joke, then as a viable alternative to the status quo, and finally as elected officials who are headstrong, self-centered and inexperienced.

Perhaps for King, Trump is more like Randall Flagg of The Stand since he can't get him out of his thoughts and dreams.