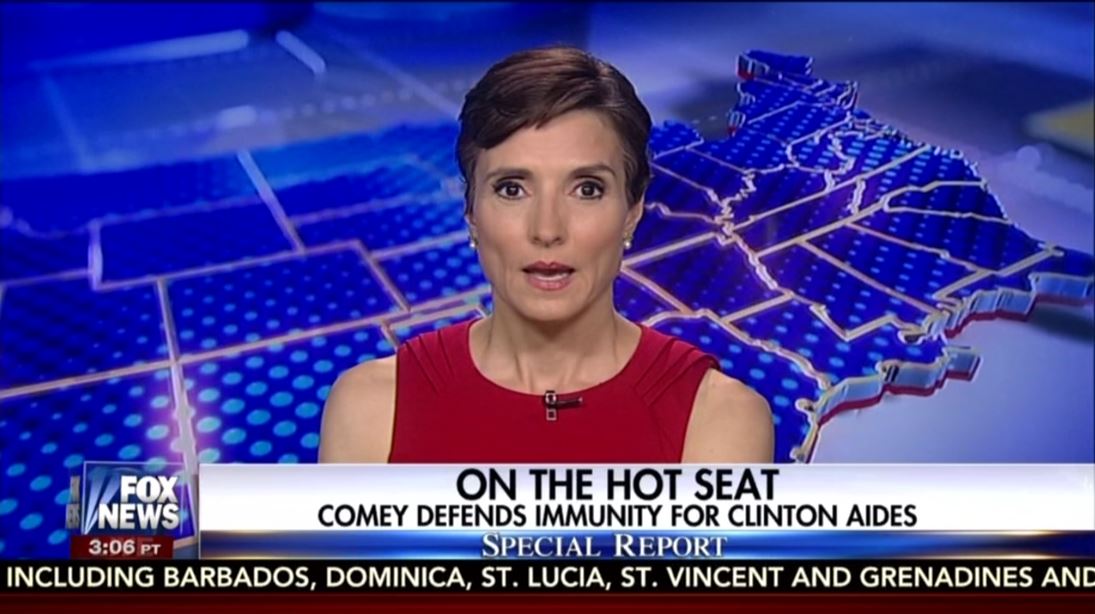 FBI Director James Comey appeared before the House Oversight Committee Wednesday, where Congressional Republicans unloaded on him for giving immunity to people they accused of being liars. “The more FBI Director Comey talks about integrity of the e-mail investigation, the less Republicans and critics seem convinced,” reported Fox News’ Chief Intelligence Correspondent Catherine Herridge on Special Report. But even such incendiary accusations flying around a congressional hearing, ABC, CBS, and NBC yawned.

The segment on Special Report opened up with fiery statements from two Republican representatives. Including Representative Trey Gowdy (R-SC) who scolded Comey, saying, “When you have five immunity agreements and no prosecution; When you are allowing witnesses who happen to be lawyers who happen to be targets to sit in on an interview, that is not the FBI that I used to work with.”

Comey shot back at Gowdy claiming he was driven solely by politics, “I hope someday when this political craziness is over you will look back again on this, cause this is the FBI you know and love.” The FBI director’s combativeness crept up in other statements, such as when he defended his people saying, “You can call us wrong, but don’t call us weasels. We are not weasels, we’re honest people.”

According to Herridge, committee members accused at least two of the FBI’s witnesses of lying to the federal agency. She also reported that Comey “struggled” to explain why Paul Combetta, an IT specialist who handled Clinton’s private server, got to keep his immunity when he was caught trying to delete Reddit posts where he asked for help in wiping Clinton’s e-mail address from the server.

At the hearing, Comey also admitted to not working with Congress to coordinate the granting of immunity, which Herridge said “could derail the ongoing investigations.”

The liberal networks’ lack of coverage of the hearing proves that they are trying to move on from Clinton’s damaging e-mail scandal. But as Congress continues to question and dig, the media’s efforts to ignore the story could prove to be in vain.

In addition, both Univision and Telemundo failed to cover the Comey grilling as well.

BRET BAIER: Three months of Republican frustration with the FBI director's refusal to seek criminal charges against Hillary Clinton and her aides spilled out into the open today on Capitol Hill. Chief Intelligence Correspondent Catherine Herridge was at the tense three-hour hearing. Good evening Catherine.

JIM SENSENBRENNER: I don't think you answers are satisfactory at all, Mr. Comey. I do have great deal of respect for you, but I think there is a heavy hand coming from someplace else. 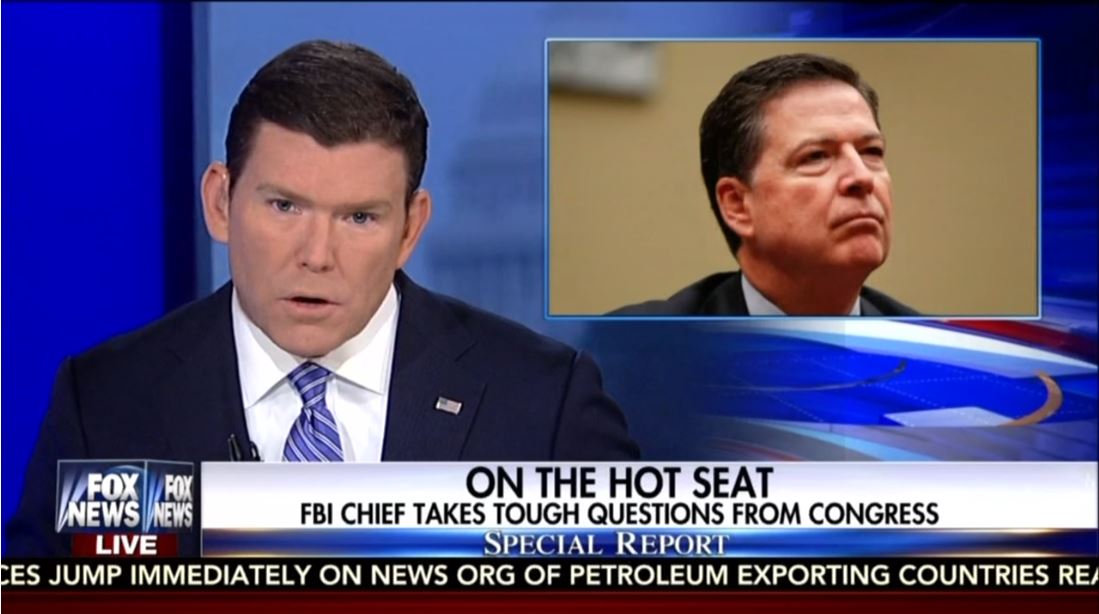 JAMES COMEY: I hope someday when this political craziness is over you will look back again on this, cause this is the FBI you know and love.

HERRIDGE: [Inaudible]… focus on five Clinton aides and support staff who got immunity deals from the Justice Department. It's all about politics because the agents acted independently.

UNIDENTIFIED: You take issue with whether or not they were compromised, or they were adhering to somebody else's message. Is that what you’re saying?

COMEY: Absolutely. You can call us wrong, but don’t call us weasels. We are not weasels, we’re honest people.

HERRIDGE: And at least two people who got deals were accused today of lying to the FBI, Bret.

BAIER: Catherine, so how does that work? How do you keep your deal if you lie to federal investigators?

HERRIDGE: Well, the FBI director struggled with that question. Republican lawmakers accused Colorado IT specialist Paul Combetta of lying to the FBI, and pressed Comey on why allowed to keep his deal. He recently took the fifth on the hill after destroyed Clinton archive, and recently tried to destroy his online request for help wiping Clinton's e-mail address from the records.

UNIDENTIFIED: He lied to an FBI agent, you don't think that's important?

HERRIDGE: And this point was also emphasized by another senior Republican.

JASON CHAFFETZ: And so, when you got immunity, what did you learn?

COMEY: We learned that no one had directed him to do that. That he had done it—

CHAFFETZ: You really think that he just did this by himself?

COMEY: I think his account-- again I never affirmatively believe anybody except my wife.

HERRIDGE: And Comey confirmed today there was no consultation with congress about these immunity deals which could derail the ongoing investigations.

DARRELL ISSA: You were granting, handing out like candy according to some, immunity. Did you or to your knowledge Department of the Justice confer with Chairman Goodlatte, Chairman Chaffetz, Chairman Smith, or any of the other chairmen who had ongoing subpoenas and investigations?

COMEY: Not to my knowledge.

HERRIDGE: And Clinton's personal attorney, Cheryl Mills got a deal broader than previously reported. It shielded her from prosecution for obstruction of justice and destruction of government records, and there was no consequence when classified information was found on her laptop, Bret.