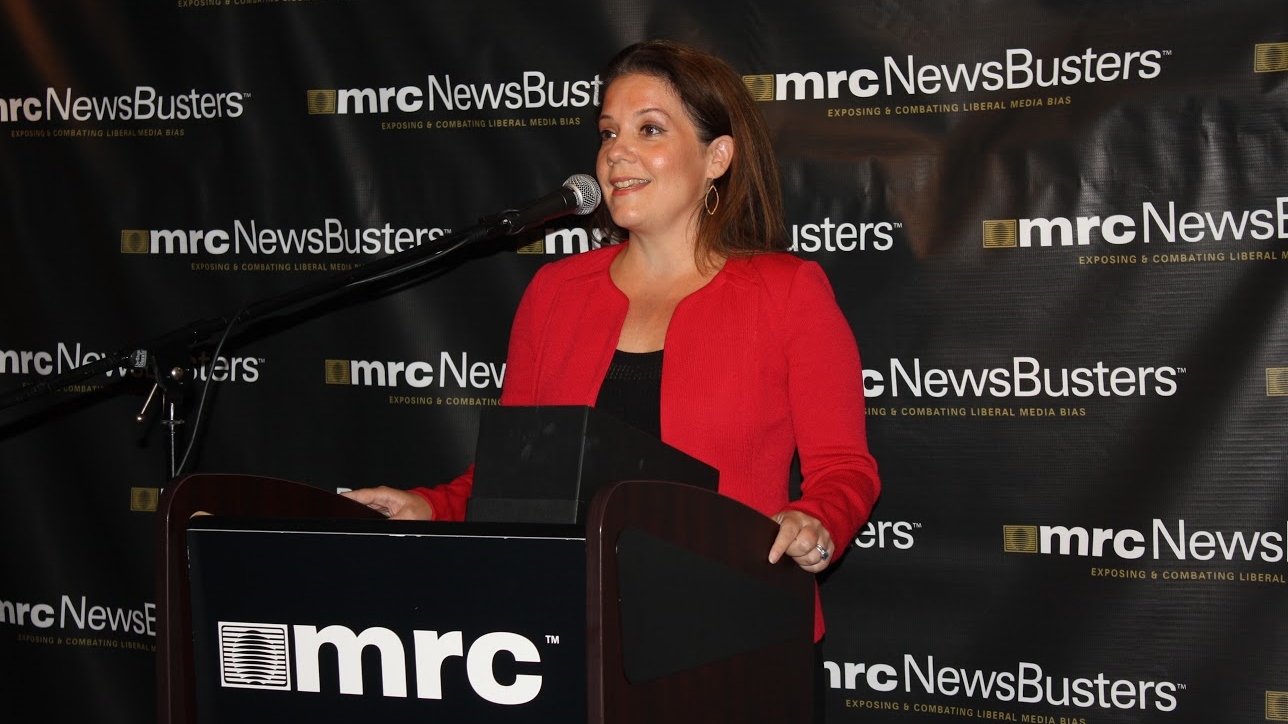 At the Tenth Anniversary party for NewsBusters on Monday night, attended by more than 100 at the Hamilton in Washington, DC, the first annual Noel Sheppard Media Blogger of the Year Award was presented to Mollie Hemingway, Senior Editor of The Federalist blog.

The award honors Noel Sheppard, a founding blogger for NewsBusters who long served as our Associate Editor. He passed away from cancer in March of 2014. More about Noel.

Brent Bozell, president of the Media Research Center (MRC), which publishes NewsBusters, welcomed the crowd and introduced Ann Coulter, a friend of Noel’s. She spoke warmly of Noel’s work before announcing Hemingway as the winner of the award which she handed to Hemingway along with a check for $5,000 from the MRC.

The award is earned by “the blogger who best reflects the spirit of Noel Sheppard’s energetic blog postings in pursuit of exposing the news media’s liberal political agenda. This is best demonstrated by documenting their distortions, highlighting facts the public would otherwise not learn and advancing conservative perspectives in the blogosphere.”

Hemingway was selected by the editors of NewsBusters for Federalist posts such as these:

> Dana Milbank Is So Dishonest, Interviewees Have To Post Their Email Correspondence To Correct Record

> Liberal Claim That Jurassic World Is Sexist Is Hilarious

> Media Say Obama Is A ‘Bookworm.’ Are They Sure?

> Brian Williams Is No Exception. Media Lying, Exaggeration Are The Rule

Before The Federalist, Hemingway wrote for nine years at the media-and-religion blog Get Religion.

OUT AND ABOUT: Newsbusters (blog of the Media Research Center) last night celebrated its 10th anniversary at The Hamilton. Ann Coulter presented the first Noel Sheppard Media Blogger of the Year Award to Mollie Hemingway, senior editor of The Federalist. The award goes to the writer “who best reflects the spirit of Noel Sheppard’s energetic blog postings in pursuit of exposing the news media’s liberal political agenda.”