On Friday, Salon featured two articles taking fire to presidential candidate Ted Cruz. Authored by Heather Digby Parton, one piece was titled, “Paranoid Rise of the Militant Right: Inside the Growing Threat of Domestic Extremism” and examined the Department of Justice’s new focus on domestic extremists, and the author zeroed in on right-wing extremism. The second was written by Simon Maloy, who offered the slippery-slope argument against Cruz under the title, “Ted Cruz’s Crazy 'Jackboot' Talk: When Inflammatory Rhetoric Starts Getting Dangerous.”

Parton opened with a statement by Assistant Attorney General John Carlin: “We recognize that, over the past few years, more people have died in this country in attacks by domestic extremists than in attacks associated with international terrorist groups.” 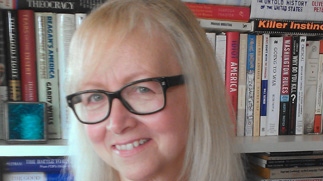 Bewildered, Parton asked, “If the American people knew this, wouldn’t they be justified in asking what in the world is going on here? After all, we spend massive amounts of money on anti-terrorism security, both here and around the world, and yet we shrug our shoulders at the body count from domestic terrorism?”

But are domestic terrorists categorized as rightist or leftist? Salon and the liberal media check "right," since CNN reports they will probe "anti-government and hate groups." Parton opined that “The Right” blew a hissy fit when Homeland Security reported that right-wing extremists were likely to commit violence after the election of the first black President, in addition to immigration hostility and “military veterans to be radicalized in a bad economy.”

Parton would then go onto claim that Ted Cruz, along with Ben Carson and Mike Huckabee, believe and advocate the Second Amendment gives discretion to revolution against the government, particularly against tyranny and failing to respect rights. While Parton admitted that censorship is bad and free speech is good, “it’s irresponsible, not to mention incoherent, for him to encourage this level of paranoia.”

Parton ranted, “The river of blood from mass shootings and various extremist threats seem to have convinced them that this is not something they can ignore any longer, regardless of the political pressure.” Parton seemed disturbed that the FBI Chief James Comey still has yet to assert that the Charleston massacre fit the definition of terrorism. Parton then took a shot at Second Amendment “zealots” being "armed to the teeth" and lumped them with Sovereign Citizens, Oath Keepers, Cliven Bundy, and other right-wing militias.

There was no mention of domestic Muslim terrorist attacks like Nidal Hasan at Fort Hood or Mohammed Abdulazeez at Chattanooga. Parton would finish the hit piece with a lecture to the American people about how to handle these nasty conservatives who advocate holding the government responsible and protecting yourself against its aggressions.

“There is probably no way to know exactly how much influence these insurrectionist conservative leaders have on the extreme fringe.  But at the very least this foul rhetoric does little to discourage the violent impulses of a group of people who are already unaccountably angry and are armed to the teeth.”

“The rest of us shouldn’t let them off the hook. There’s a violent impulse in our culture that’s expressing itself in all sort of ways these days. It’s hard to imagine anything more dangerous than political leaders encouraging it.” 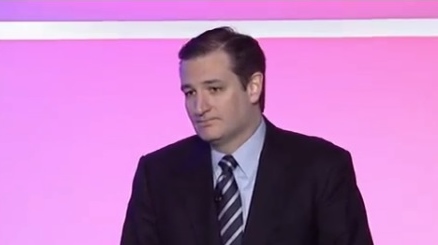 As for Maloy and his attack on Cruz? He used many of the same words and criticism, but had this gem against Conservatives.

Conservatives rally around Republican candidates when they declare their willingness to employ violence against the government in the event that it sinks into despotism, arguing that they’re simply exercising a fundamental American right. The problem is that so much of the conservative movement has come to define “tyranny” as “something the Democrats did that I disagree with.” They actively encourage conservative voters to believe that they’re being persecuted and having their rights stripped away as part of a broader agenda to purge religious liberty from the land. When you pair that message with a passionate call to arm oneself to defend against the voiding of your rights, you’re crossing into insurrectionist territory and inching towards the militia kooks who are just looking for an excuse to open fire on federal agents.