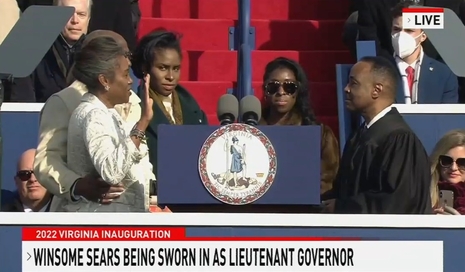 On Monday, Washington Free Beacon senior writer Andrew Stiles reported on the leftist media phenomenon of constantly swooning over Democrats “making history” on the diversity front while steadfastly ignoring the same strides for Republicans. As an example, he cited how “This weekend’s episode of 60 Minutes included a segment on Pete Buttigieg” and hailed him as “the first openly gay cabinet secretary to be confirmed by Congress.”

Stiles corrected the record: “The latter phrase is deliberately worded to elide the fact that Richard Grenell, a Republican, was the first openly gay cabinet member in U.S. history. Grenell served as acting director of national intelligence under President Donald Trump and was also confirmed by Congress in 2018 for the role of U.S. ambassador to Germany.” He then pointed to a pattern of this in the press: “Grenell's tenure as DNI is just one example of groundbreaking GOP accomplishments that are rarely celebrated and frequently ignored. Lt. Gov. Winsome Sears (R., Va.) received similar treatment last year after becoming the first woman of color elected to statewide office in Virginia.”