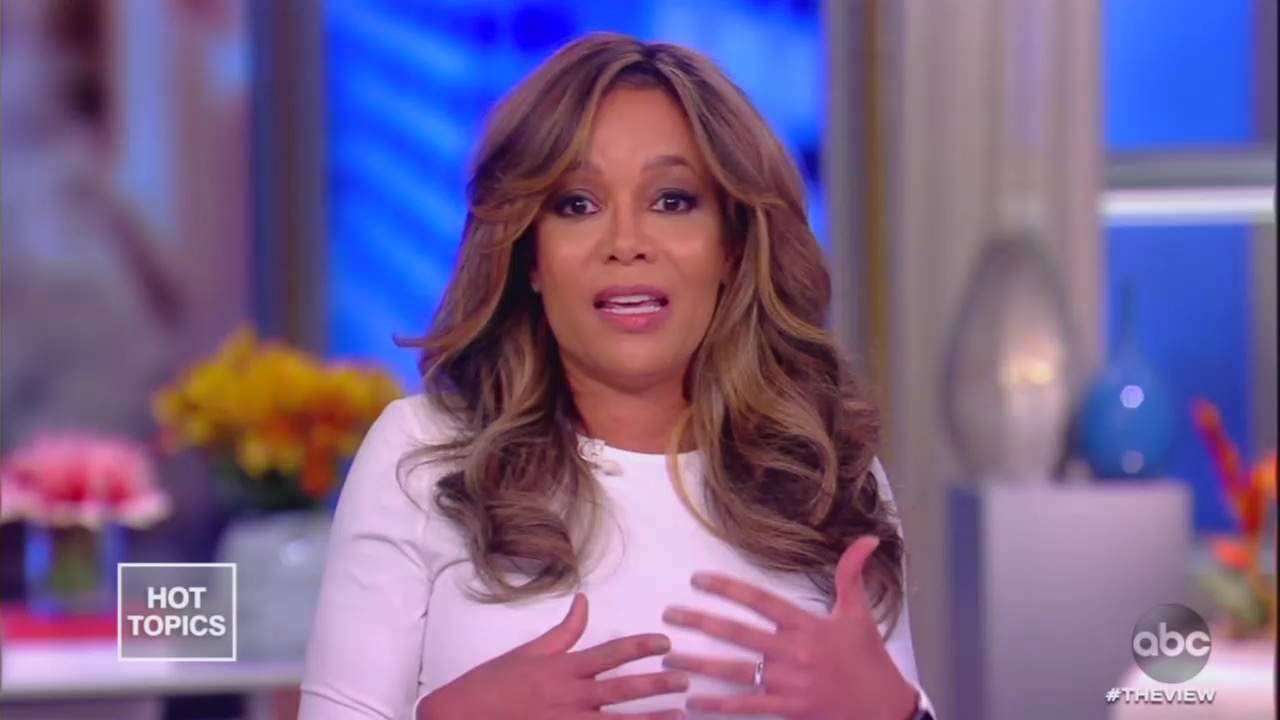 Even as the danger appears to deflate with Iran, the media won’t stop suggesting we are entering WWIII. The View hosts started Wednesday’s show with that same Chicken Little routine, worrying about their own kids getting drafted. Co-host Abby Huntsman also fretted that by taking terrorist Quasem Soleimani’s life, the U.S. would be on the wrong side of history, while fellow co-host Sunny Hostin worried that President Trump was “provoking” Iran.

Whoopi Goldberg began the show relaying President Trump’s tweet saying, “all is well” after Iran sent missile strikes against U.S. military bases in Iraq which resulted in no casualties.

The somber hosts rejected the claim that everything was fine. Co-host Sunny Hostin admitted she was worried about her children being drafted:

“For the very first time, I feared for my children in terms of war, and I haven’t really felt like that, maybe it’s because I have a son that will be 18 soon,” she stated. Co-host Joy Behar added to the fearmongering saying she feared her 9-year-old grandson being drafted in the future as well.

Acting as if we were already at war with Iran, co-host Abby Huntsman suggested history will look back on Soleimani’s death as a mistake:

“America is not going to solve the problems in the Middle East...What is the national interest? Is the Middle East a safer place now? Are we in a better place now? So we have to ask these very serious questions, and I don't know that history will say that killing this terrorist was the right move,” she concluded.

Meghan McCain was the only host at the table to point out things were de-escalating and Iran claims they do not want to go to war. That provoked Hostin to wail that President Trump was “provoking” Iran while they were the ones we could count on to “show restraint:”

I think what's interesting about Meghan's point is that when we have to take comfort in the fact that Iran is not disproportionately responding to the actions of our President, then we are in a really precarious situation! Because it's our President then who is being the provocative person and Iran is the one that's showing the restraint. When we should be showing restraint!

Afterwards, McCain pointed out that Iran had been provoking the U.S. for some time now, even killing American civilians. McCain railed against President Obama going on an “apology tour” while touting President Trump for completely reversing course:

But her co-hosts wanted to believe things were better for the U.S. when Obama was in office.

Even while Hostin admitted Iran has been provocative, she touted the fact that Obama didn’t take out Soleimani when he could have. Whoopi agreed we just needed more diplomacy, before cutting to commercial.