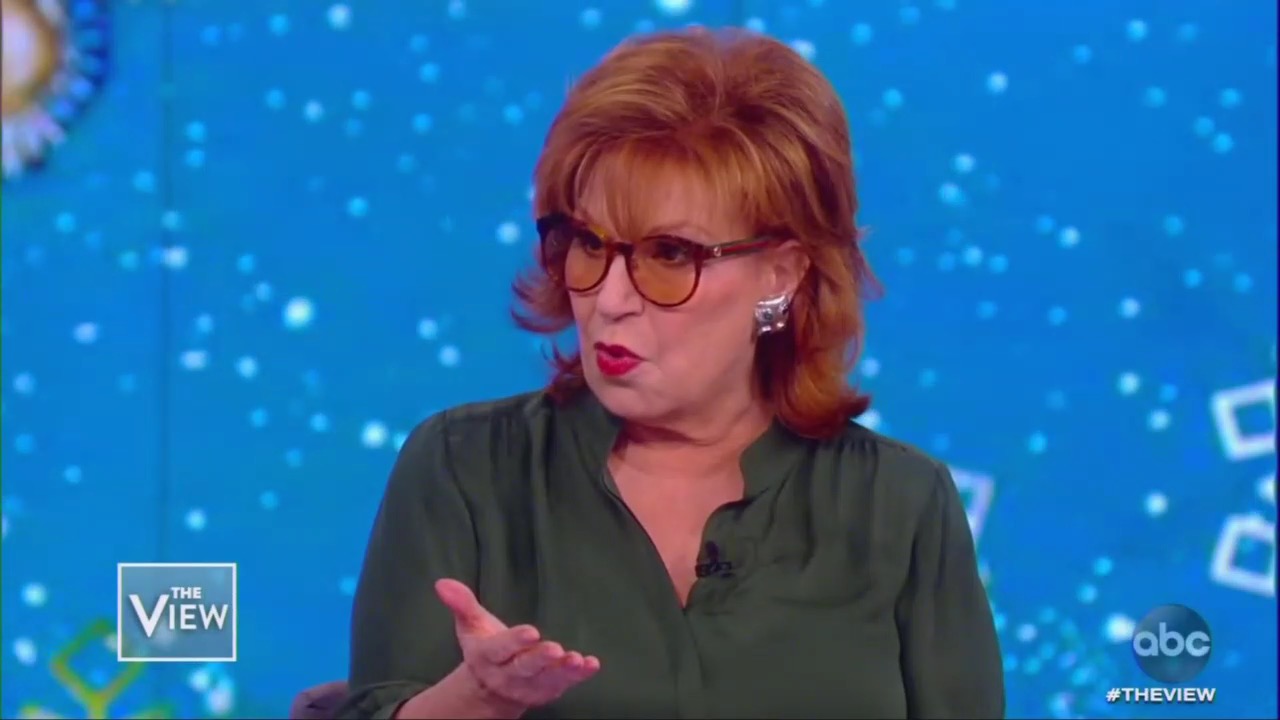 The hosts of The View talked briefly Tuesday about Clint Eastwood’s latest biographical film on fake news victim Richard Jewell, who was falsely branded by the media as a terrorist in 1996. Instead of discussing the media’s culpability in ruining this man’s life, however, Joy Behar and Sunny Hostin attacked Eastwood instead for his film’s depiction of a now-deceased Atlanta Journal-Constitution reporter.

In one scene, the film appears to show former AJC reporter Kathy Scruggs, who wrote one of the first stories that all-but declared Jewell guilty, as offering sex to an FBI agent in exchange for tips. According to Deadline, the agent rebuffs the fictional Scruggs. But that one scene has caused a media uproar and upset the liberal hosts at the table as well.

Joy Behar was distraught at the idea that a person’s character could be smeared in a film without any concrete evidence:

“They’re saying the woman slept with an FBI agent? And she's dead. There's no actual proof of that. There’s no DNA or anything like that? So how can they make that statement?” she asked, aghast.

Weird, Behar didn’t seem to have any problem declaring Brett Kavanaugh guilty with only baseless accusations lobbed against him. Sunny Hostin also was also disgusted by the film’s portrayal of Scruggs, even as she also fiercely advocated for Christine Blasey Ford’s “truth” above the facts:

“In the Me Too era, the implication is somehow that she traded sex for scoops. I just think, my goodness, how can you do that!” Hostin blasted the film.

Which led Behar to exclaim in disgust, “So even after you're dead they go after you!”

The idea that reporters have traded sexual favors with sources to get information is not a wild conspiracy theory. There have been a number of cases just this year where female reporters from The New York Times, CNBC and MSNBC have been implicated in reporting on classified information they received from the government officials they were in relationships with.

While co-host Abby Huntsman returned the conversation to how the media gets things wrong, Behar was quick to defend this story as just a “mistake," before bashing the conservative Eastwood:

It was a big mistake. We acknowledge that but don't turn on the woman even after she is gone and say that she's responsible for it. She's not here to defend herself. That's outrageous. Did you ever see the movie "All the President's Men?" That's almost like a historical document at this point. You watch that movie and you see exactly what happened and how they got Nixon. This is another sort of historical document in a way of that situation and it's not accurate and that's really outrageous really when you think about it. Clint Eastwood should be ashamed of himself!

Hostin acknowledged that the media did “wrongfully target” Jewell and “ruin his life” but her “takway from the film” was how this one reporter was smeared:

While the hosts of the View are getting bent out of shape with this one scene in the movie, even the liberal actress, Olivia Wilde, who’s playing Kathy Scruggs thinks the suggestion that the journalist offered sex to an FBI agent to get information on Jewell, was a feminist act:

“It’s a basic misunderstanding of feminism as pious, sexlessness," she told the magazine Monday. Wilde even defended journalists having “relationships” with people they “worked with” ie: sources, as pretty “common.” Wilde would know, since her parents were journalists.