McCain Calls Out View Co-host, Dems' History of Pushing to Impeach Any Republican 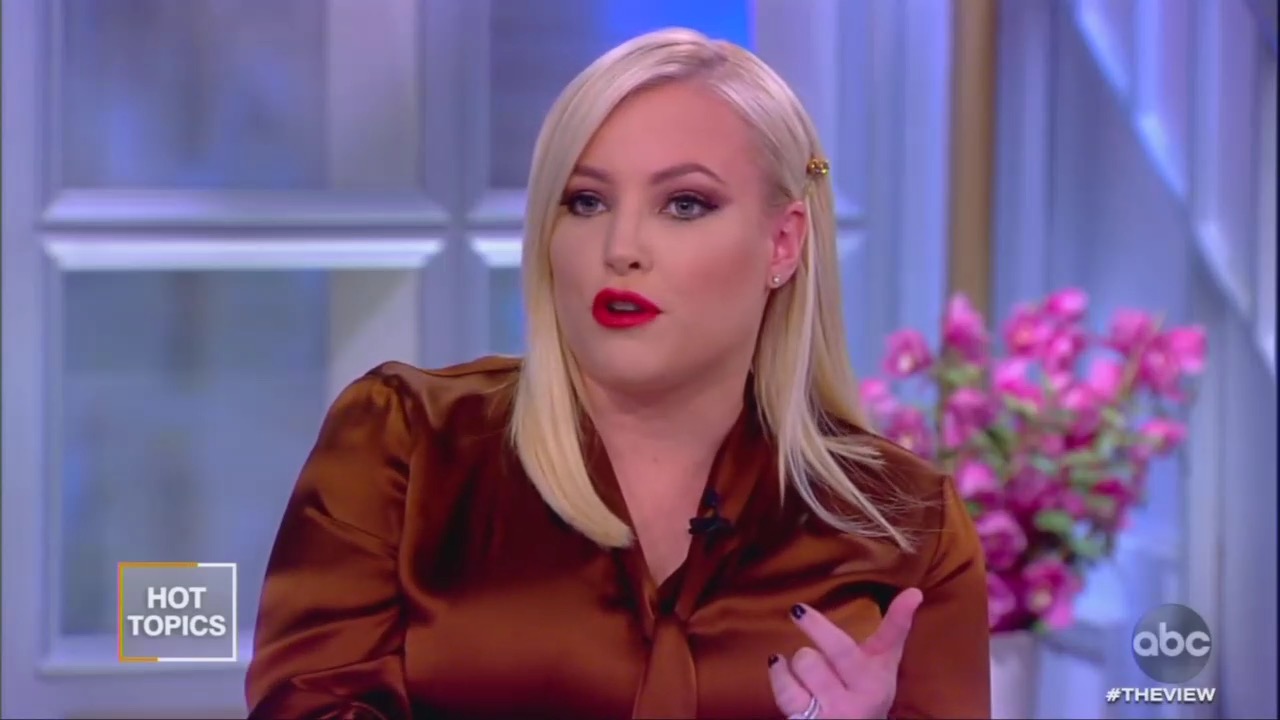 A fight broke out between the hosts of The View to start off Tuesday’s show, as the liberal hosts practically salivated at the idea that Democrats were seriously pursuing impeachment now because of the whistleblower complaint about President Trump’s alleged promise to the president of the Ukraine. But Meghan McCain argued Americans wouldn’t side with Democrats on this one, even calling out her fellow co-hosts for sounding the alarm on impeachment the last time a Republican was in office.

After the liberal co-hosts whined impeachment was necessary, an irritated McCain pointed out that Democrats have flip-flopped on sending money to Ukraine from when President Obama was in office. She then vented that Democrats should just get on with impeachment already, because “Quite frankly, I'm sick of hearing everybody bitch about it!”

She added, “Clearly progressives are running the party.” Joy Behar took offense at McCain’s comments, snarking, “Don't worry about the Democrats. The Democrats are going to get it together.”

McCain snarked back, “Are you sure about that?” adding she wanted that statement to be shown again “on election night.”

Finally, Abby Huntsman grilled Hostin and Behar to explain how the media’s narrative doesn’t match up with each party’s fundraising efforts:

I really would love an answer to this. Why has the RNC, when there's so much anger about the president and there seems to be so many people who just want him out,--- why has the RNC raised more than 6.5 times the amount of the DNC, because money speaks, money speaks.

Things only got more tense from there. McCain pointed out Democrats performed a similar song-and-dance routine last time a Republican was in office. She even called out her fellow View hosts, for sounding the alarm so frequently, it was hard to take their impeachment claims seriously:

Whoopi claimed that she backed George W. Bush’s immigration policies, even if she disagreed with him elsewhere, to the other hosts’s agreement. To that McCain snarked, “the nostalgia for Bush right now always entertains me.” Whoopi wasn’t pleased, berating McCain to not be “dismissive of my feelings.” She lectured that the left was genuine in their concerns that Trump deserved to be impeached, before cutting quickly to commercial break.