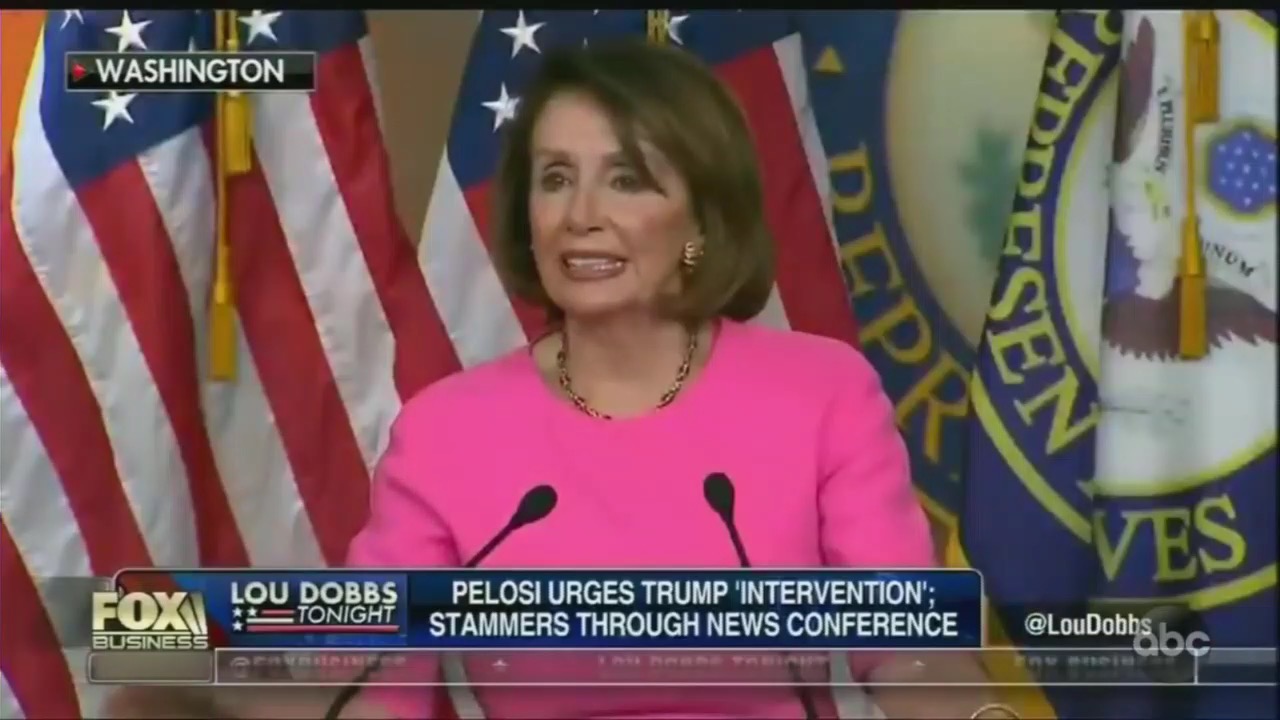 On Tuesday’s show, the hosts of ABC’s The View conflated two unflattering videos starring Democrat House Speaker Nancy Pelosi that circulated social media late last week. While only one video was altered, the co-hosts claimed both were “fake,” angrily came to Pelosi’s defense, and demanded that both “doctored” videos needed to be taken down.

Co-host Whoopi Goldberg started by ranting about the “insane trend of doctored videos” starring Pelosi, which made her “look confused or in some cases slurring her words.” She scolded President Trump for retweeting one of these videos:

“You-Know-Who retweeted one that appeared on (Fox Business host) Lou Dobbs. Shame shame!” she said, adding that it was “fake.” Instead of showing viewers that supposedly “fake” clip, she quickly moved on to complain about the second video of Pelosi, which could be argued was doctored since her speech was slowed down.

After playing the original video clip and altered one side by side, Whoopi ranted at Facebook that their excuse for not taking down the video was “BS,” and demanded they take down the video. “You need to tell people what is fake, what is doctored when you know!” she complained. “This is explicitly trying to make it look like the Speaker is drunk!” she added.

Fellow co-host Joy Behar laughed that Trump speeches didn’t even need to be doctored to make him look bad. “With Trump, you don’t even have to doctor it! All you have to do is run his usual lies,” she said chuckling. She then conflated the two videos, claiming this altered one had been on Fox News:

“To put it on Fox? That’s really... Wow,” she said, rolling her eyes in disgust.

Whoopi then made a fair argument, that political opponents should be beaten “fair and square” without resorting to doctored videos. However that’s a moot point when the video Trump tweeted about Pelosi wasn’t doctored at all, it just was unflattering to her. Still, Whoopi called both videos, “lies” from the right: