On Sunday night’s miniseries The Clinton Affair, A&E took potshots at conservatives in their attempt to create a sympathetic portrayal of Bill and Hillary Clinton. While praising Clinton as a feminist president, the network gave soundbites to Democrats attacking anyone on the right who dared to criticize the political couple for their numerous scandals. 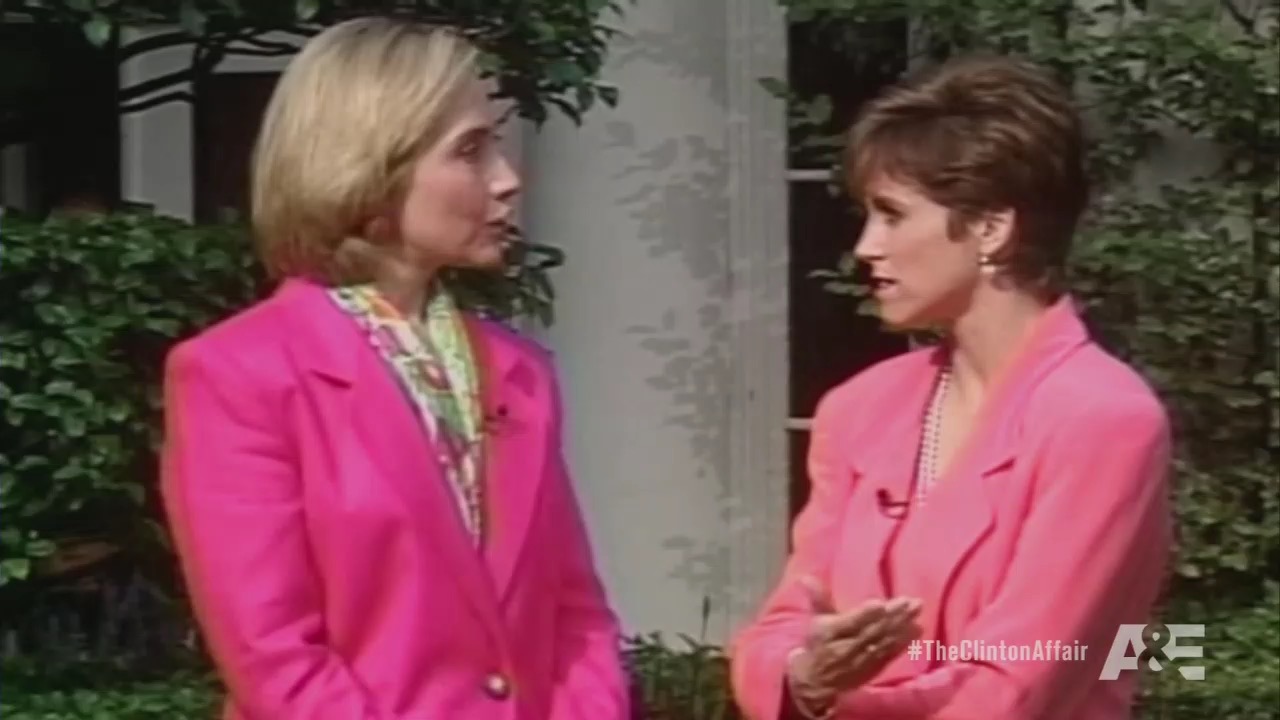 Right from the get-go, the series portrayed conservatives and Republicans as the villains of the story, with a barrage of soundbites from journalists, and Clinton operatives, attacking Newt Gingrich, independent counsel Ken Starr, and anyone who dared to be critical of the Clintons as fueled by “Republican lies,” out for a witch hunt against President Clinton:

DAVID BROCK (MEDIA MATTERS): People that I was associated with wanted the Clintons to be brought down on personal scandal.

JOE CONASON: House Republicans were salivating. This was the next Watergate.

JANE SHERBURNE (ATTORNEY FOR HILLARY CLINTON): They wanted to execute a search warrant in the White House. Starr was out to destroy the president.

PETER BAKER (NYT WH CORRESPONDENT): He knows they're out there to get them. He knows that he's being hunted. And yet he could be so reckless.

The series also gave soundbites exclusively to liberal journalists, who slammed the right as being unfairly critical to Hillary Clinton simply because she was a “feminist” while praising her as “tough” amidst the criticism:

DAVID BROCK: You add Hillary into the mix, who was a feminist all of that drove the conservatives crazy. I was part of the movement of the opposition to Clinton. The conservatives actively sought to engage in certain tactics that hadn't been fair game before.

KATIE COURIC: Hillary's has a staff that's gotten high marks for its ability, organization and protectiveness. I can't help but notice that, uh, this is an all chick staff. [Chuckles] All women on this staff!

JOE KLEIN: The president's feeling was she's his intellectual equal, and so why not?

JOE CONASON: Because she was willing to step out in front politically she became a lightning rod, and an object of hatred.

Who did A&E blame for Hillary becoming an “object of hatred?” Right-wing commentators and Republicans of course. Immediately after those soundbites, the network played clips of Newt Gingrich and Rush Limbaugh criticizing Hillary for implementing policy as First Lady.

Klein also touted that the Clintons were “tough as nails,” while Clinton operative and cable news regular James Carville gushed, “He was tough. This guy had like, stamina he could take a, he could take a lick. I mean, what was the old Timex you know, "It could take a licking and keep on ticking."