During a CNN panel debate Sunday on whether or not Samantha Bee deserved to be compared to Roseanne Barr, host Brian Stelter and his liberal guests somehow turned the conversation back to blame Trump for the female comedians’ offensive comments. 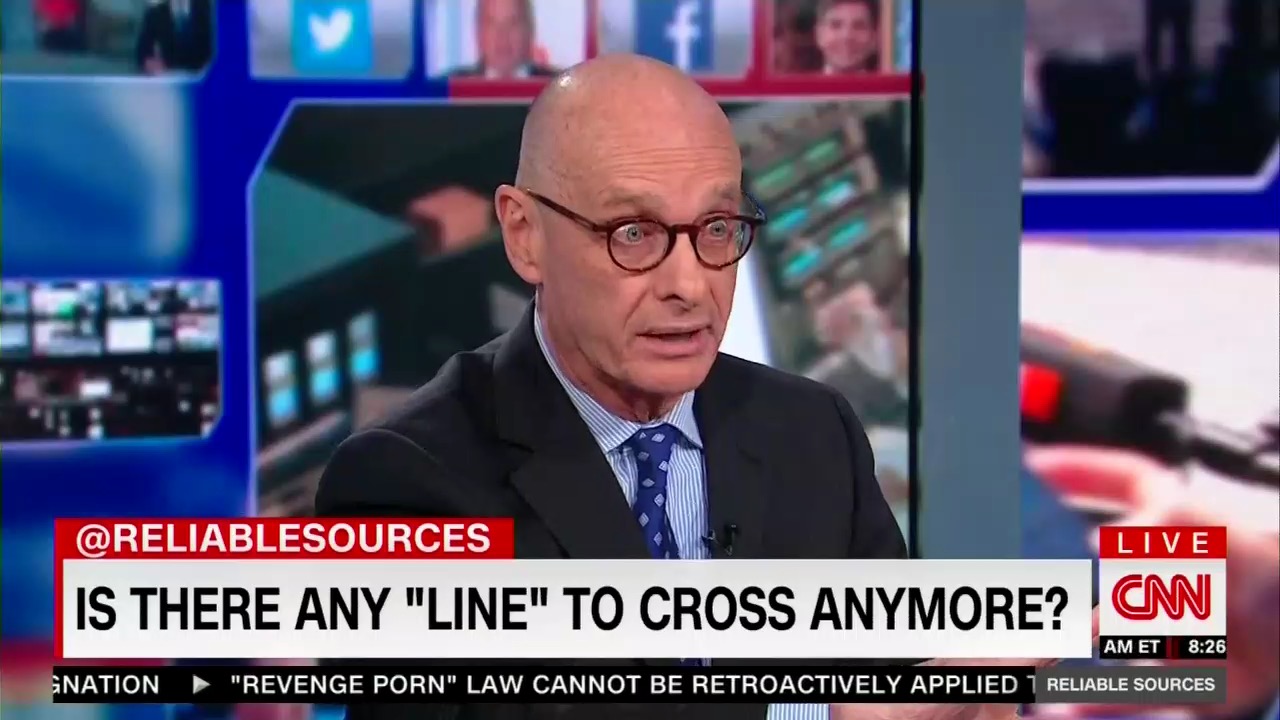 The June 3 Reliable Sources panel was of course comparing Roseanne’s racist tweet about Obama official Valerie Jarrett to TBS host Samantha Bee’s wildly crude remarks about Ivanka Trump, both made last week. While Roseanne’s show was immediately cancelled by ABC, Bee’s show remains running on TBS. Despite not facing any real punishment from her employer for calling the first daughter a “c**t,” and encouraging incest, Stelter lamented that the backlash against Bee distracted from her worthy message against the president.

“Remember [Trump’s immigration policy]? That was what she was actually trying to talk about but it was all overshadowed by her profanity,” he griped. Calling the two situations “very different stories,” Stelter teed up democrat guest Maria Cardona to explain why conservatives were drawing a “false equivalency” between the two comedian’s remarks.

Cardona argued this had nothing to do with politics, theorizing that ABC would’ve fired Bee, if she had been their employee too, and had tweeted something similar against Condoleezza Rice. The Federalist’s Mary Katharine Ham disagreed, calling out Cardona’s explanation as “trying too hard” to explain away the easy comparison between the two.

“But should she have been fired?” Stelter confronted Ham before defending Bee again on her message. “I think she was frustrated that this got so much attention,” he complained again.

Stelter then teed up his other liberal guest, wildly anti-Trump media critic David Zurawik from the Baltimore Sun, to explain how this was all Trump’s fault. Bringing up the president’s tweets calling out Bee’s comments, the Reliable Sources host noted that both networks ignored Trump’s tweets on the matter. That led Zurawik to argue incoherently that the public was starting to ignore the president’s tweets, while at the same time, he “drove” the rhetoric and national conversation in the culture.

He went on to ludicrously argue that Trump encouraged Roseanne’s racist tweet, and also drove Samantha Bee to call his own daughter a “c**t:”

“The -- the -- look, you can't blame the White House for something as ugly and horrid as Roseanne did, but you can see how Trump's rhetoric fed her and made her feel justified in her racism. And you can also see in a way how it drives someone like Samantha Bee, and I'm not excusing her in any way, and I'm not blaming him for this,” Zurawik huffed.

But, he added, “[Y]ou can see how it driving people to those extremes.”