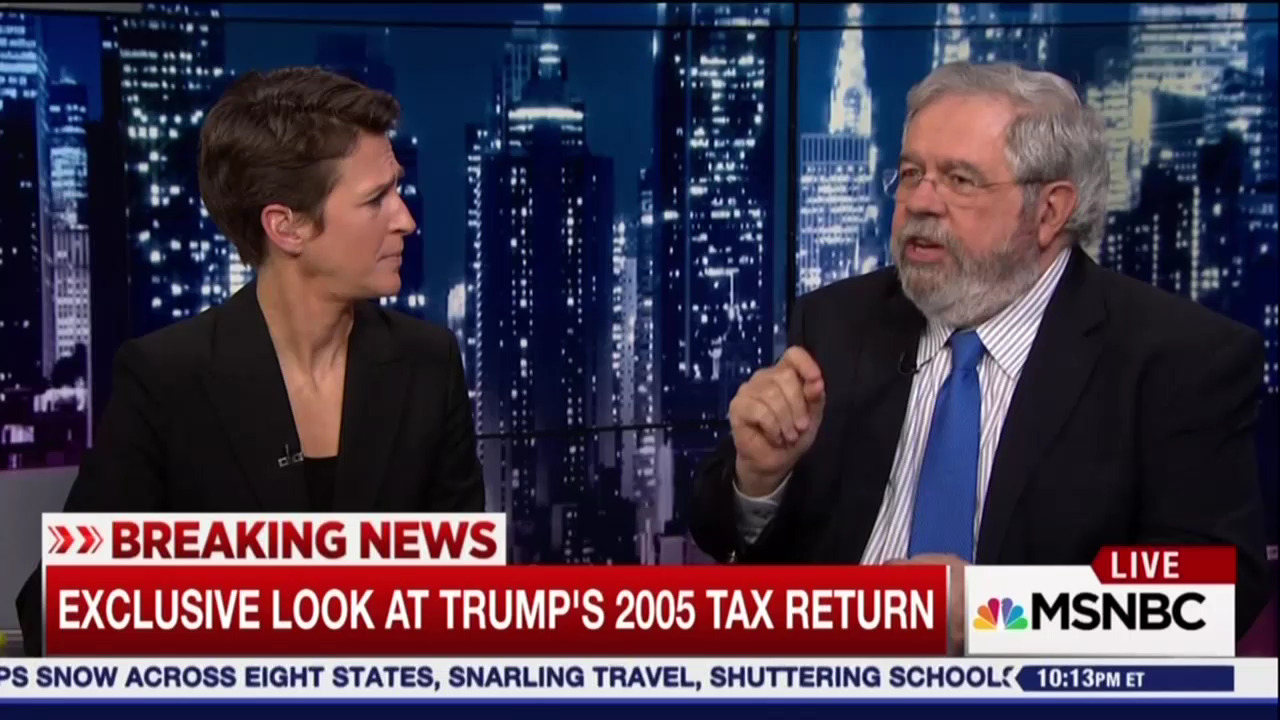 The reporter who was lauded by the media for sharing Trump’s boring 2005 tax return is not getting much attention for his politics but perhaps he should be. While the networks Wednesday morning described David Cay Johnston as a “Pulitzer Prize winning reporter,” they apparently didn’t notice that he was a hardcore liberal as well.

Johnston is currently authoring an anti-Trump book and has tweeted thousands of tweets attacking Trump and the right. Not to mention he is a contributor to the left-leaning Daily Beast and New York Times. So maybe it should come as no surprise that the media is ignoring something salacious and slanderous Johnston said about the first lady last night on MSNBC.

During an exhaustive discussion on Trump’s taxes on MSNBC’s The Last Word With Lawrence O’Donnell Tuesday, the host, Maddow and Johnston pored through the brief document, speculating if each number had a hidden meaning. O’Donnell wondered aloud what the one million dollars wage and salary listed on the return referred to.

LAWRENCE O’DONNELL: One of the straightforward lines here that's interesting is number 7 where he talks about he gets -- he has wages and salary income which is unusual for someone in his case. It is about a million dollars.

Johnston jumped in to speculate that the money belonged to Melania.

DAVID CAY JOHNSTON: Could be hers. His wife was a model.

O’Donnell disagreed, finding that unlikely since Melania wasn’t “at that league” in the modeling business, before Johnston made his outrageous accusation:

O’DONNELL: She's on here. But she was never at that league of that business.

O’DONNELL: But that could be --

Johnston makes the comment as O’Donnell, unfazed, keeps reading. Rachel Maddow however shushes him for the accusation.

O’Donnell keeps making his point and the comment goes by the wayside. Apparently by the rest of the media too, for Johnston was on several news programs today and was never asked about that comment.