Just like ABC’s interviews with VPs Mike Pence and Tim Kaine on Monday, this week’s ABC interviews with the two presidential campaign managers were staggeringly different from each other. On Tuesday’s The View, the panel barely made Clinton campaign manager Robby Mook sweat, but pummelled Trump campaign manager Kellyanne Conway on Thursday with harsh questions. Completely serious, Whoopi actually remarked at the end of the program that they treat every guest "fair" and with uncomfortable questions. But watching the two interviews side-by-side, that's a far cry from reality. 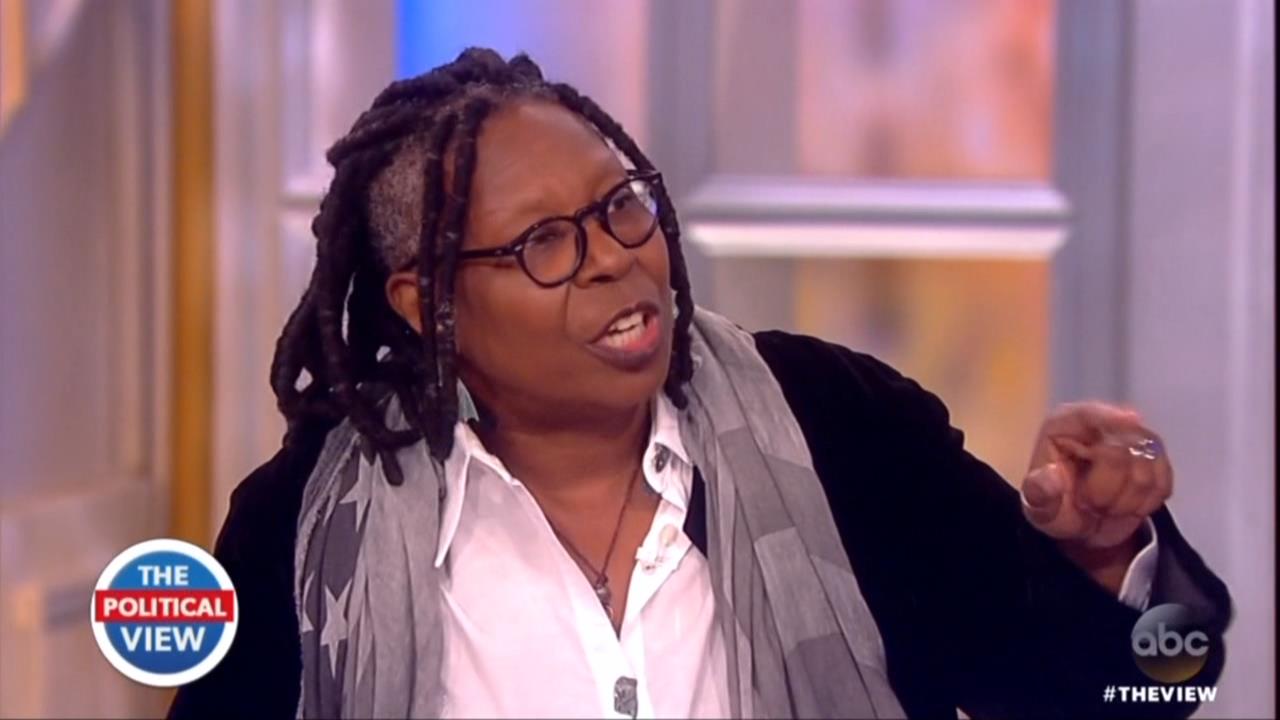 Unlike Tuesday’s genial and respectful interview with Mook, where he barely received any substantive or critical questions, Thursday’s interview with Conway was antagonistic and peppered with digs at Trump. To add to that, the panel would frequently hold Conway to a  standard that they didn’t hold Mook to.

For example, when Conway tried to deflect and talk about Clinton’s problems on the same topic the panel was hammering Trump for, the hosts would get angry.

“No, we're talking about Donald, baby, don’t change the subject in the middle of it,” Whoopi interrupted.  Again, when the panel brought up Trump's hotel investments in Cuba in 1998, Conway argued that Clinton received money from seven foreign governments while she was Secretary of State. "Yet somehow that's not relevant," she shot back. Whoopi again tried to brush the comparison under the rug.

WHOOPI:  We know that. We found that out because it’s all over

CONWAY: What did they get for it? They got access, they got state dinners.

WHOOPI: As Mr. Trump did, when he paid to spend time with the Secretary of State. Please. Trump has done the same thing.

CONWAY: He’s not a foreign government? 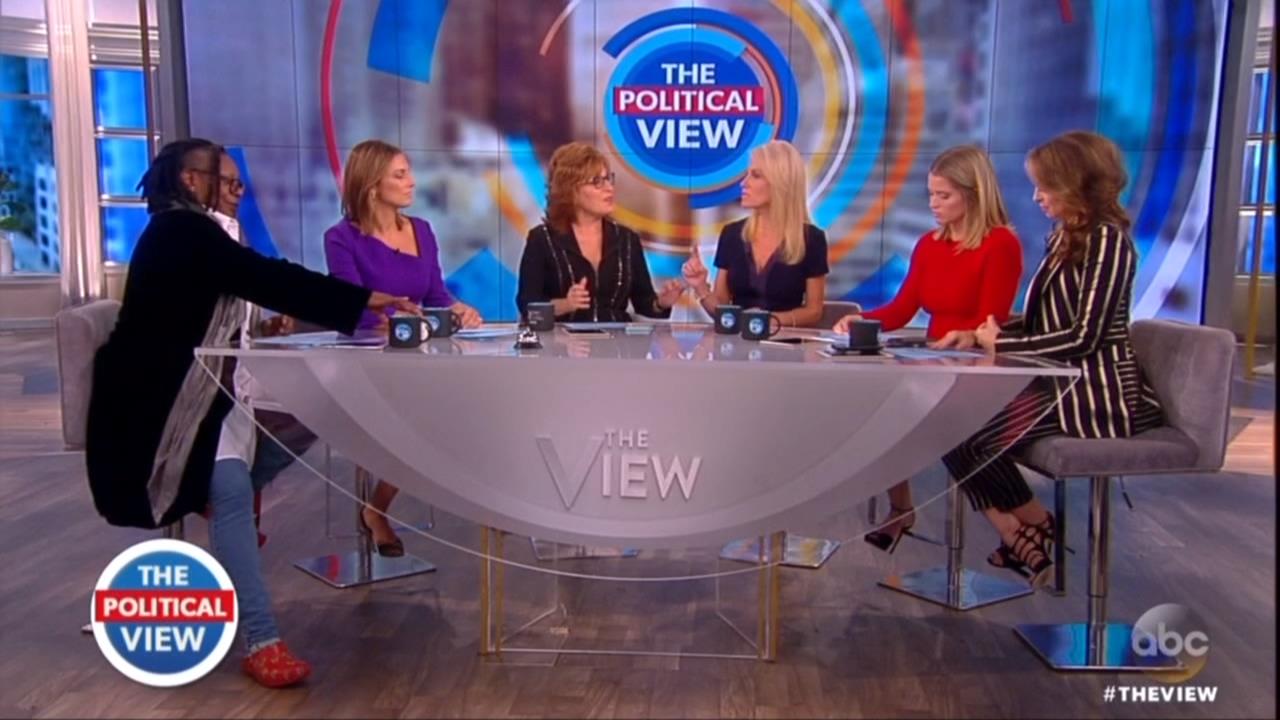 Yet they didn’t put up any fuss when Robby Mook frequently turned their questions around to bring up all that was wrong with Donald Trump. In fact, they aided him and would continue his line of thought for him. Like this exchange on Tuesday’s show:

ROBBY MOOK: I want to follow up on this. We talk about transparency. What was stunning about me last night. First of all, Donald Trump doubled down on not releasing his taxes --

SUNNY HOSTIN: Right. And then admitted that he didn't pay them. That he’s smart.

JOY BEHAR: And proud of it.

MOOK: And then he said that was a smart thing to do! He’s a billionaire. Working people across this country, myself included, we are paying our taxes, and he’s proud that he’s paying nothing! It’s incredible!

MOOK: Exactly. His secret service protection, we're paying for that. Apparently he's not.

BEHAR: We should pay for it but he shouldn't. [ Applause ]

The panel also criticized Conway for Trump’s non-comments on Bill Clinton’s affairs wondering if it was “fair game” or “relevant.” “What does he have to gain?” Behar asked. While they responded negatively to bringing up Bill Clinton’s history with women and Hillary’s intimidation of his victims, some on the panel had no problem bashing Trump for his comments about women.

After the Bill Clinton exchange Whoopi added, “How about how [Trump] treats women all the time?” Later, she told Conway that the panel was “shocked” she was supporting Trump, after coming from a single-mother household.

In another case where Hillary was out-of-bounds but Trump was fair game for the same exact issue; the candidates’ health.

SARA HAINES: Trump has always questioned Hillary's health and was even doing so last night. Does he believe she's hiding something and if not why does he keep talking about this issue?

Behar then brought up Trump’s sniffling during the debate and Faris asked for an explanation to why he was sniffling and drinking water. Conway responded:

CONWAY: Wait, we’re going to go after him for drinking water and we're not going to ask Hillary Clinton why five people on her staff pled the fifth and took immunity?

In yet another moment where Whoopi really hated Clinton scandals being brought up, she said to Conway:

At that point, the panel exploded in conversation about Trump not releasing his tax returns and Clinton’s e-mails. Whoopi adamantly said:

After Conway explained they were under audit, Whoopi argued:

Whoopi Goldberg and Joy Behar also strangely hammered Conway for appearing on the show instead of Trump. Obviously this wasn’t an issue with Mook appearing in Hillary’s place. When asked why Trump was not on the show, Conway responded that he was out campaigning. Whoopi scoffed at that answer, saying:

Joy Behar added, “Is he scared to come because we're women?”

To close the interview, Whoopi asked Conway to invite Trump on the show, to show them "respect."

CONWAY: And I gave you answers!

WHOOPI: And we're happy that you came. Next time, ask your boss to give us the same respect.