At least eight times Monday on CNN, various anchors and correspondents made the claim that Donald Trump called for racial profiling. The problem is, he didn’t. Starting at the 4:00 hour all the way through early Tuesday morning, CNN journalists added the term “racial” to Trump’s comments on profiling to combat terrorism, even devoting entire segments to discussing his statement he never actually said.

This isn’t the first time CNN has selectively subtracted or added to what someone said in their reports in order to skew their stories.

Starting on The Lead with Jake Tapper, correspondent Sara Murray stated Trump made an “apparent suggestion” for racial profiling on Fox and Friends Monday morning.

MURRAY: But offering few specifics, beyond his apparent suggestion that the U.S. should begin racial profiling.

But here’s what he actually said:

Again on The Situation Room, anchor Wolf Blitzer made the same assumption:

BLITZER: Donald Trump this morning said police are simply afraid to go after people in cases like this because they're afraid of being accused of racial profiling. Is that a serious concern among law enforcement?

MURRAY: The G.O.P. nominee suggesting that the U.S. should instate, racial profiling.

Even after Trump came on Fox News’ The O’Reilly Factor to repeat a similar statement on profiling, again without using the word “racial,” CNN continued to hammer home their message. Erin Burnett Outfront was the worst example on CNN, where the host devoted nearly the whole hour to discussing Trump’s “racial profiling” comments that he never actually said. 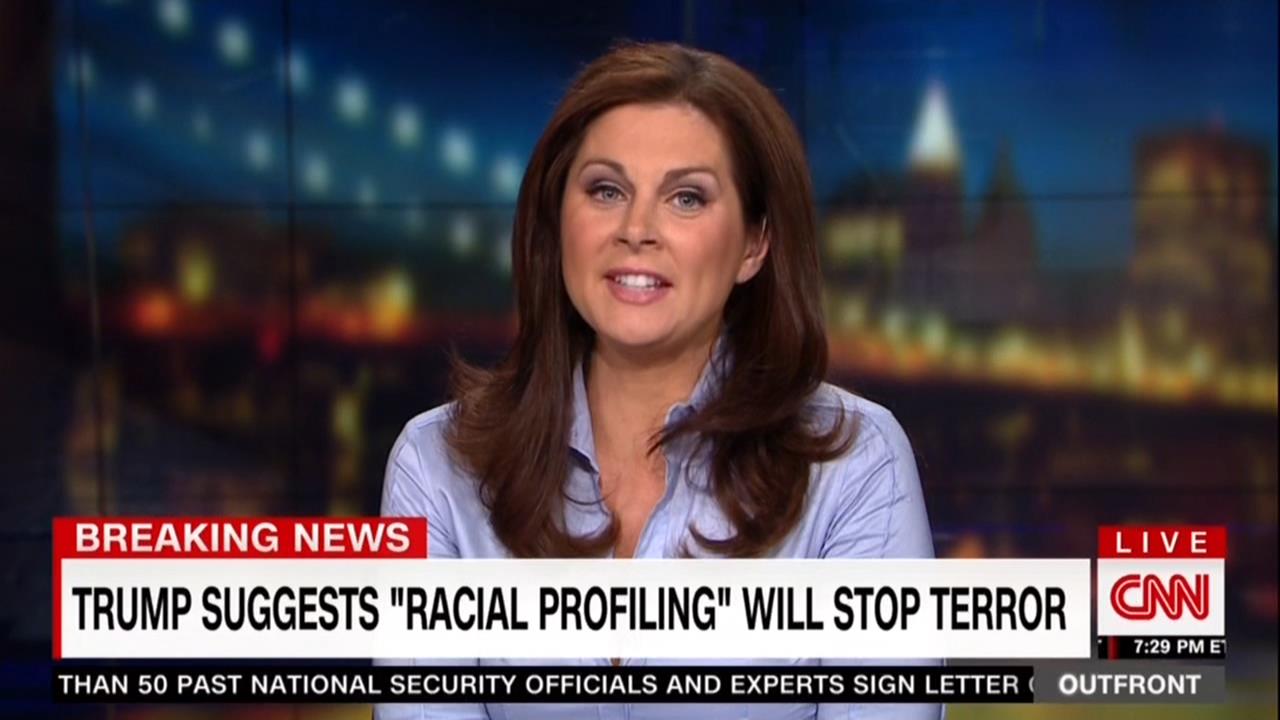 BASH: But Donald Trump is appealing to voters who very much want the opposite, as Carl was just talking about. And that's what speaks to the fact that he is doing better among those who want a commander in chief or somebody who's going to fight terrorism, because he is going with that kind of visceral feeling of we got to get these guys and it doesn't matter what the costs are, whether it is racial profiling or civil liberties, or immigration policies.

The very early morning shows on CNN Tuesday also made the same allegation.

But later Tuesday morning, CNN's Carol Costello  made it clear that the network's decision to insert “racial” into Trump’s quote was purposeful. In a discussion with Jeff Zeleny, Costello brought up the criticism and defended the addition of the word “racial” saying: