Daily Show Asks, 'Did Hillary Tell the Truth About Anything?!’ 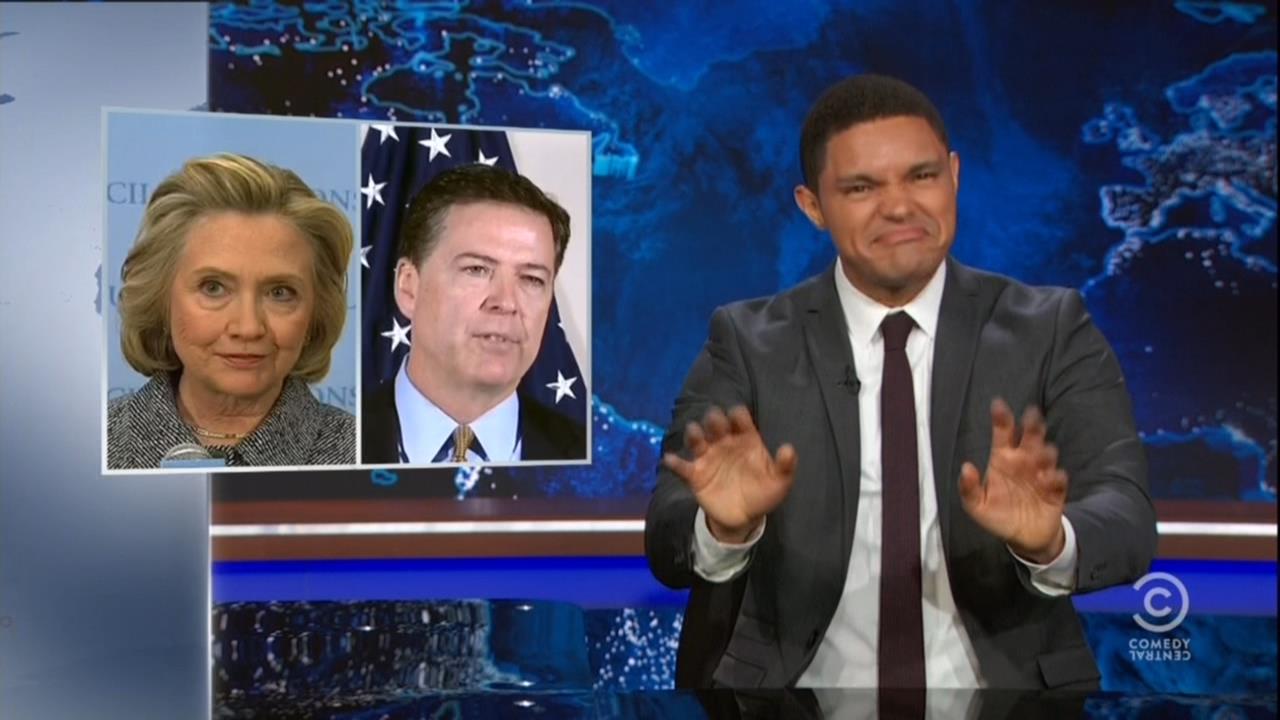 On Wednesday night’s Daily Show, host Trevor Noah surprisingly went after Hillary Clinton and her trustworthiness, calling her “Grandma Nixon.” He explained how the FBI had recommended not prosecuting her “despite the fact that just about everything she told us about it for the past year has been a lie.” He showed this with an MSNBC montage of every lie Clinton told about sending classified information over her private email server. After which, Noah sat in disbelief and exclaimed, “Did Hillary tell the truth about anything??!”

You know it’s bad for Clinton when even the most liberal players in the media admit that she lied “just about everything.” Especially coming from the show that begged just a few weeks ago for Clinton to “be our boss!”

Noah then ranted that Clinton’s image as the “responsible” and “dependable” candidate turned out to be “a whole lot of [censored].”

NOAH:  Did Hillary tell the truth about anything???! I feel like the next time I hear her say, "I'm Hillary Clinton and I approve this message," the FBI director’s going to pop out and be like her real name is Philip G Mackadoo. Why, Hillary, why. You do understand, that your lies have besmirched the Clinton name, a name synonymous with integ---[picture of Bill Clinton]---[audience laughs] No,no, that's not the point, that's not the point, the point is--[bleep] that's the point. Hillary's entire campaign has been the idea that she is the responsible candidate, sound judgement, disciplined, dependable. Hillary Clinton is basically the Volkswagen of-- candidates. She’s the efficient practical choice that’s been in the game for years and now,  just like Volkswagen turns out there is a whole lot of [bleep] She's been hiding from us. (Applause) Come on, Hillary!

Of course, Trump wasn’t off the hook either. Noah connected the two candidates by admitting that “In any normal race” this would’ve been “fatal” for Hillary’s campaign and all Trump had to do was “put the final nail in the coffin.” Instead, he decided to praise Saddam Hussein’s terror tactics. Noah was beside himself in disbelief at Trump’s response to the situation.

Noah tried to convince America to just cancel the election at this point, joking that both Hillary Clinton and Donald Trump, were “running against the only person who they could possibly beat.”

NOAH: So look, America, this is where you are. Grandma Nixon or traffic cone soaked in raw sewage. Those are your choices.