The latest case study for this question came Tuesday from left-wing pundit Bill Press and his eponymous radio show/podcast discussing the latest "milkshaking" incident in Great Britain targeting Nigel Farage, a leader of the Brexit movement to extricate Britain from the European Union.

Press, one of the early hosts of CNN's archetypal Crossfire political show, is a longtime radio host, columnist, Democrat party insider, and author whose most recent book was a screed on getting rid of President Trump.

While talking with producer Peter Ogburn, Press revealed that he likes it when people thrown things at politicians he hates. Ogburn mentioned that the protester attacking Farage got around a temporary suspension of milkshake sales at a nearby McDonald's, at Farage's request, by buying the beverage at a Five Guys burger joint instead --

OGBURN (barely able to contain his glee): But one protester got a milkshake from Five Guys and doused Farage with a milkshake while he was walking around town yesterday.

PRESS: You buried the lede -- there are Five Guys in London? (sic)

OGBURN: And the guy went and got, just to be clear, 'cause we care about the facts here, a salted caramel and banana milkshake that he then threw all over Nigel Farage ---

PRESS: You know what, that's a good one because I think there's a lot of sticky stuff in it ...

OGBURN: --- exactly, it's gonna be really hard to get out of that suit and he had it all over him -- he had it all over him. They immediately whisked Nigel Farage away. The guy who threw the milkshake was arrested, later seen in handcuffs, but Nigel Farage immediately was whisked away to a car. Not after, not until, or not before I should say, everybody got good pictures of him wearing a milkshake suit. (pause) Pretty good.

PRESS: Yeah, I'd be careful, I love that idea, I hope that idea, like, comes to this country but ---

OGBURN: Look, you're gonna get in trouble if you throw a milkshake on a politician. You should be ready for that. But also ---

PRESS: How about an attorney general? (Ogburn guffaws). He's not elected!

Yeah, but one doubts that Press and Ogburn would find the practice nearly so amusing had the attorney general getting assaulted been Eric Holder. And just imagine the faux outrage they'd summon if the target was Congresswoman Alexandria Ocasio-Cortez (or "Occasional-Cortex," as stated by the great Andrew Klavan at The Daily Wire), or one of those poor defenseless Democrats running for president. 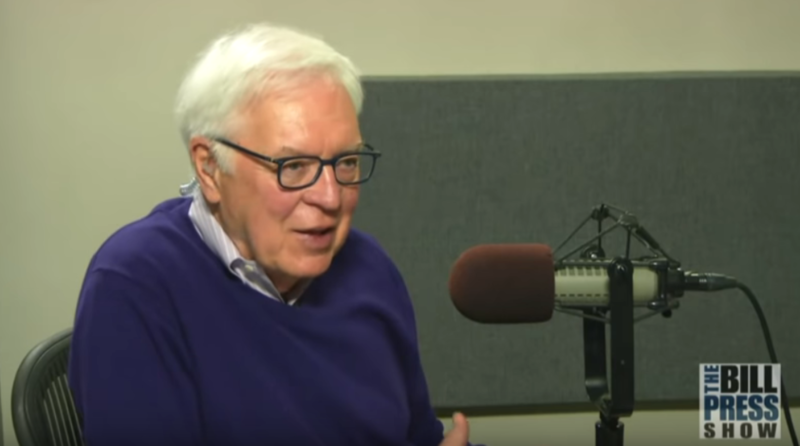 f heaving a milkshake at a politician is fair game, how about coffee? Or paint, as long as it's watercolors. Surely a pebble or two couldn't do much harm, providing that the recipient removes his glasses in time. And is there really much difference between pebbles and slightly larger stones, as long as they're thrown from a distance? After all, these are hated politicians we're talking about and this is just another form of dissent, albeit assaultive. Right? Right ...?

Civilization began the first time an angry person hurled an insult instead of a rock, Freud observed. Incidents like this, and the reaction from Press and his producer, and from the delighted CBS This Morning hosts, illustrate how liberals, for all their prattle about "evolving" and being on the right side of history, quickly revert to barbarism when it fits their agenda.