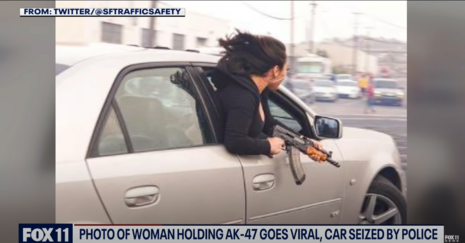 The summer of 2021 has seen a spike in violent crimes, especially murder in Democratic cities across the country, a predictable result of progressives’ calls for defunding of the police. Yet the ABC, CBS, NBC evening news programs have barely covered this dangerous crime wave as they’ve devoted less than an hour of coverage (58 minutes, 15 seconds) in three months (June 1-August 31) to the ongoing crime sprees in 15 Democratic-run cities.

Obviously the liberal media don’t want to embarrass President Joe Biden with stories about out-of-control violence that he’s done essentially nothing to stop.

The following are some of the stories in these cities that could have sparked a frenzy of coverage if the nets were trying to weigh down a Republican presidency: 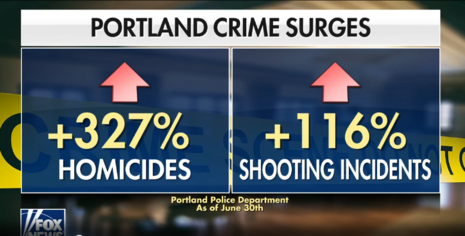 Tuesday’s violence in Portland upped the total homicide count so far this year to at least 58 people killed, making 2021 the most deadly year for the liberal city on record in more than 25 years. In 1994, there were 55 homicides recorded by the year’s completion, The Oregonian reported. Portland saw 55 homicides in 2020….This comes as the Portland Police Bureau is struggling to find officers willing to serve on a newly resurrected gun violence team – a year after its original unit was disbanded at the height of the “Black Lives Matter” movement. The once-prestigious positions on the Portland’s Gun Violence Reduction Team are now considered less desirable due to the added scrutiny that comes with the role. Homicides have surged since the unit was disbanded last summer after the Portland City Council voted to slash the police bureau’s budget by $15 million.

ABC, CBS, NBC evening news coverage: NBC Nightly News was the only evening program to cover any of the violence in Portland for a total of 81 seconds. On June 14, correspondent Gabe Gutierrez noted: “Portland, Oregon has seen a staggering 749 percent spike in homicides since last year.”

Atlanta police are pleading for calm after a violent weekend, increasing the city’s growing murder rate. “Put down the guns!” That’s the message Atlanta police wants the community to hear after the city surpassed 100 homicides over the weekend. “We’re just seeing a lot of senseless acts of violence in community,” said Chief Deputy Charles Hampton Jr., during a press conference on Monday. Late Friday, Robert Bankston and Cedrika Smith were gunned down at a home on Sells Avenue. Lamorris Godfrey is accused of killing the two siblings. Early Sunday, there was a triple homicide outside the Ultra Kiss Lounge in Southwest Atlanta.  A woman was also stabbed and carjacked Sunday near Piedmont and Ponce De Leon. The victim was taken to the hospital and is expected to survive. Police arrested Robert Trigger in connection to the crime after he crashed the woman’s car not too far away....This year’s homicide rate is outpacing last year’s numbers. The city has now recorded more than 100 homicides compared to 92 this time last year.

ABC, CBS, NBC evening news coverage: Total time spent on Atlanta crime was 44 seconds. On June 14, CBS Evening News spent 16 seconds on a confrontation between a mall security guard and two armed teenagers. On August 6, ABC World News Tonight spent 21 seconds on a female jogger who was stabbed to death, along with her dog in an Atlanta park. On June 23, NBC Nightly News had a four second mention about a 41 percent jump in Atlanta homicides over last year. On July 18, NBC Nightly News offered an additional 3 seconds on the rise in Atlanta homicides over the last year. 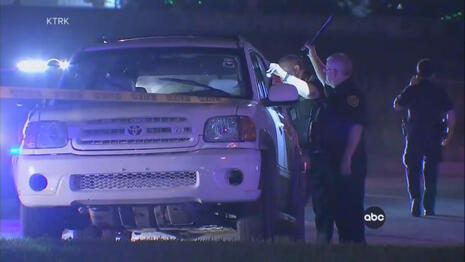 Violent crime and homicides are surging in major Texas cities, but Houston’s increase in homicides leads the U.S....In June, the nation’s third-largest city saw a 35% increase in homicides, much higher than that reported in Chicago, Los Angeles and New York City. Homicides in Houston rose at a quicker rate than any other major city in America, with 222 Houstonians murdered as of June 21, 2021, a 35% increase from 2020 and a 91% increase from 2019.…[Crime Stoppers’ Director of Victim Services Andy] Kahan argues that based on the data he’s reviewed, “the revolving door at courthouse is playing a significant, major role in the increased crime rates. Get a grip on the courthouse and you will get a grip on what’s happening with crime.”

CBS’s KPIX on August 2 documented just one of the horrendous murders that have taken place in San Francisco in 2021:

The residents of a San Francisco Bayview neighborhood continued to wrestle with emotions Saturday night after a teenage girl was gunned down while sitting on a skateboard in the middle of the street. Investigators said the shooting happened on Friday evening around 6:45 p.m. near the corner of Bertha Lane and Hudson Avenue. A 45-year-old woman was also wounded....Police said the killing is San Francisco’s 29th homicide of the year. Investigators said no one has been arrested. There’s no suspect information and no motive.

ABC, CBS, NBC evening news coverage: No mention of this horrific murder. Total amount of time on San Francisco crime was 35 seconds in a July 10 NBC Nightly News story that noted a spike in shoplifting.

Seattle Experiences Deadliest June In Over a Decade

Seattle experienced its deadliest June in at least 13 years, signaling the potential for another record-breaking year of violent crime....There were nine homicides registered in Seattle last month, according to data collected by the Seattle Police Department. That’s the highest number of recorded homicides Seattle has seen in June since 2008, the earliest year publicly available from the Seattle Crime Dashboard. It represents a 125% higher homicide rate than in June of 2020.

Minneapolis residents are voicing concern on Monday following a weekend of violent crime and reckless behavior. Police said someone intentionally drove a car into a group of pedestrians near Nicolett Avenue and West Grant Street on Saturday evening, leaving one man hurt. According to Minneapolis Police Department, the incident happened after one woman attacked another woman with a knife in that area….People who live and work in the city told 5 EYEWITNESS NEWS they are frustrated by the escalating violence.
“I’ve lived in Minnesota probably 20 years now and it’s not something I’ve seen in the past,” said Waz Oba, who lives near downtown. “The world’s weird right now. You can’t have that peace of mind.” Greta Hummel, who also lives in the city, added, “Maybe they're more fearless than they used to be or feel like they can get away with more.”

There have been 3,035 violent crimes in Minneapolis so far this year, the highest rate in more than a decade.

Former city council member Don Samuels posted on Facebook that he fell victim to reckless behavior himself this weekend, calling it “a dystopian night in Minneapolis.” He said his car and several others along his north Minneapolis block were damaged in a hit-and-run crash early Sunday morning. “We came home, called the cops. They said, ‘Nobody can come. We’re totally busy,’” Samuels said. “We didn’t see the cops until the next day.”

Samuels is among a group of residents that sued the city for not having enough police on the streets. In early July, a judge sided with the residents, ordering Mayor Jacob Frey and the Minneapolis City Council to hire more officers by June 2022.