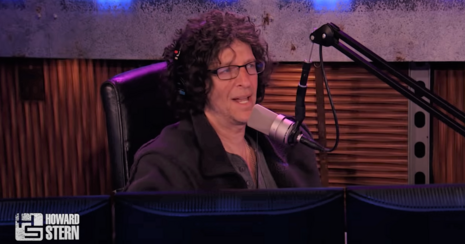 This week, NewsBusters is recounting the most obnoxious liberal bias of the year.

On Monday, we presented the most outrageous examples of journalists fawning over liberal or left-wing icons; on Tuesday we reviewed the grossest examples of the media playing politics with the pandemic; on Wednesday we examined the year’s nastiest attacks on Team Trump conservatives; on Thursday we highlighted the media’s Trump Derangement Syndrome; on Friday we showcased the silliest analysis of the year.

Today, we look at some of the most outrageous celebrity quotes of 2020. 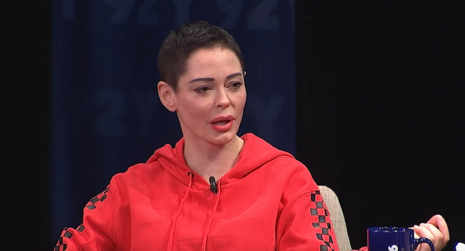 “Dear #Iran, The USA has disrespected your country, your flag, your people. 52 percent of us humbly apologize. We want peace with your nation. We are being held hostage by a terrorist regime. We do not know how to escape. Please do not kill us.”
— January 3 tweet by actress Rose McGowan.

Trump and His Supporters Should All Drink Clorox and “Drop Dead”

Howard Stern: “I would love it if Donald would get on TV and take an injection of Clorox and let’s see if his theory works. Hold a big rally, say fuck this coronavirus, with all of his followers, and let them hug each other and kiss each other and have a big rally.”
Sidekick Robin Quivers: “A big cocktail of disinfectant.”
Stern: “Yeah, and all take disinfectant and all drop dead.”
— Howard Stern’s SiriusXM radio show, April 27.

Trump = “Biggest Tyrant and Mass Murderer and Mass Destroyer of Everything”

“We’re living here in a fool’s hell. The United States of America is not a fool’s paradise; it’s a fool’s hell....Donald Trump is somewhere down here, floundering around in the muddy water at the bottom of the oligarchic pool. This is a man who has failed at fucking everything in his life except becoming the biggest tyrant and mass murderer and mass destroyer of everything that any of us might love or cherish in the whole [world], only because he has the power.”
— Former Pink Floyd band member Roger Waters in a February 12 interview with Rolling Stone magazine.

“Two-thirds of all white guys voted for Trump. That means anytime you see three white guys walking at you, down the street toward you, two of them voted for Trump. You need to move over to the other sidewalk because these are not good people that are walking toward you. You should be afraid of them.”
— Film director Michael Moore on Rolling Stone magazine’s “Useful Idiot” podcast, December 23, 2019.

You Know Who Else Was Acquitted? O.J.

“I just think COVID is God’s gift to the left. That’s a terrible thing to say. I think it was a very difficult thing to send down to us, but it has ripped the Band-Aid off who [Trump] is and what he stands for and what is being done to average people and working people in this country.”
— Actress/activist Jane Fonda in a Zoom video, as published by The Washington Free Beacon on October 7. 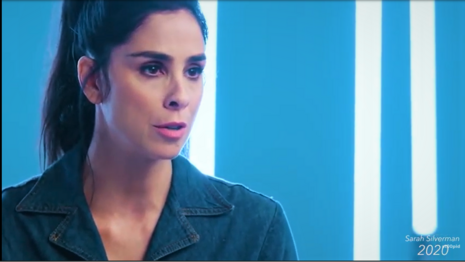 “These people are responsible for thousands of deaths. People trust them. And they will never take responsibility. Watch them rewrite history in front of our eyes. I don’t think hatred is productive but it’s what I feel towards these people. Hatred. Ugh.”
— April 4 tweet by comedian/actress Sarah Silvermann. Tweet was accompanied by a Comedy Central’s The Daily Show clip featuring (among others) Donald Trump, Mike Pence, Rush Limbaugh and Sean Hannity.

“Thousands Will Die” Thanks to “Most Despicable” President “Ever”

“This is the most despicable man to ever inhabit the Oval Office. Thousands will die needlessly for his arrogance and incompetence. And if this doesn’t prove it to you, nothing will. We must remove this horror from power asap.”
— April 2 tweet by Seinfeld actor Jason Alexander.

“Worst Dictators In History” Not As Bad as Trump

“You know, it’s an amazing thing. The man [Donald Trump] has not one redeeming quality. You could take some of the worst dictators in history and I’m sure that all of them, you could find one decent quality.”
— Seinfeld co-creator Larry David in an April 4 New York Times interview with columnist Maureen Dowd.

“I was sure that Trump was going to get elected the day he announced, and I said that he’s going to be like Hitler, and Mexicans are going to be the new Jews. And sure enough, that’s what he delivered.”
— Singer Linda Ronstadt comparing today in America under Trump to Nazi Germany, CNN’s Anderson Cooper 360, December 30, 2019.

“Trump is responsible for more deaths than Kennedy Johnson and Nixon. He will go down in history as the Stalin of incompetence and greed.”
— April 22 tweet by actress Ellen Barkin.

“A racist President doesn’t care that Black Americans die at the hands of racist cops. An incompetent idiotic President turns his back as hundreds of thousands die of a deadly virus. On Nov.3 we have a choice: Life or Death.”
— June 11 tweet by film director Rob Reiner.

Laughing At Those Dumb Yokels Who Just Want to Work Again

“I’m starting to think that these characters who support Trump might be suicidal. They seem to fight hardest for the things that will kill them. They want freedom to gather in large groups during an epidemic. They want guns. They want pollution. I figured it out. They want to die and they’re taking us down with them. It’s like if the Titanic was headed towards the iceberg, and half of the passengers were like, ‘Can you please speed this thing up?’”
— Host Jimmy Kimmel on ABC’s Jimmy Kimmel Live, April 20.

“We are in a dictatorship, military surrounding our capital, gassing American citizens exercising their right to free speech and gather @realDonaldTrump you are no leader. You sir are a tyrant. History will write your name alongside Nero, Napoleon, Mussolini, Pol Pot #lockhimup.”
— June 1 tweet by Netflix’s Orange Is the New Black actress Lea DeLaria.

“Donald is a mass murderer. Any comment which doesn’t make that clear is lying about what he is doing. He has chosen to misinform people to help him politically which is killing tens of thousands more people. He is a mass murderer by choice. He should be impeached for murder.”
— September 22 tweet by comedian/film director Judd Apatow.

Where Have We Heard This Before? Comedian to Rapper: You Can’t Be Black and Vote Trump

“He [rapper Curtis Jackson] doesn’t wanna go from being 50 Cent to ‘20 Cent’ and I had to remind him that he was a black person, so he can’t vote for Donald Trump.”
— Former Netflix host/comedian Chelsea Handler discussing ex-boyfriend rapper Curtis Jackson AKA 50 Cent decision to vote for Trump due to Biden’s tax plan as aired on NBC’s Tonight Show Starring Jimmy Fallon, October 23.

Sending the “Monster Back to Mar-a-Lago”

“I have to say, I’m very happy and relieved that it looks like we’re finally sending this monster back to Mar-a-Lago....I’m also shocked that it was this close....I mean what more did Donald Trump have to do to show us that he’s insane and not fit to lead this country? I feel like I overestimated the American people.”
— Host Jimmy Kimmel on ABC’s Jimmy Kimmel Live, November 4.

“You lost, you miserable self-entitled fucker. Concede and get the hell out.”
— November 8 tweet by author Stephen King.