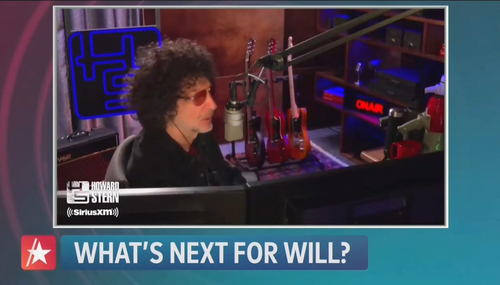 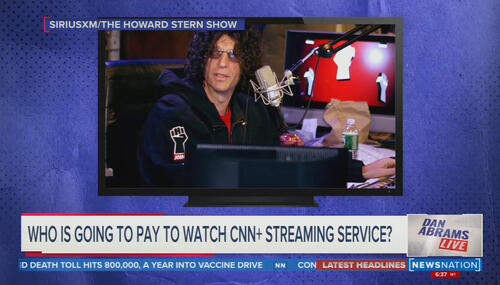 On Monday, The Blaze’s Alex Nitzberg reported on talk radio host Howard Stern “discussing the news that Chris Wallace is leaving the Fox News Channel and heading over to work for CNN+” and “gave voice to a sentiment likely shared by many Americans when he questioned who would actually pay for CNN’s streaming subscription service.” 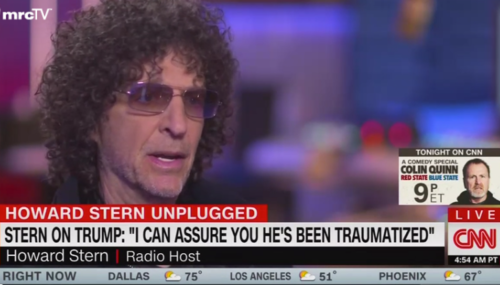 The self-crowned “King of All Media” trafficked in some of the raunchiest material for decades before segueing to satellite radio in 2004. Sure, director Judd Apatow’s films look wildly unwoke just a few years later. Comedians like Eddie Murphy once told jokes that could spark extended Apology Tours today. 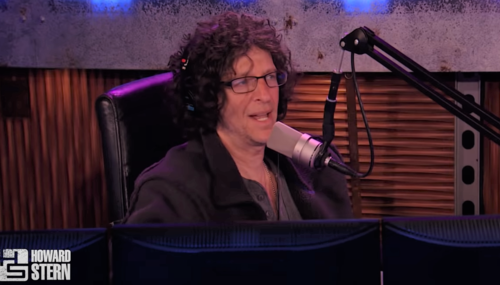 TOP 12: Celebs Sink Lower as They Attack Trump, His Family and Voters

Geoffrey Dickens
April 29th, 2020 10:00 AM
Celebrities sank to new depths in their attacks on Donald Trump and his supporters, as they blamed him for “tens of thousands of deaths,” called his voters “insane” and wished they would “drop dead.” The following are the most obnoxious attacks by celebrities on Trump, his family and supporters from the last two weeks of the coronavirus crisis: 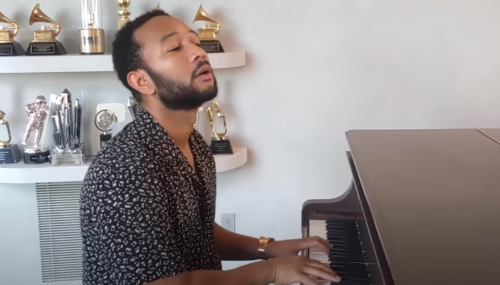 Culture
Gabriel Hays
April 27th, 2020 6:00 PM
Media and Hollywood outrage over President Trump’s handling of the coronavirus has reached a fever pitch in the last few weeks, and that’s saying a lot considering they’ve been blaming Trump for every death since the onset of the pandemic. Now they’re directing their anger at his supporters, encouraging them to drink bleach to off themselves, and equating them to Hitler’s followers. 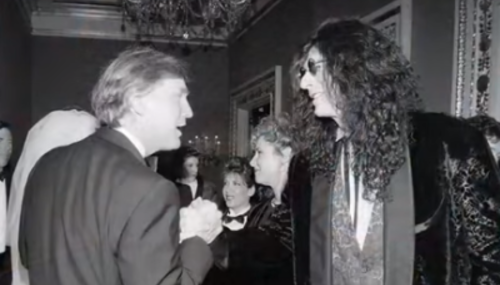 Howard Stern on Trump: He ‘Doesn’t Give One S**t About Public Service’

Culture
Gabriel Hays
April 1st, 2020 11:57 AM
If your so-called “buddy” told you almost a full term into your presidency that you “didn’t give a shit about public service” or that the only reason folks were tuning into your pandemic press conferences was because they are “scared shitless,” would you consider that friendly constructive criticism, or cutthroat negativity from yet another leftwing opponent? 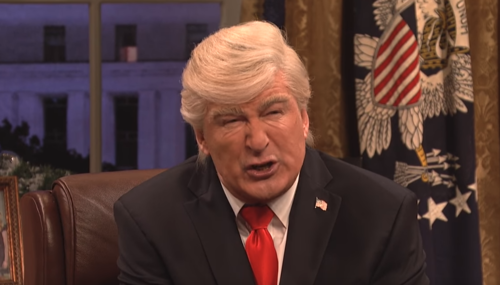 Baldwin: Trump Only Cares He and ‘Republican Contributors’ ‘Don’t Die’

Culture
Alexa Moutevelis
March 27th, 2020 8:31 AM
President Trump isn’t worried about the Chinese coronavirus as long as he and his wealthy Republican donors “don’t die,” thinks Hollywood lefty Alec Baldwin. He said as much to radio shock jock Howard Stern while doing his Saturday Night Live impression of Trump. 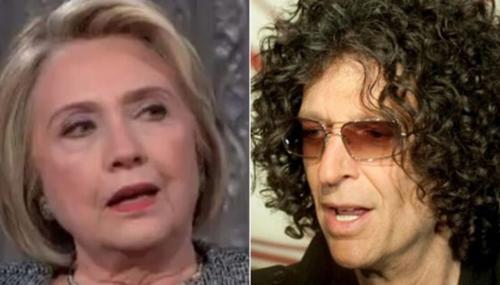 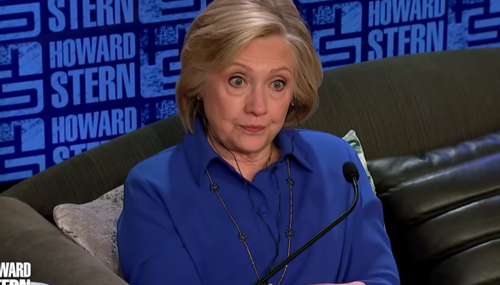 Culture
Gabriel Hays
December 5th, 2019 2:01 PM
Tsk tsk, Hillary. The former presidential candidate is taking heat for her response to old rumors about her being a lesbian. Madame Clinton’s firm denial that she has “never” been tempted to dabble in homosexuality angered a member of the LGBTQ community for making the lifestyle out to be something “salacious.” 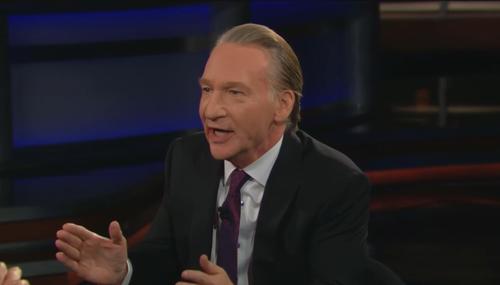 Aiden Jackson
October 15th, 2019 6:03 PM
There is no greater enigma in late-night television than Bill Maher. Depending on the day, one could get the somewhat rational Maher pleading with the left wing to cut back on their extremist antics or the radical Maher who prays for a recession. On Friday’s Real Time, audience members were witness to the former as Maher lamented with radio host Howard Stern on the crumbling state of the… 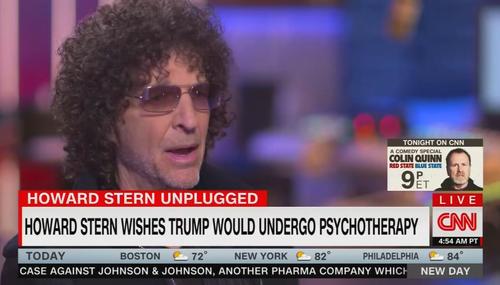 Ryan Foley
May 28th, 2019 4:39 PM
Just weeks after expressing his regret that he did not “help” Hillary Clinton win by having her on his show ahead of the 2016 Presidential Election, radio host Howard Stern has once again tried to get into the media’s good graces by trashing President Trump. During an interview with CNN’s Anderson Cooper Monday night, Stern did not hesitate to criticize the President, who appeared on his radio… 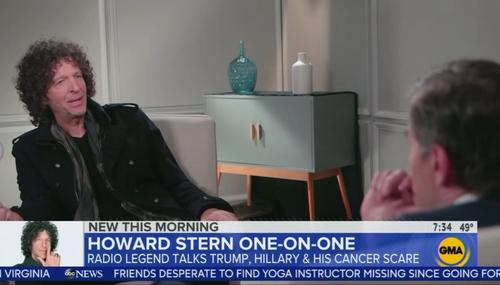 Stern Laments 'Helping' Trump Win: 'I Wanted to Do That for Hillary'

Kristine Marsh
May 13th, 2019 9:32 AM
Shock-jock radio host Howard Stern sat down with ABC anchor George Stephanopoulos for a Nightline interview that aired in parts on Monday’s Good Morning America. Stephanopoulos was very interested in letting the radio host rant about not “helping” Hillary Clinton win the 2016 election by having her on his show, beforehand. 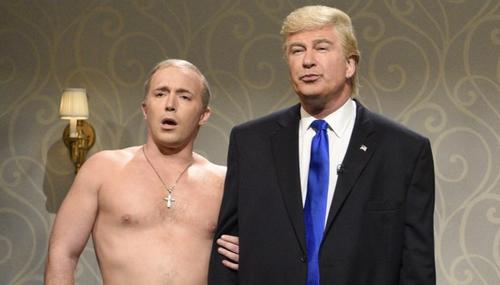 Randy Hall
October 10th, 2018 10:52 PM
Poor Alec Baldwin. The liberal actor and activist is trapped in a role that won’t let him go. Every time he decides he’s had enough of imitating President Trump on NBC’s Saturday Night Live program, people tell him he must continue because “we need you.” Baldwin, who won an Emmy Award for his impersonation, now claims at least one other benefit from his ongoing role: “Ever since I played Trump,…