Entire news cycles exist to keep flimsy narratives meant to hurt the former President in play. And, for select comedians, any news item is grist for more Trump bashing.

Jim Gaffigan, a formerly neutral comic who succumbed to Trump Derangement Syndrome like his peers, seized on Will Smith’s infamous Oscar slap to swat Trump.

The King Richard star smacked Oscar presenter Chris Rock during the March 27 ceremony after Rock quipped about Smith’s wife, Jada Pinkett Smith, and her bald ‘do.

We don’t deserve the brilliance of @chrisrock. ‘When you’re a star, they let you do it. You can do anything,’ – Donald Trump and Will Smith.

There’s zero connection between Smith’s actions and anything Trump-related. None. Yet Gaffigan shared that message with his 3.2 million Twitter followers.

And then he had second thoughts.

Gaffigan subsequently deleted the Tweet. Here, he appears to backpedal on his TDS-inspired “hot take.” 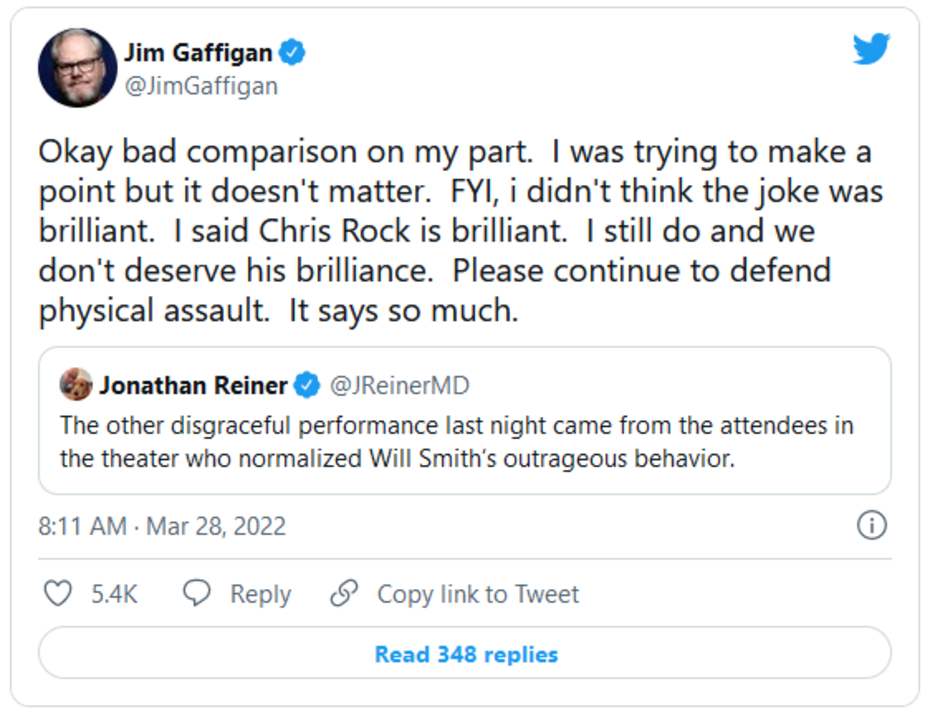 Nothing of the sort happened with the so-called “King of All Media.” At least not yet.

Howard Stern, who no longer resembles the free speech warrior who conquered terrestrial radio, made a similar argument from his satellite perch.

Where is security? Not one person came out, because he’s Will Smith. This is how Trump gets away with s***.

Except President Trump doesn’t resort to violence. Sure, he’s full of bluster on a good day, but he’s never attacked anyone like Smith did to Rock. He didn’t start any new global conflicts while in office, either.

So why did Stern and Gaffigan say it? TDS helps explain why. It’s also clear Stern loves the media attention he gets since shifting to the Left in the Culture Wars. You won’t hear him raging against free speech attacks or Big Tech censorship.

That won’t get him fawning headlines.

All he needs to do is bash Trump in any fashion and he’s guaranteed press coverage.