What the Liberal Media Won’t Tell You: Hillary Bullied Bill’s Victims Too 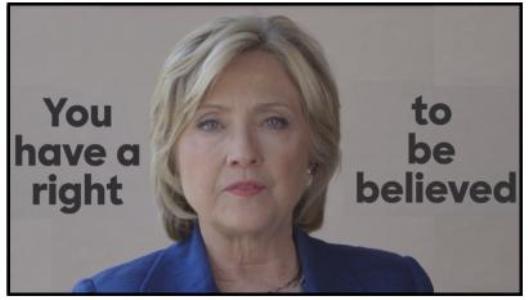 At Sunday night’s Democratic debate NBC’s Andrea Mitchell did her part to get Hillary Clinton past questions about her husband’s horrible treatment of women when she pressed campaign rival Bernie Sanders “You called Bill Clinton’s past transgressions, quote, ‘totally, totally, totally disgraceful, and unacceptable.’ Senator, do you regret saying that?”

And last month, when Hillary Clinton slammed Donald Trump for having a “penchant for sexism,” the Clinton-adoring media were dismayed that Trump would be so rude as to respond that she ought to look at her own husband when it comes to sexism and a “record of women abuse.” Reporters treated this as a sketchy allegation, or if true, a remarkably impolite way to campaign.

When Townhall columnist Kurt Schlicter accused Hillary of “standing with a serial sexual abuser,” CNN’s Don Lemon, on December 22, blared: “It is not fair. It is a low blow. I want to end this. This is the lowest of the low and it has nothing to do with Hillary Clinton. It is just a cheap shot.”

On the December 28 Good Morning America, ABC political reporter Mary Bruce embarrassed herself: “Based on his latest mudslinging, [it] seems like Donald Trump is already looking ahead to a battle with Hillary Clinton...Trump intensifying his war of words with the Democratic front-runner. Targeting her husband’s alleged sexual misconduct.” “Mudslinging” to bring up “alleged sexual misconduct”? Bruce acted as if she were literally born yesterday, as if she had never heard the stories of Juanita Broaddrick, Paula Jones and Kathleen Willey.

What Mitchell, Lemon, Bruce and others in the liberal media have routinely failed to do, since the 1990s, is tell their audiences how Hillary Clinton was not some innocent bystander, but was just as guilty in attacking those women who could’ve been a threat to their rise to power.

Hillary, herself, sparked the victims of Bill to speak out, when on November 15, she had the audacity to tweet: “Every survivor of sexual assault deserves to be heard, believed, and supported.” Broaddrick, Jones and Willey have since shamed Hillary for this tweet but none of the network evening shows (despite devoting 486 minutes to the Clinton campaign in 2015) have aired their complaints.

In response to Hillary’s campaign message, alleged Bill Clinton rape survivor Juanita Broaddrick, tweeted: “I was 35 years old when Bill Clinton, Ark. Attorney General raped me and Hillary tried to silence me. I am now 73....it never goes away.” None of the broadcast networks acknowledged Broadrick’s tweet.

Back in March 1998, when Broaddrick first came forward, the liberal media didn’t flood their airwaves to tell Broaddrick’s horrific story of abuse. ABC, CBS, NBC offered weekend coverage but then dropped the story. NBC’s Dateline finally aired an interview with Broaddrick in February of 1999.

On the June 10, 2003 edition of FNC’s Hannity and Colmes, Broaddrick chillingly told Sean Hannity how Mrs. Clinton pressured her: “She [Hillary] made her way just as quick as she could to me....I almost got nauseous when she came over to me. And she came over to me, took a hold of my hand and said, ‘I’ve heard so much about you. And I’ve been dying to meet you....I just want you to know how much Bill and I appreciate what you do for him.’ And I said, ‘Well, thank you.’ And I started to turn and walk away. This woman -- this little soft spoken -- pardon me for the phrase -- dowdy woman, that seemed very unassertive, took ahold of my hand and squeezed it. And said, ‘Do you understand everything that you do?’ I could have passed out at that moment. And I got my hand from hers and I left....I had started to turn away from her. And she held onto my hand and she said, ‘Do you understand everything that you do?’ I mean, cold chills went up my spine. That’s the first time I became afraid of that woman.”

When Hannity asked: “You interpret that to mean she knew about the incident?” Broaddrick responded: “I certainly do. ‘And thank you for keeping quiet.’”

Broaddrick wasn’t the only victim to speak out against Hillary’s call to believe survivors. Paula Jones told radio talk show host Aaron Klein on January 3: “How dare her. You know what? She don’t care nothing about women. Because if she did she would believe what I had to say. She would believe what the other women had to say.” Like Broaddrick, Jones’s current comments were completely ignored by the networks.

Jones, with whom Bill Clinton had to settle a sexual harassment lawsuit with, was yet another of Bill’s victims that the media initially dismissed. When she held a press conference in February of 1994 where she accused Bill Clinton of exposing himself to her in a hotel room, the sum total of Big Three (ABC, CBS, NBC)  coverage was just one 16-second brief on ABC.

Jones also had to endure the likes of then-Newsweek reporter Evan Thomas’s insults: “Yes, the case is being fomented by right-wing nuts, and yes, she is not a very credible witness, and it’s really not a law case at all...some sleazy woman with big hair coming out of the trailer parks.” 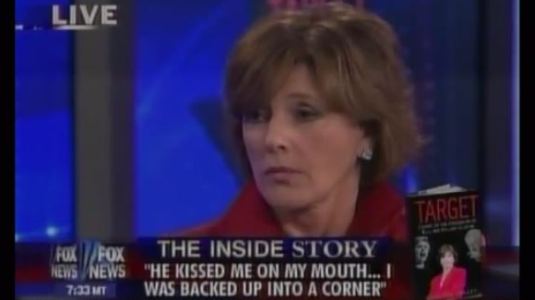 Another of Bill’s victims, Kathleen Willey, was also outraged by Hillary’s hypocritical plea to “believe” the word of all sexual assault victims. Willey told talk show host Aaron Klein on January 10: “What I would like to be able to do is talk to college students who don’t know about what happened. Explain it to them. And make them understand what exactly happened back then. And then let them know all of the horrible, horrific, terrorizing details of what his wife did to his victims....Instead of using that whole thing and feeling betrayed by it, she used it all as a political opportunity. You try to explain to people the consequences of what happens to these women when Hillary Clinton goes on the attack. It’s another woman who claims to be a woman’s advocate attacking these women. I mean, this woman absolutely terrified me. And I don’t get afraid easily. I’m pretty independent.”

As with Broaddrick and Jones, Willey’s statements were ignored by ABC, CBS and NBC.

This isn’t the first time Willey had harsh word for Hillary. On the November 7, 2007 edition of FNC’s Hannity and Colmes, Willey told FNC’s Sean Hannity: “Hillary claims to be and wants us to think that she’s a champion of women’s rights. She’s a women's advocate. She’s a feminist. She has enabled his behavior for over 30 years. This started way before they got married.”

But when Willey first came forward in July of 1997 to accuse Bill Clinton of groping her in the Oval Office while President, the sum total of Big Three coverage was one minute on CBS, a mention on NBC. ABC did nothing.

While her relationship with Bill Clinton was consensual, Gennifer Flowers (the first of Bill’s women to come forward) accused Hillary Clinton of enabling her husband’s philandering from very early on. On the August 18, 1999 edition of FNC’s Hannity and Colmes, Flowers detailed that Hillary, despite her claims to the contrary, was very much aware of her husband’s wandering ways:

Alan Colmes: “So she knew this was a 12-year-long relationship?”
Gennifer Flowers: “Yes.”
Colmes: “She knew this all along?”
Flowers: “Well, yes, yes, I’m sure she did.”
Colmes: “And you’re saying she blatantly lied then to the American people about her knowledge or lack thereof of his peccadilloes?”
...
Flowers: “Yes, she knew. I don’t know how many women she knew about, but she knew about my relationship with Bill Clinton. And yes, she lied.”

When Flowers first came forward in a 1992 press conference that included audio tapes of her phone conversations with Bill, the media was dismissive. On the Big Three networks and CNN there was a total of just 14 stories in six days of coverage.