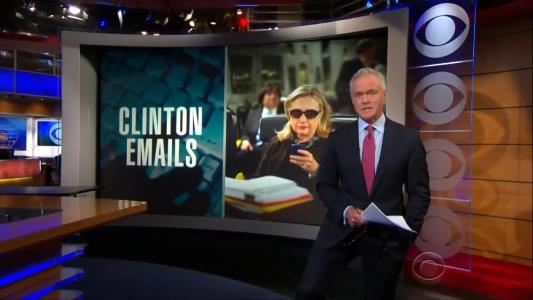 The stunning revelation that Hillary Clinton wiped her personal e-mail server clean is the kind of political cover-up that should have sent the networks into overdrive, except they had an even more important agenda to advance: smearing an entire state and its Republican governor as anti-gay bigots.

From the morning of March 27 through the evening of March 30, the Big Three (ABC, CBS, NBC) networks spent only 10 minutes and 15 seconds to the admission by Clinton’s own attorney that her State Department e-mails were wiped from the server that had been subpoenaed by Congress, but they devoted a whopping 35 minutes and 1 seconds to coverage of the Indiana religious freedom law.

The erasing of 18 and-a-half minutes of tape in the Nixon White House was considered an impeachable offense by the liberal media, but the deletion of Clinton e-mails that spanned the Benghazi investigation wasn’t the top story of the week. The networks found a more compelling object of obsession to cover in the last few days: A Republican governor signing a bill into law that merely underscores the First Amendment protection to people of faith. 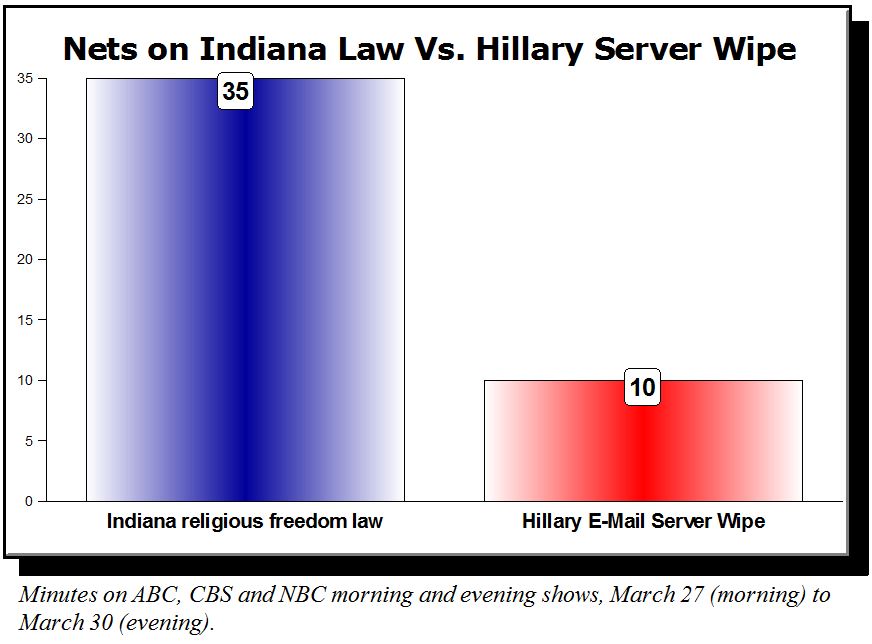 The latest turn in the Clinton e-mail scandal was first reported by the liberal newspaper of record in the March 27 New York Times but the development managed to spark a perfunctory amount of stories on the network evening and morning news shows.

As MRC analyst Jeffrey Meyer noted coverage of the Indiana law and its Republican Governor Mike Pence has been slanted to say the least. When coverage began on March 27, CBS Evening News anchor Scott Pelley warned of the “growing backlash against a law signed yesterday by the governor of Indiana...opponents say it legalizes discrimination.”

On CBS This Morning Saturday, reporter Adriana Diaz spotlighted Indiana resident Angie Alexander to fret that “we don’t know what restaurants or what stores we can go into and not be turned away and have to suffer. You know, that’s degrading. It’s embarrassing.”

Thanks to MRC analyst Jeffrey Meyer for contributing to this study.