The Certitude of Ineptitude 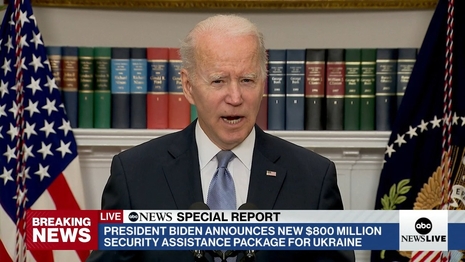 I really am flummoxed by the ineptitude of President Joe Biden and his chief of staff, Ron Klain. Biden has been a Washington politician for half a century, including eight years as vice president and before that a senior senator. Klain is a consummate Washington insider, having worked for Janet Reno, Al Gore, Biden and others.

Last summer, the border got swamped with migrants. They sent Vice President Kamala Harris south of the border and the situation never improved. Activists accused border patrol agents of whipping refugees with horsewhips. The White House condemned the act. But an investigation recently revealed no immigrants were whipped. White House staff have declined to apologize for believing the allegation.

Many border patrol agents are Hispanic. The criticisms of Immigration and Customs Enforcement and the border patrol by the left are criticisms of Hispanic voters and their families -- a constituency the Democrats are losing. But the White House seems openly hostile to both.

Now, having seen what monsoon of migrants the summer brought last year, the Biden administration is preparing for the expiration of Title 42. The pandemic is receding. Title 42 can be deployed as a health care power so long as the pandemic is at the forefront. It allows the surgeon general to keep people from entering the United States due to a health care crisis. With a receding pandemic, Title 42 has to go away. It's only a matter of time before some enterprising Trump judge scraps it to exacerbate the political problems for Biden.

Here's the thing: How are we in April of 2022 in a midterm election and the White House clearly has no plan to deal with the surge of illegal immigrants and expiration of Title 42? Their own polling shows this issue is pushing Hispanic voters to the GOP and they've got nothing. They have had plenty of time to prepare and did nothing to prepare.

The Biden administration was caught flat-footed on Ukraine too. They knew the Russians would invade. They chose to provide Ukraine help but have constantly scaled back their original offers. The administration has slow-walked intelligence to Ukraine, putting the Republicans in a more pro-Ukraine position than Biden. Biden has accused Russia of genocide and then taken no actions equal to the accusation. Just last week, the United States promised helicopters on a Thursday and walked back the promise that same Friday.

Then there is the mask issue. They could have let it expire a few weeks ago and taken the credit. Instead, a federal judge in Florida threw it out. Then Joe Biden himself said people should have the choice whether they want to wear a mask or not. Less than six hours later, his administration decided to appeal to get the mask mandate reinstated. But they are not going to ask for its immediate reinstatement. Instead, they're going to ask for the authority to be able to reimpose it in the future.

So, in other words, Biden could have canceled the mask mandate a few weeks ago, rendered the court case moot, preserved the power to reimpose it and taken credit for its end. But Biden and Klain did not. Instead, they will now ask a court to preserve power for the organization that insists you not eat raw cookie dough and cook your steak to an internal temperature of 145 F.

Between the border, Ukraine and the masks, they really have no plans for governing. They have just decided to perpetuate the status quo of their own making in the hope that something shakes out. They are careening from crisis to crisis, two clowns in bumper cars colliding with crises of their own creation.

The best they have going now are their pundit partisans lamenting that really Biden is a victim of circumstance unable to control anything. And that is not much of a defense.

Some might say this is all part of some elaborate plan, but the Republicans are about to wipe them out. That is most assuredly not part of the plan. How are they this inept?