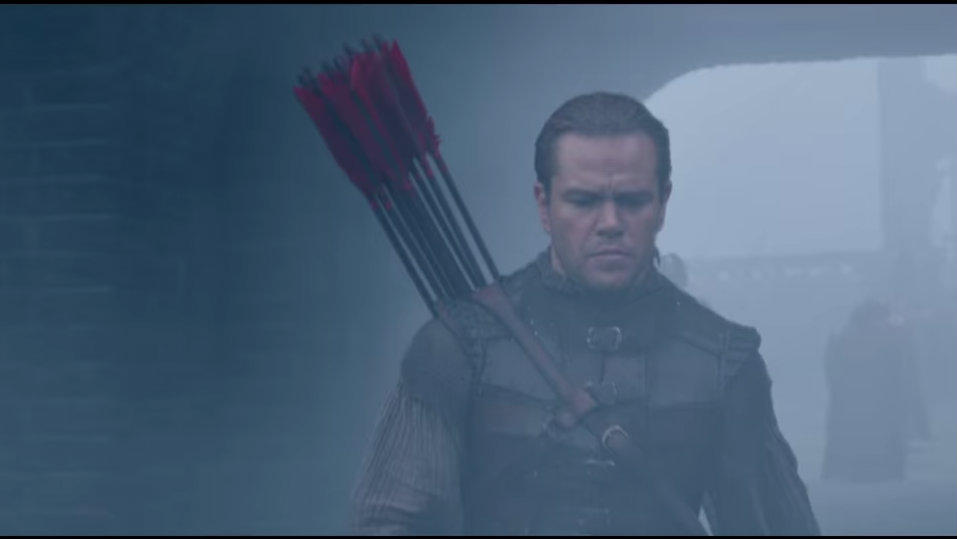 After the first trailers for the new fantasy, action adventure “The Great Wall” came out, it was only a matter of time before the complaints ensued. The lead actor in this Chinese blow-‘em-up film is a white guy, Matt Damon.

Huffington Post rushed to the defense of “POC” (people of color), writing a piece about “Fresh Off the Boat” actress Constance Wu’s condemnation of the film.

Wu bravely declared on Twitter, “We have to stop perpetuating the racist myth that only a white man can save the world. It’s not based on actual fact.”

To be fair: neither is the movie. The new Matt Damon film is CGI flick about blowing up monsters.

Wu goes on to identify herself with literally everyone on earth who isn’t white. “Our heroes,” she said possessively, “don’t look like Matt Damon.”

What do Wu’s heroes look like? They look like Malala, Gandhi, and Mandela, she said in total disregard for her implicit colonization of African, Indian, and Pakistani culture.

Huffington Post and Wu never mention the fact that all three of those heroes—Malala, Gandhi, and Mandela—have movies made by major film companies with actors of the same race as the hero.

Huffington Post also doesn’t mention that the director of the new film, Yimou Zhang, is from Xi’an Shaanxi, China. He’s made lots of well-known films with Chinese leads, including “Hero” and “House of Flying Daggers.” Does every single film he makes need to had a Chinese lead?

According to Wu, arguing that the individuals behind the film are Asian is a “microaggressive excuse.” As Wu explains, “POC’s choices can be based on unconscious bias too.”

It finally all makes sense. Zhang, the director of countless Chinese action films, is subconsciously self-loathing. He really hates his own people, feels inferior, and desires a white savior.

After laying out her case against “The Great Wall,” Wu turned on her compassionate side: “I know that overcoming your own bias and doing something differently takes balls….” She began empathetically. “Well don’t you WANT balls?” she added.

Wu wasn’t alone in her criticism. HuffPost also reported blogger “Angry Asian Man” calling the film, “the latest movie in the grand cinematic tradition of Special White Person.” HuffPost then reported that Zhang said he made the film in part to introduce Americans to Chinese culture.

Not good enough! At least not for progressive watchdogs of “cultural appropriation,” the latest star in the firmament of manufactured grievances.