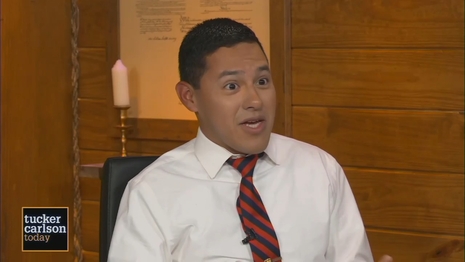 Our friend Julio Rosas at Townhall had a story Monday pushing back against Soros-funded Philadelphia District Attorney Larry Krasner (D), whom many believe has presided over the decaying of one of America’s great cities. While the liberal media have rushed to commiserate with him over this past weekend’s deadly shooting that killed three and injured 11 others, Kasner has avoided responsibility for crime rising in conjunction with his far-left, soft-on-crime policies.

Rosas noted that “Krasner called for gun control on the national level” in light of Saturday night’s shooting and raged against the NRA, but the facts show crime has gone up on his watch.

In one tweet he highlighted, NewsNation’s Zaid Jilani shared a Philadelphia Inquirer graphic that showed a rise from 2014 to 2020 in gun possession arrests, but a dramatic decline in convictions on surge charges.

To see Rosas’s full piece, check it out here.