Over the Labor Day weekend, the liberal media uncorked another piece of truly fake news thanks to a Rolling Stone story that claimed an Oklahoma hospital had been overrun with people having overdosed on the medication ivermectin. Among the frauds was none other than MSNBC’s The ReidOut host Joy Reid, who spent just over six minutes on Friday using the tall tale as a jumping-off point for a segment on ivermectin.

As it turned out, the story wasn’t even remotely true as the single source used by Rolling Stone (and Oklahoma City-area NBC affiliate KFOR) hadn’t worked at the hospital in months and the magazine didn’t even obtain prior comment from the hospital in question.

“So, things are clearly bad, but they’re being made even worse by people who have refused to take the vaccine, and instead are swallowing horse paste,” began Reid.

Reid then brought up the Oklahoma fable with an accompanying graphic of a Business Insider story that backed up the claims (with the title “Oklahoma’s ERs are so backed up with people overdosing on ivermectin that gunshot victims are having to wait to be treated, a doctor says”):

The emergency room in one rural Oklahoma town is being overwhelmed by people overdosing on ivermectin, the horse deworming medication. It’s gotten so bad that gunshot victims — gunshot victims — are having to wait to be treated. By the way, the pharmaceutical company that produces ivermectin, Merck, had to tell people that there was no scientific basis or evidence for using ivermectin when it comes to COVID.

Former MSNBC contributor-turned-NYC health official Dr. Lipi Roy and NBC News’s ever-annoying and QAnon-obsessed reporter Ben Collins came in to back Reid up and do what MSNBC always does in treating Americans who don’t think and vote like they do as wild animals.

With an Oklahoma-related chyron to help her along (“Overtaxed Hospitals Now Dealing with Ivermectin O.D.S”), Reid griped to Roy that “it’s so frustrating to me to hear people who are willing to take a horse medicine and drink that[.]”

Roy continued down that train of thought that about right-leaning Americans holding the country back (and ignoring statistics such as only 28 percent of young Black New Yorkers being vaccinated) (click “expand”):

REID: How frustrating is it for you that people are now taking up hospital beds because they chose to drink or to consume ivermectin, instead of getting the shot?

ROY: Yes, so, happy Friday, Joy. Good to see you. I want to make sure your viewers understand that inappropriate administration of medications can have a constellation of harmful side effects. In the case of ivermectin, which, by the way, to be very clear, is not FDA-approved for the treatment of COVID-19 — it is FDA-approved to treat parasitic infections, such as river blindness, malaria, but not COVID-19. There are active clinical trials being run right now. But ivermectin, especially when it’s — when people are overdosing on it, can cause a lot of serious side effects, including seizures, coma and death. People need to just really stick with the evidence-based medications, treatment. And, yes, the gold standard right now is prevention, which is the vaccine, Joy. That’s the message that people need to know.

Collins got his turn once Reid finished kvetching that “people are listening more to social media, which you cover for us so brilliantly at NBC News, than they’re listening to people like Dr. Lipi Roy.”

Instead of genuinely considering (in good faith) why people don’t trust the government (and the media), Collins went onto blame said group of people themselves. This went on and on, but we’ll spare you the rest.

Writing on his blog Inquire, Zaid Jilani called the original claim from KFOR the kind of thing that would have led “an old-fashioned, traditional journalist” to first wonder “whether it passes the sniff test.” Alas, it didn’t.

Our friend Drew Holden had an immaculate thread on others who didn’t care to check the work of Rolling Stone or KFOR. While Rolling Stone issued a lengthy update, KFOR’s story is still up touting claims of multiple hospitals being overwhelmed.

CNN’s Daniel Dale would arrive on the scene with a story on Tuesday’s New Day, but he channeled his inner weasel by making it about how “critics of this story jumped to conclusions.”

Unlike Dale, Holden chose to live in reality as he correctly diagnosed the problem later in his thread: 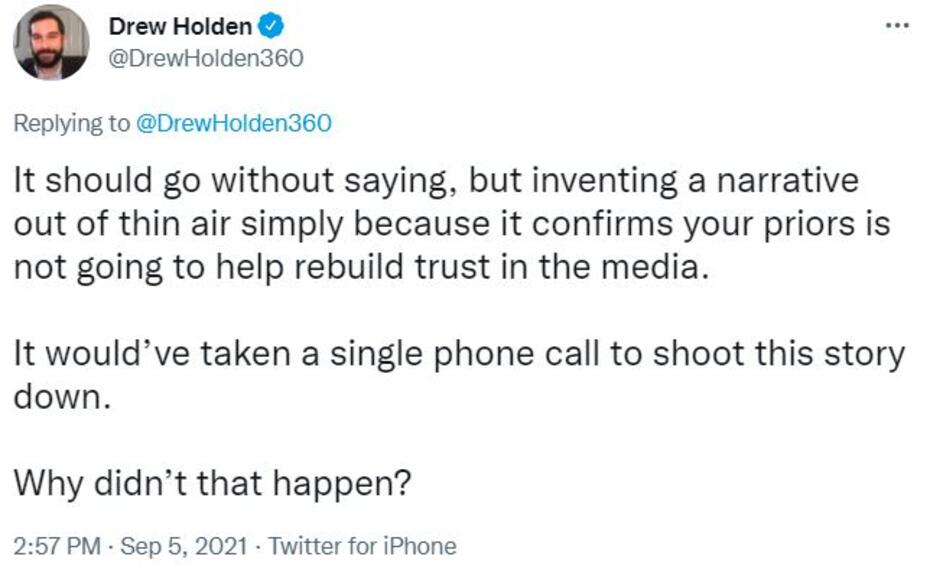 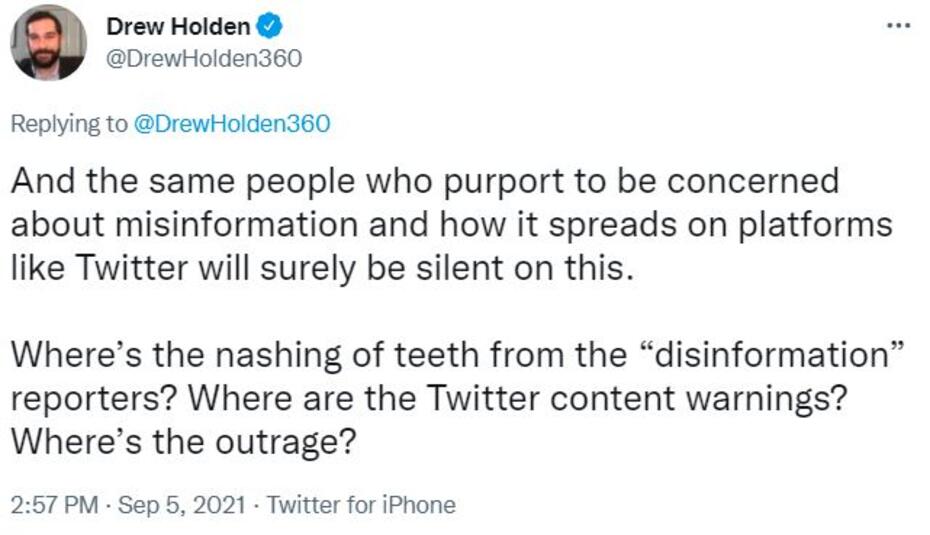 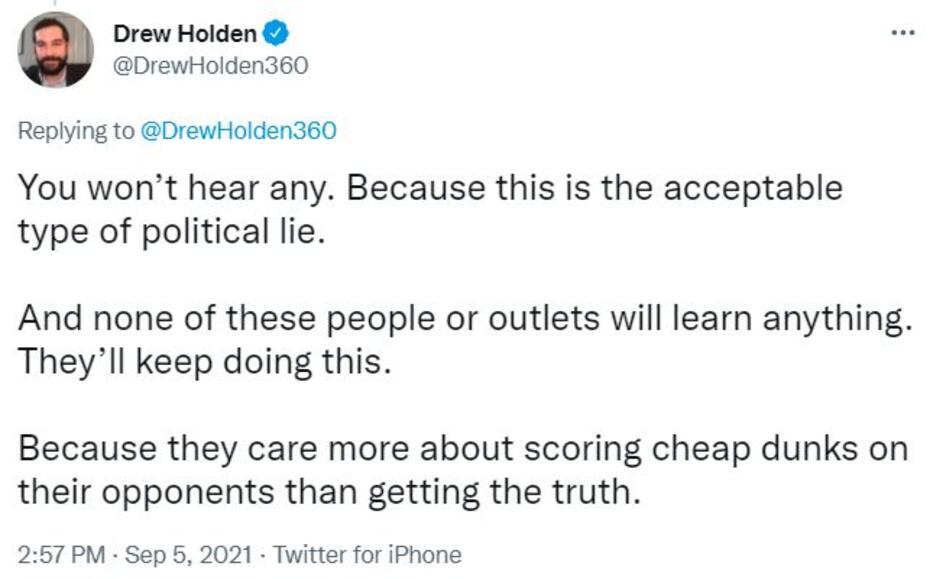 To see the relevant MSNBC transcript from September 3, click here.

Reid’s fake news escapade (and venomous takes on Friday covered here) was made possible thanks to the endorsement of advertisers such as Allegra, Amazon Prime, Dove, and Ensure. Follow the links to see their contact information at the MRC’s Conservatives Fight Back page.