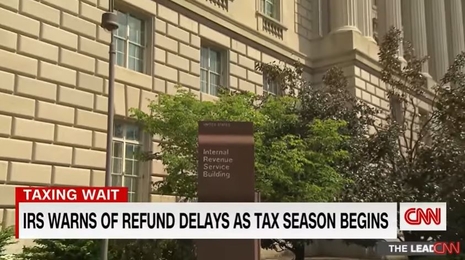 Reporter Glenn Thrush on Saturday defended the U.S. Bureau of Alcohol, Tobacco and Firearms in “A.T.F., Agency Crucial to Biden’s Gun Plan, Struggles to Push for Reform.” He picked on the bureau’s acting director for being civil at a gun industry convention.

This jarring split screen -- a president demanding action on gun violence and an industry-friendly subordinate pumping the brakes -- infuriated some Biden allies. [Marvin] Richardson’s leadership of A.T.F., they believe, reflected the White House’s waning focus on gun control after the defeat last year of Mr. Biden’s pick to run the bureau, David Chipman, who had vowed to overhaul an agency that has been without a permanent leader since 2015.

Gun control has long been a centerpiece of Mr. Biden’s agenda, a point he underlined during his State of the Union address on Tuesday when he declared that his proposals to ban assault weapons and eliminate the restriction on lawsuits against gunmakers would “save lives.” But Senate Republicans are blocking him, forcing the White House to pursue limited executive actions through an underfunded agency systematically weakened by congressional Republicans and the gun lobby.

(A previous article co-written by Thrush defending the ATF ignored the Second Amendment and Waco.)

Another sob story about an underbudgeted federal agency also appeared on Saturday, by Alan Rappeport: “I.R.S. Braces for Another Chaotic Tax Season.”

At the Internal Revenue Service’s sprawling Kansas City, Mo., processing center, teams of clerks earning $15 per hour work through the night, trying to help the agency clear a backlog of more than 20 million tax returns that are a year overdue.

The conditions are subpar: Scanners sputter, forcing workers to enter data by hand, staplers are scarce and piles of tax documents overflow from carts.

But tax-averse Republicans, who have spent years cutting the agency’s budget, have seized on the I.R.S.’s problems as proof it should not be given more money or responsibility, with at least one lawmaker calling for the tax collector to be abolished.

The agency’s work force of about 75,000 is the same size as it was in 1970. Its enforcement staff has fallen by over 30 percent since 2010, and audits of millionaires have declined by more than 70 percent. And its budget has declined by nearly 20 percent, when accounting for inflation, during the last decade.

At the same time, the tax code has become more byzantine, and the number of individuals filing tax returns has grown by about 7 percent, according to the Center on Budget and Policy Priorities, a left-leaning Washington research group….

(Whose fault is a “byzantine” tax code and more people filing returns? Perhaps not the Republican Party.)

The I.R.S. expects to process 160 million 2021 tax returns this year. About 90 percent of those are filed electronically and flow relatively smoothly through its systems. But about 24 million paper tax returns, amended filings from previous years and other mail correspondence continue to clog its creaky systems….

Some Republicans want to further gut the I.R.S. Senator Rick Scott of Florida proposed cutting the agency’s funding and work force by 50 percent in his new plan to “rescue America.”