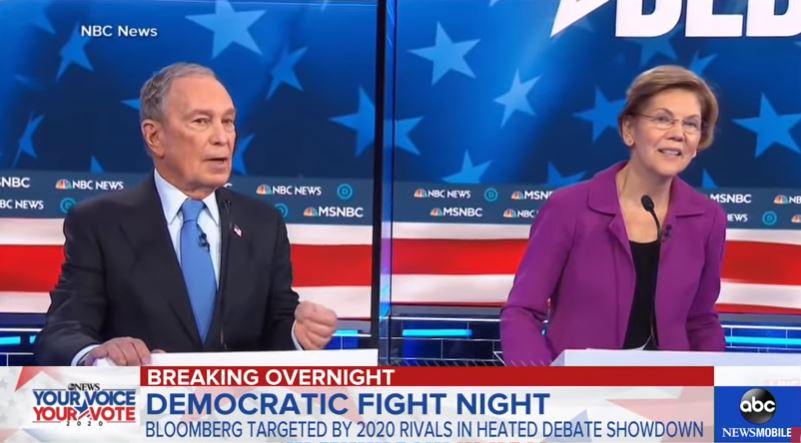 Hours before Senator Elizabeth Warren would take the stage in front of the largest television audience in Democratic debate history, she was holed up in a Bellagio hotel suite outfitted with six podiums for her final practice session.

Her voice was hoarse from a cold that had left her team scrambling to find a solution: “elm bark” lozenges, teas and, eventually, a throat spray from a supporter who was an opera singer. But those worries mostly melted away as she landed line after line that would, a few hours later, help invigorate a stagnated candidacy. When that last dress rehearsal had wrapped, Ms. Warren’s advisers applauded her out of the room.

She carried that confidence across the Las Vegas Strip to the debate stage at the Paris Hotel that evening.

....The display recalled the fighting version of Ms. Warren that is memorialized in a glass trophy cabinet at her Oklahoma City high school, where she was a champion debater.

After pro forma concern over a pro-Warren super-PAC forming after she announced her opposition to PACs, the Times returned to her heroic homecoming.

After the debate, when Ms. Warren rejoined her team, her voice was almost gone entirely, aides said. She was greeted backstage by her husband, Bruce, who did the talking. He said he whispered into her ear, “You were fabulous.”

With a stack of endorsements from local and national newspapers lured by her centrist platform, a surprising third-place finish in New Hampshire and a cash infusion of $12 million, Ms. Klobuchar was suddenly awash in “top-tier candidate” punditry chatter and attracting a fresh -- and often first -- look from voters.

But with that sudden success came a withering torrent of criticism on the debate stage...

Corasaniti insulted other "largely white" newspaper editorial boards for endorsing Klobuchar, who they consider more moderate than many in the Democratic field.

Sitting in front of largely white and well-educated editorial boards across the country, made up of journalists who often have lengthy résumés of their own, Ms. Klobuchar was able to construct a portrait of her candidacy as one that was built on a bipartisan record in Congress and can appeal to independents.

Left unsaid by many of the boards, however, was Ms. Klobuchar’s dismal polling with people of color, particularly black and Latino voters. Her endorsements from newspapers in Iowa and New Hampshire, states with largely white populations, were more concerned with her immediate future in those contests....