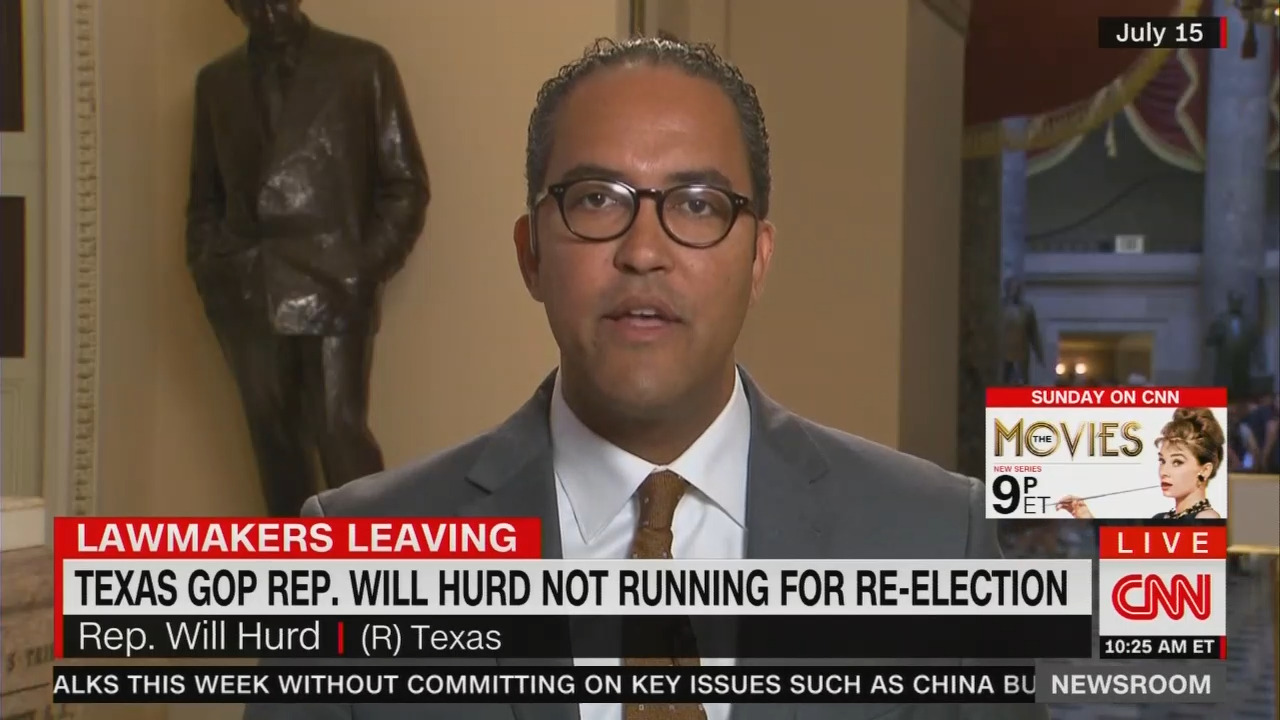 David Marchese, staff writer and “Talk” columnist for the New York Times Magazine, got some things off his chest during a challenging interview with black Republican congressman Rep. Will Hurd of Texas. He clearly used the interview as his own personal anti-GOP gripe session.

He introduced Rep. Hurd as “the only black Republican in the House” and pondered if he “could help forge a more inclusive future for Republicans,” who clearly need the help, judging by the tone of Marchese’s questioning.

* You’re a moderate conservative, but your voting record in the House aligns with President Trump’s position about 80 percent of the time. No one would call him a moderate anything. So what does “moderate” mean to you?

The term “moderate” may not fit him, but President Trump is certainly not a conservative when it comes to government spending or trade issues. And citing the “80 percent of the time” alignment to suggest Hurd is in ideological lockstep with Trump is a misnomer. After all, opposing Supreme Court Justices Ruth Bader Ginsburg and Antonin Scalia voted the same way 70% of the time in 2014.

*Texas is an increasingly purple state, in part because of the state’s rising Hispanic population. Is there any concern on your part that your approach -- the success you’ve had in connecting with that demographic -- is undermined by broader divisive Republican rhetoric?

*I’m not sure I fully understood the distinction you just made between showing people that the Republican Party cares and its policy. Isn’t it possible that Republican branding is not that great among the demographics you identified because the party pursues policies that alienate those voters?

*But what you’re fundamentally talking about is positioning or messaging. Don’t you think that, for example, the Republican Party’s being the party generally in favor of stricter voter-ID laws -- laws that have a disproportionately negative effect on communities of color -- is as much a hindrance to the party’s ability to attract voters from those same communities as messaging?

*The other thing that comes up most often when people write about you, besides your being a moderate, is that you’re the one black Republican in the House of Representatives. I have two questions about that. The first is whether that fact makes you feel any particular responsibility. The second is how you understand your party’s being the same party that’s the political home to the Steve Kings and Stephen Millers of the world?

*It’s one thing to make somebody cringe. It’s another to be credibly accused of espousing white supremacy.

*What goes through your head when you hear your colleagues refer to the “Russia hoax”?