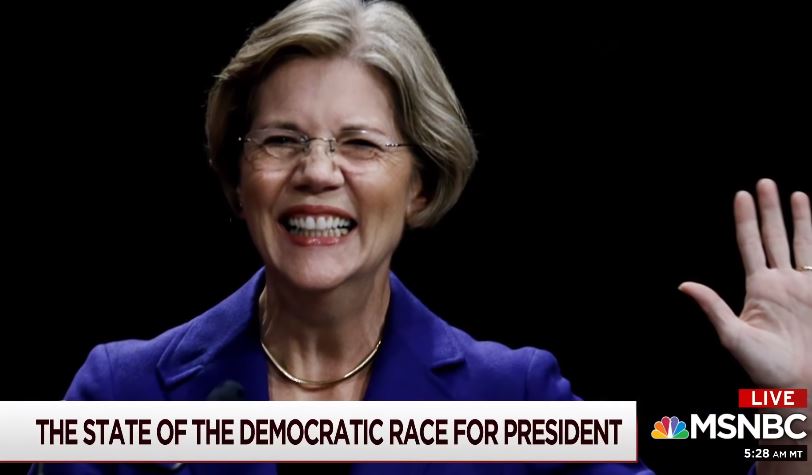 Reporter Shane Goldmacher had some hard-hitting news from the Sen. Elizabeth Warren campaign trial that made the front of Saturday’s New York Times. Her poll struggles as the voting public rejects her far-left plans to re-make health care and business? Not quite: “She Has a Plan For Telephoning Early and Often.” (That’s an affectionate take-off on Warren’s assurances of “having a plan” for everything.)

The online headline deck stood out: “‘Call Me Elizabeth’: Inside the Hours Elizabeth Warren Spends on the Phone -- She makes time to talk to kids, celebrities and state legislators. She’s not asking for money. She just wants to say hello -- and to court good will.”

Gideon Kidd of Cedar Rapids is the driving force behind one of the larger social media megaphones in Iowa. He has built a following of more than 340,000 with his @IvePetThatDog Twitter account where he posts -- truth in advertising -- photos of himself petting dogs.

Last summer, when his own beloved dog, Walter, passed away, Mr. Kidd received an outpouring of support, some local news coverage and one condolence voice mail message from a 2020 candidate for president: Senator Elizabeth Warren.

“It was very touching and sweet,” said Gideon’s mom, Rachel Braunigan, who added that the family was staying neutral in the caucuses.

She has made thousands of such calls over the past two years to key political leaders and influencers, according to her campaign, and Democratic officials say she stands apart for her prolific phone habit. She makes her case against President Trump, seeks out advice and tries to lock down endorsements.

Ms. Warren’s phone time, along with her 100,000 and counting not-quite-selfies with every rally attendee who wants one, has become interwoven into the fabric of her candidacy, inspiring something of a cult following and memes about her accessibility. (She also still calls every staff member, down to her field organizers, on their birthdays.)

Warren also has a "cult following" among the Times staff. During her hard-left presidential run, Warren has generally been cast as endearingly wonky, as in a Page One story from January 2019: “By the end, she had many in the audience cheering.”

A deeply silly “selfie” story from the Warren campaign trail appeared in July 2019, including a step-by-step graphic of just how Warren fans got their pictures taken with the great one herself. It took up two-thirds of a page of the ostensibly valuable news section of the paper of record, complete with 10 “selfies” shared by voters.

In October 2019, “As Warren Rises, Republicans Probe Her Biography for Points of Attack,” shamelessly hurled the “sexism” card at the GOP for daring to catch Warren in a lie about the circumstances of her leaving a teaching position in 1971.The text box: “Looking to a tactic that is often used against women.”