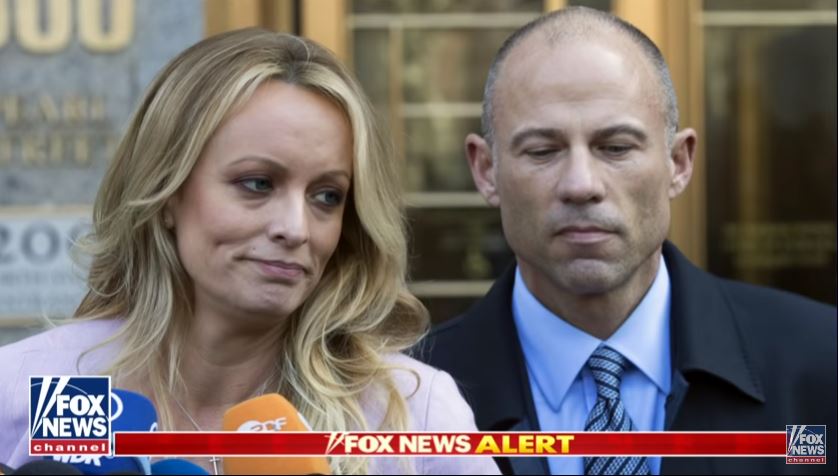 The pornographic film actress Stephanie Clifford moved on Wednesday to distance herself from the lawyer Michael Avenatti, saying he had filed a defamation suit against President Trump against her wishes and sometimes spoke on her behalf without her consent.

In a statement provided to The Daily Beast, Ms. Clifford, who is known professionally as Stormy Daniels, alleged that Mr. Avenatti had also repeatedly ignored her requests for accounting information about a legal defense and safety fund that has drawn support from donors; in the meantime, she said, Mr. Avenatti launched another crowdfunding campaign without her knowledge, attributing words to her that she never wrote or said.

Ms. Clifford’s criticism came during a turbulent time for Mr. Avenatti, who was arrested in Los Angeles this month on suspicion of domestic violence. In a statement provided to New York magazine and others in the hours after the arrest, Ms. Clifford asked people to “reserve judgment” but made clear that she would find another lawyer if the allegations proved to be true.

On Thursday morning, there was another unsettling wrinkle when Avenatti posted this on Twitter, a puzzler that will likely be ignored by the paper: “In response to press inquiries, note that that we have not yet confirmed whether any police report was filed last night naming Stormy or her husband. We ask that people reserve judgment until the facts are known.”

The paper certainly had no hesitation to call out controversial tweets from conservatives who came to Kavanaugh's defense.

The absence of a Kavanaugh reference was a strange omission for the paper, given that two months ago it reliably forwarded any and all allegations, no matter how unfounded, that spewed from Avenatti and his crew of Kavanaugh accusers. Here’s former Times executive editor Jill Abramson hitching whatever remained of her journalistic reputation onto Avenatti’s rocket in a September 28 opinion:

Dr. Blasey is not a lone accuser. Since her account was first published by The Washington Post on Sept. 16, considerable corroborating evidence has emerged, but none of it will be properly examined at Thursday’s hearing. Besides Julie Swetnick, Deborah Ramirez has accused Judge Kavanaugh of exposing himself and touching her while they were both students at Yale....

The Times reporters belatedly figured out, after Kavanaugh's confirmation, that Avenatti's shameless stunts did the Democrat’s anti-Kavanaugh smear crusade more harm than good, which might explain why the Kavanaugh crusade, which happened a mere nine weeks ago, has disappeared from the paper, and coverage of Avenatti's newest personal scandals spotty at best.