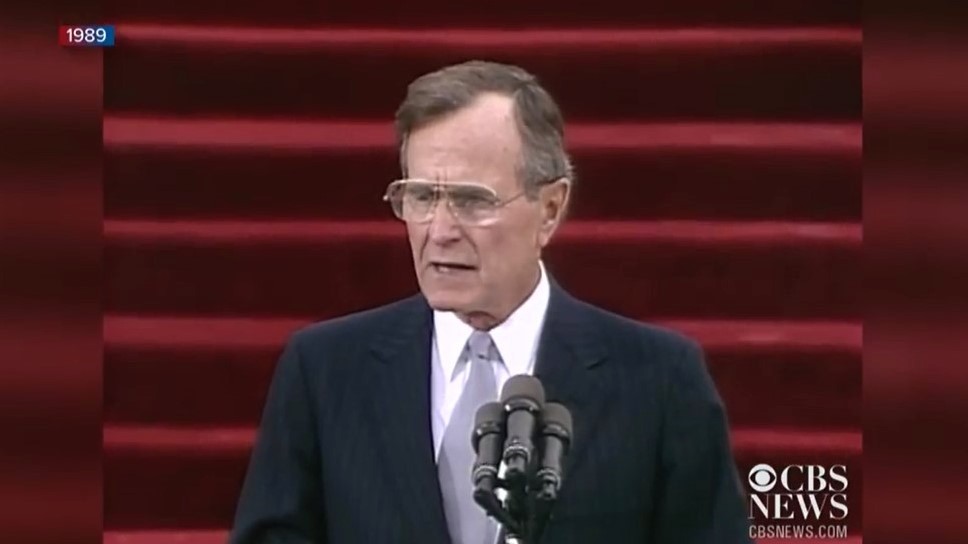 The death of former president George Herbert Walker Bush created a calm oasis of civil discourse, if only for a couple of minutes. It was appropriate to salute this man’s kindness and statesmanship, even when you disagreed with him passionately, as many conservatives did.

And yet, it’s a bit odd that pundits suddenly remember the kinder, gentler noblesse oblige of Bush’s presidency. This from the same industry that mocked him during his vice-presidential days as “putting his manhood in a blind trust,” to quote the comic strip Doonesbury.

As with Ronald Reagan, there is a vast difference between the warm memories of George H. W. Bush and the coverage of the man when he actually served in the White House.

Through the first President Bush’s entire single term, the media routinely slammed him for beating Michael Dukakis with “Willie Horton ads,” even though the Bush campaign never made one. The media rarely acknowledged that Horton had stabbed a gas-station attendant 19 times, and then when Dukakis released him on a weekend furlough, he raped a woman and stabbed her fiance in Maryland. But he was black, therefore it was racist, and supposed racism is always a greater offense.

When David Duke ran for governor in Louisiana, ABC correspondent Judd Rose claimed it was an outgrowth of Bush: “You might say that David Duke is the son of Willie Horton,” he said. “Duke is more overt, of course, but he’s really just pushing the same buttons and sending the same coded messages that the Horton ads did so effectively for the Bush campaign last year.”

Then there was domestic policy. Only when Republican presidents defy conservatives are they commendable. In 1990, the media briefly offered great tributes to Bush for breaking his “read my lips” campaign promise and signing a big, fat tax increase. He was a statesman for upsetting Newt Gingrich and all those other fiscally-challenged conservatives. Then 1992 rolled around, and after the tax hike, economic growth stalled and the deficit skyrocketed – just as conservatives had predicted. The same journalists that hailed Bush’s “courage” then blamed Bush for a recession, mocking him as out of touch for trying to buy tube socks at J.C. Penney to sympathize with the working classes he was apparently impoverishing.

The journalistic elites have not grasped that the willingness of the Bushes to take ritual beatings from the press made Donald Trump a much more attractive candidate in the eyes of the GOP base. Bush the Elder only employed his “Annoy the Media, Re-Elect  Bush” slogan when it was the desperate last days of his losing 1992 campaign. It did not resonate with the base. This should have been his opening gambit, not his closing one.

Bush jump-started his 1988 campaign by firing back at CBS anchorman Dan Rather accusing him of embarrassing America around the world with the Iran-Contra scandal. Prodded by Roger Ailes, Bush asked Rather if he would like to be judged historically for stomping off his newscast when U.S. Open tennis coverage ran long.

Conservatives hailed the sock-it-to-em moment. Then it ended.

Standing firm and advocating against the media’s relentlessly vicious partisanship – and not bowing to their ridiculous claims of being unbiased – should be the first requirement of any Republican politician on the national stage. It needs to be if he wants to get elected. Some really fine statements made about President Bush don’t change that dynamic.